I am not a larper. Or, to be more precise, I haven’t played for years. And between my last LARP and today almost everything about larping in Poland has changed. Yet, when the LARP community in Krakow decided to bid for the LARP Conference, I said I will help them. And help them I did.

During my early conventions I loved to play LARPs. Usually they were taking place after the last programme items (between 10 PM and midnight) and lasted for a few hours. Those conventions were held in schools, we didn’t have any costumes, and the only sign someone was a king was a sticker at his badge. But we still had fun. Later on I somehow stopped larping (I don’t really know why). 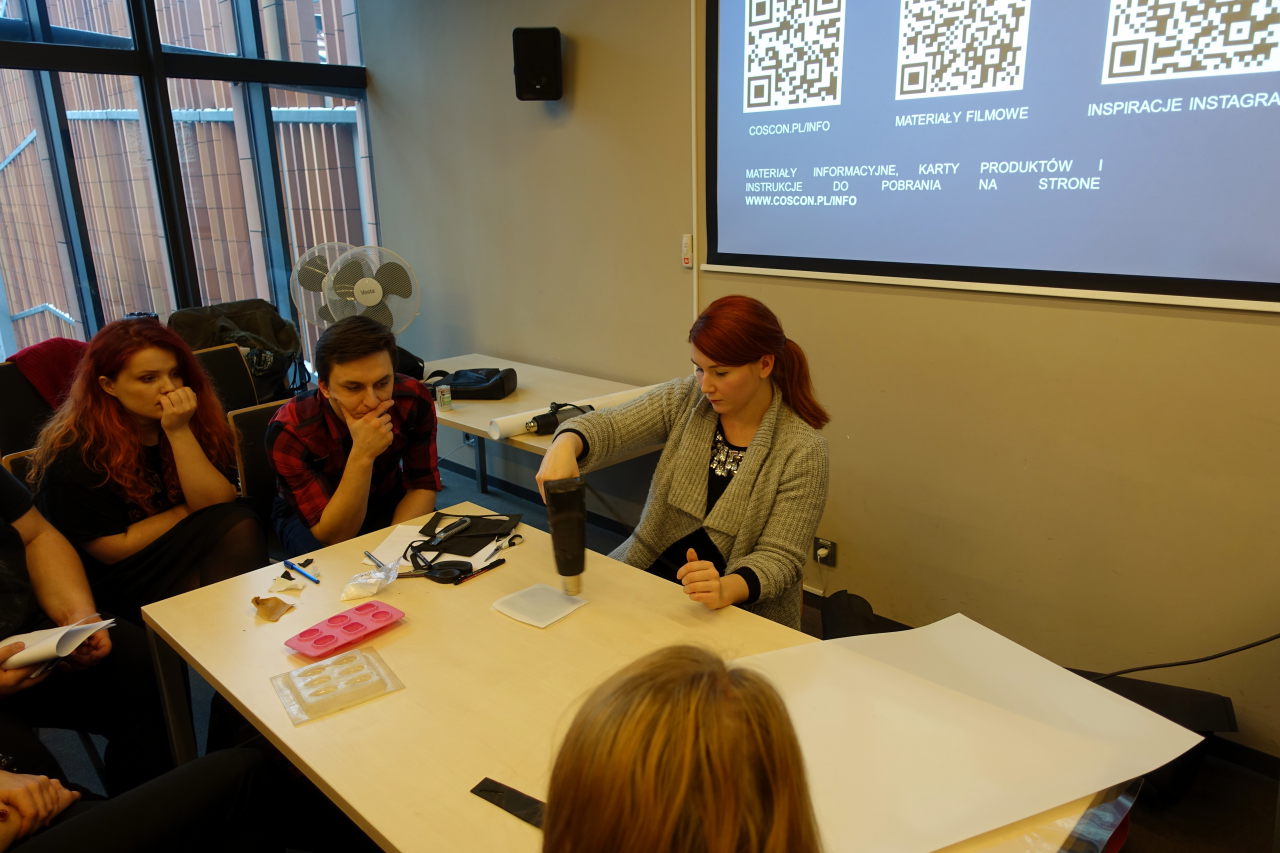 Over the years, the LARP fandom evolved. The progress I can see is terrific. There are multiple LARPs held not only during conventions but also as stand-alone events. Quite often I can see larpers wearing sophisticated costumes and having a lot of props on them. Some LARPs are now organized commercially and, judging by the pictures, they must offer an awesome experience. Unfortunately, it all makes it harder for me to play, as I am slightly terrified by the “professionalism” of modern larpers. So I do not play, but I keep tabs on the situation and I admire how larpers, their community and the LARPs themselves are evolving.

As I said, I declared to help during LARP Conference (KOLA – Konferencja Larpowa) in Kraków. Not being a larper myself, I was not able to do a lot, but I gave certain advice during the planning stage and I helped a bit just before the conference. And I gophered during the event itself. 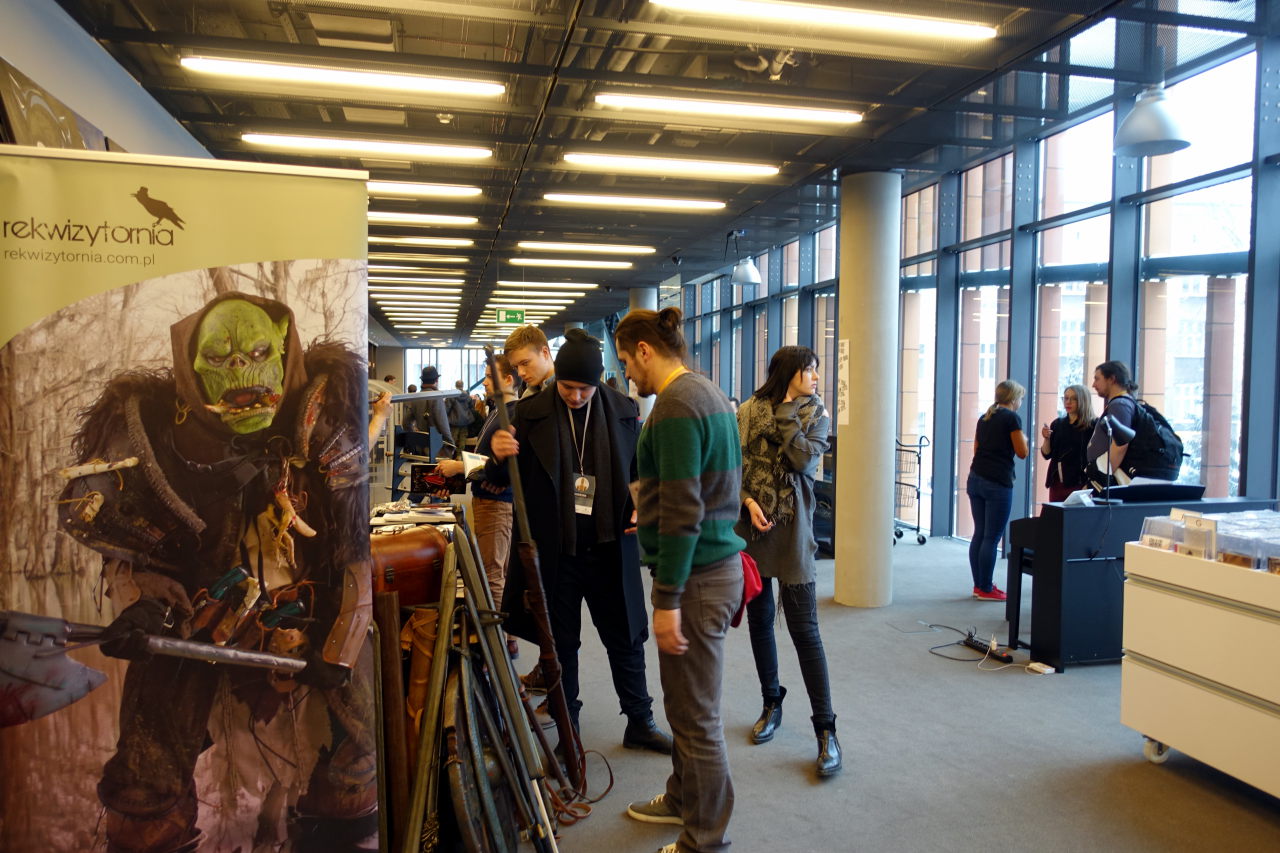 I am really happy that I was able to do it, as the event was pretty well organized. The fans who ran it did a great job and the support I was able to offer was not really necessary. From what I saw, the members of the conference were also happy and satisfied by how the event went.

The most important meal

People say that breakfast is the most important meal of the day. Larpers know this saying and they have an interesting custom. Every morning during the conference (meaning on Saturday and Sunday) there was a “Larping breakfast”. Organizers provided some food and all the people coming brought something with them, too. We were all sitting around the table, eating and chatting. This wouldn’t work on a big event, but on a relatively small conference, where not everyone would appear at 10 AM, it worked pretty well. 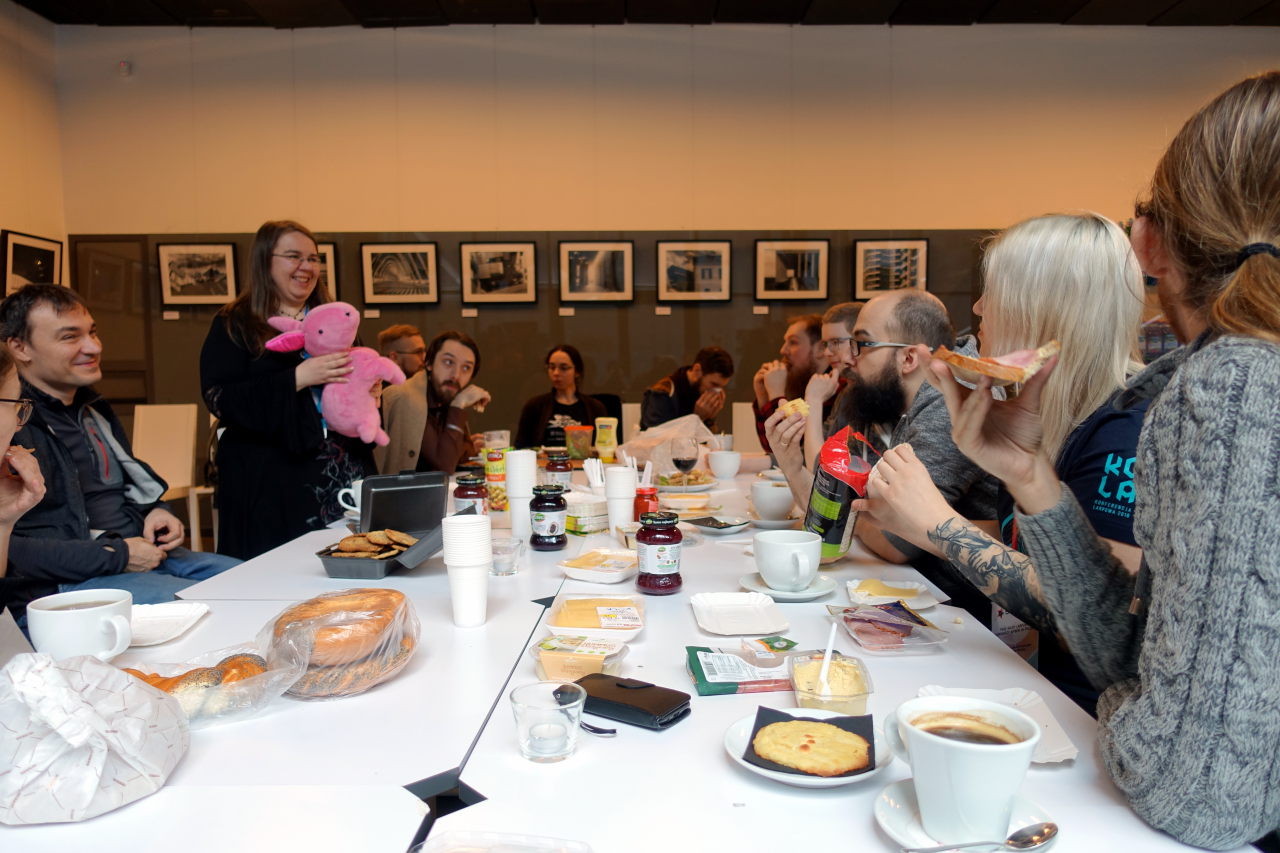 Breakfast in a nice atmosphere.

Such breakfast gives a nice opportunity to meet other fans, exchange a few words and simply make friends. It is somehow similar to the idea of a consuite (providing food and giving place for networking), but it is also different. Still, this tradition is really good and I know I will try to “steal” it for the next small, local convention I will be chairing.

What can an ex-player do during the LARP Conference?

I expected to spend the whole conference on talking to people and helping out. I didn’t even check the programme beforehand, as I thought as a non-player I won’t find it very interesting. So when I was asked to help in one programme room for 4 hours, I said that I was available – I don’t mind helping anywhere. And it turned out that my decision was the right one. For the first three hours a workshop on-non verbal communication was held. As I was already in the room, I decided it would be good to participate. It was really surprising and awesome. 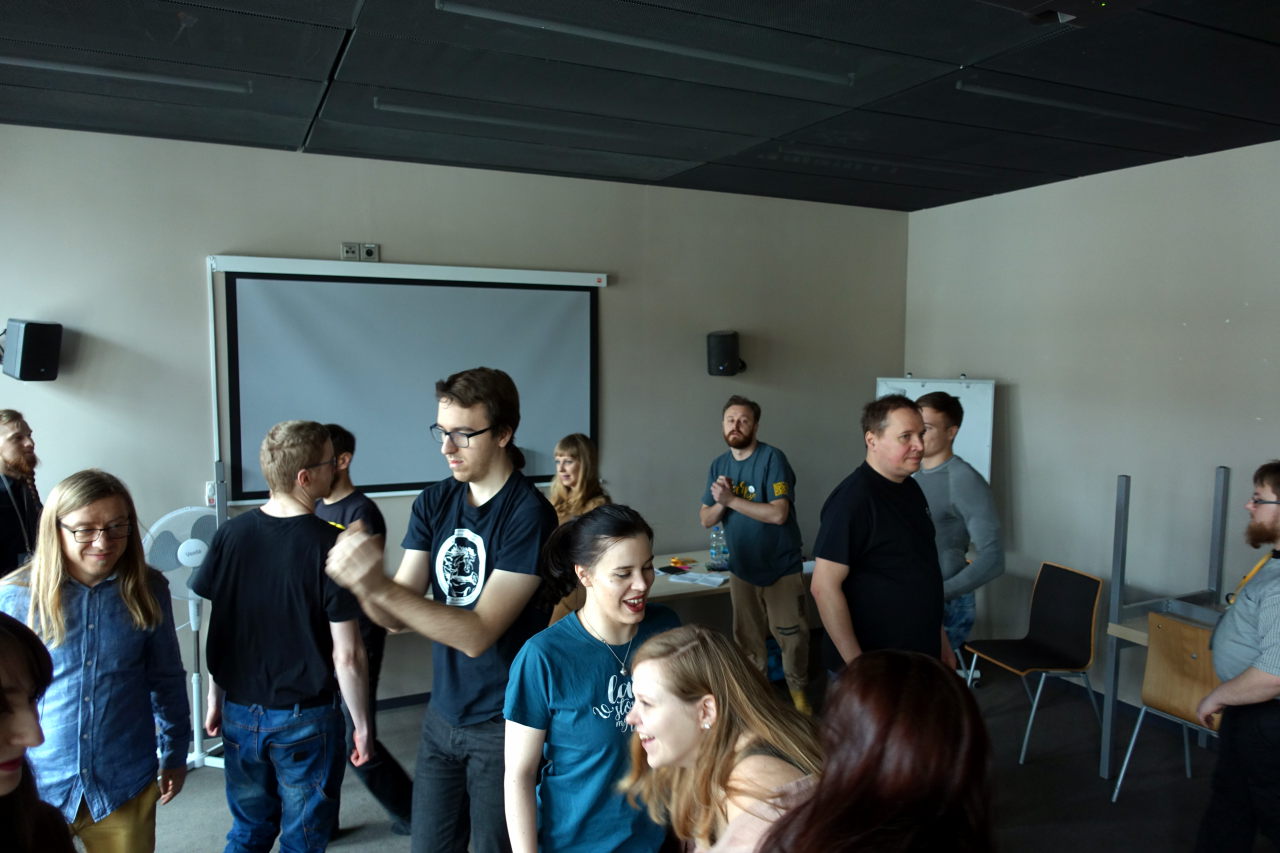 The workshop on non verbal communication..

First of all, participants were really eager to test everything. When we had to hug other people – everyone was happy to do so. It was awkward, but at the same time we were discussing what was happening and what we could communicate by it. The openness of everyone was really nice. After the workshop I talked with my friend and said that it was nice but that it should be clearly stated that the workshop may include hugging, holding hands etc. She told me that larpers have their own signs they would use if there were something they don’t like/don’t wish to do. Despite that, I still believe that it was wrong not to include a clear statement of what would be going on. I had really great time, though, and I learned a little bit on acting.

There were also some lectures I found interesting. They concerned game immersion or finding new larpers. I didn’t participate in a workshop on incorporating accessibility needs while creating LARPs, but I do believe that it was very valuable for people who do write LARPs. 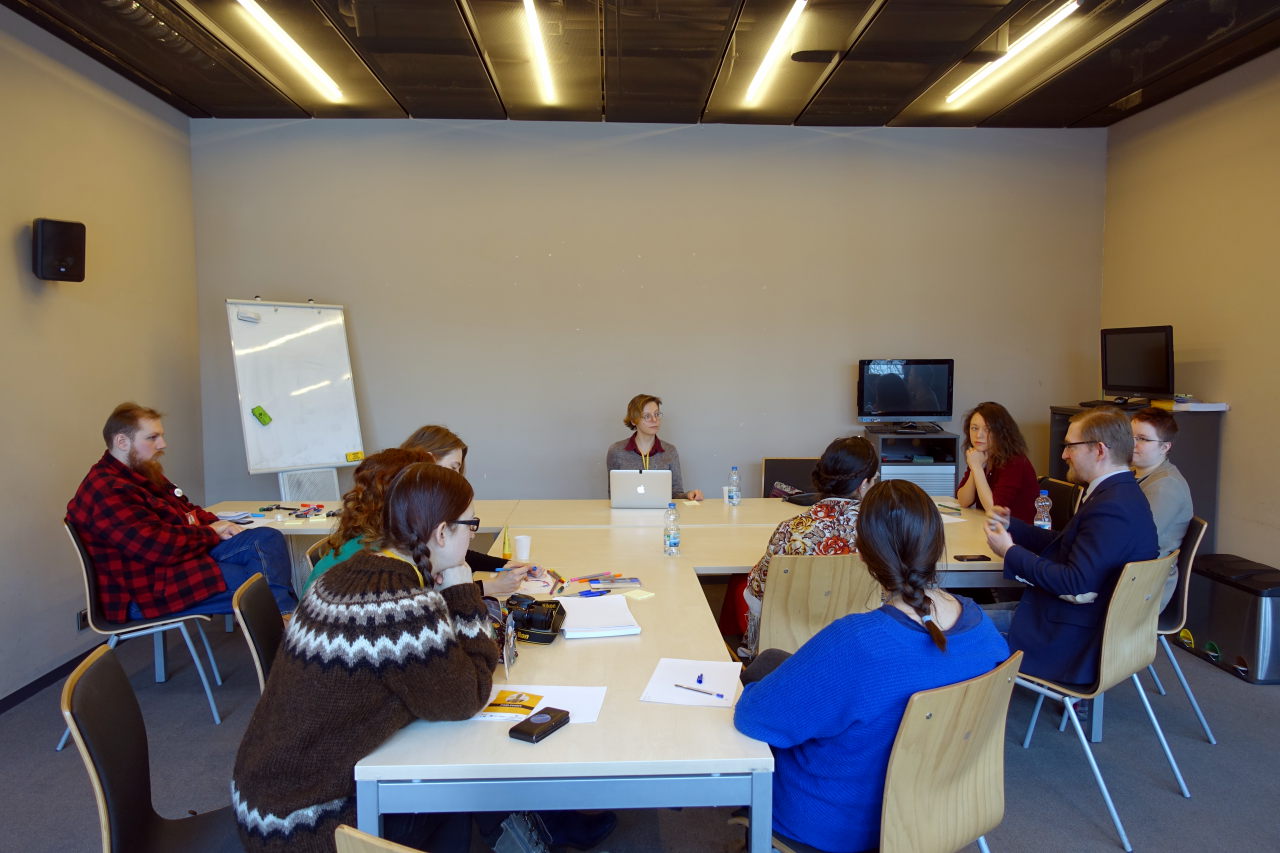 When KOLA was coming to an end, I had the pleasure to count votes for site selection in 2020. The winner was the bid from Katowice, so in two years, KOLA will be organized by the team who creates Orkon – the longest larping convention in Poland (lasting for ~2 weeks). 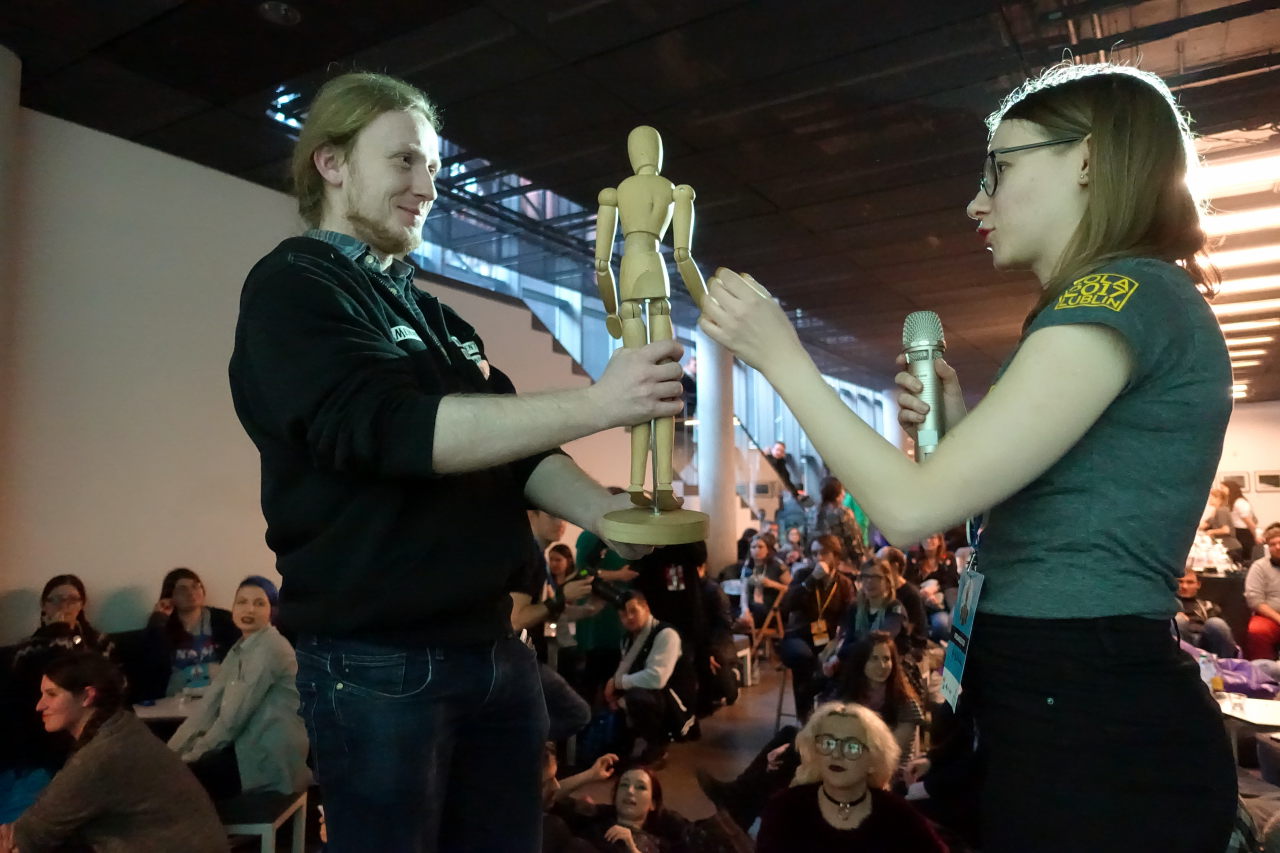 Closing ceremony – handing over the KOLA symbol “larpoludek” (LARPman) to the staff member of next years’s KOLA.

All in all, I now want to play. I won’t change my approach, and I don’t expect to start creating multiple costumes and going deep into the larping fandom, but I want to once again feel the pleasure of impersonating someone else to the fullest extent possible. Let’s see if I manage to do this in 2018.

My next post will be about Lajconik RPG convention and will ne published on March 25th.