Śląski Klub Fantastyki (Silesian SFF club) has been organizing Seminarium Literackie (Literary Seminar) for many years. Yet, this always was and still is a relatively small convention where almost everyone knows everyone else. This year, it was my second time at this event and I am really happy that I attended.

It is about meeting friends

The convention is designed in a way to give you plenty of time to talk with your friends. On Friday there was a campfire but I missed it as I arrived on Saturday. The first thing to do for me was to check-in into my hotel room (Seminarium Literackie is one of the very few Polish cons held in a hotel) and then I had the time to talk to people. I was told there was one dealer selling old conventions’ badges/pins and I went to check them. This was absolutely awesome. I have not only bought a few for myself but also a few that I am planning to use for raising money for European Fan Fund. 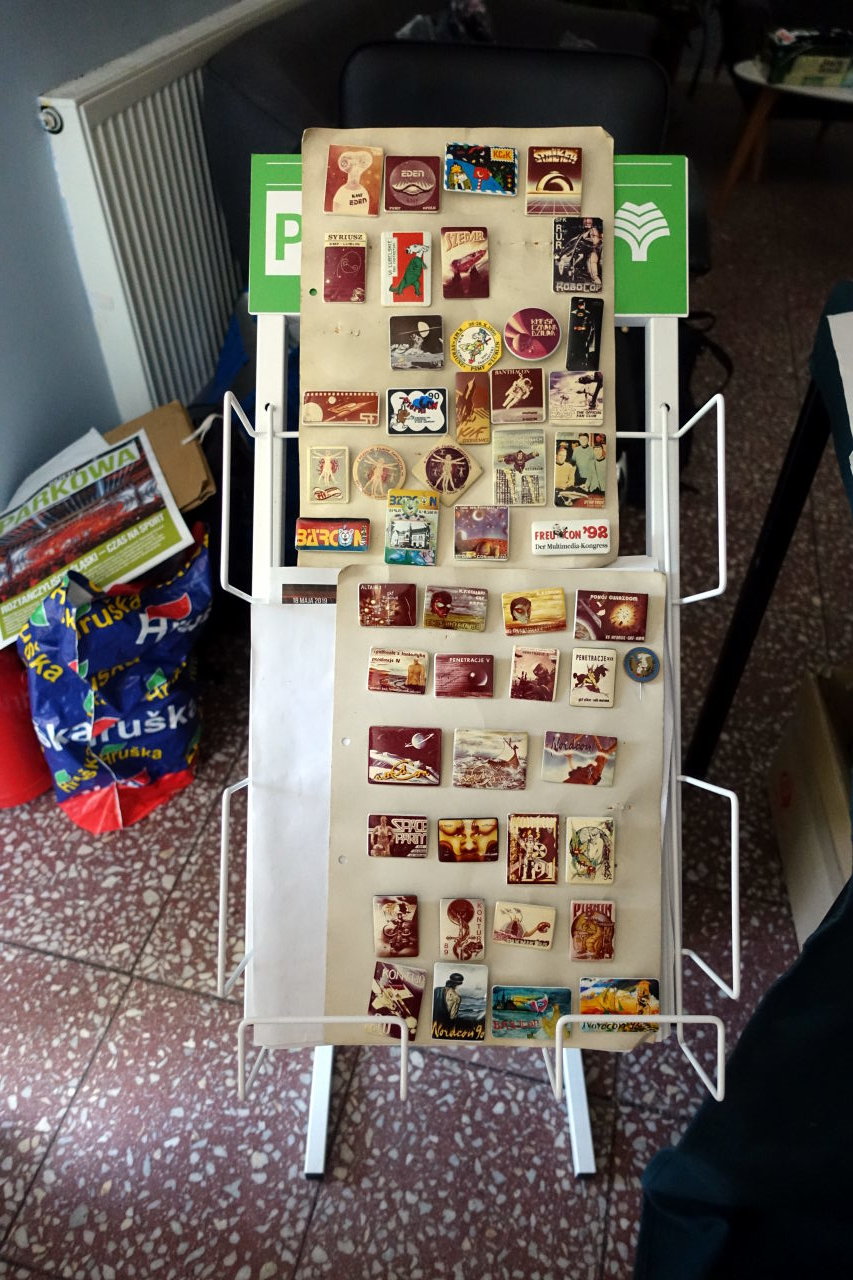 Historical badges were so great.

One of my favourite Polish authors, Agnieszka Hałas, was present at the con and as I have just finished reading her newest book the day before, we had a short chat. I wanted to understand some of the rules of the world she created. This conversation was quite interesting and definitely it helped me to look at her books from a different angle. I can really recommend her works and you may find some of them available in English online.

There was an additional attraction for participants – a cable car tour. It was semi-official and announced before the con. The convention venue is located around three to five minutes walk form the cable car station and the cable car takes you to the other end of the Silesian Park in Chorzów. It was a nice ride and I had a great company!

Very small part of the park as visible from the cable car.

Seminarium Literackie is a convention where one of the Polish SFF awards is presented. It is called Śląkfa and is awarded in three categories: Creator of the year, Publisher/Promoter of the year and Fan of the year. The award is presented during a banquet that takes place on Saturday evening. This year Śląkfa’s design was changed. Before, the statue was made of metal and from this year it is made of anthracite (what makes sense as Silesia is a coal mining region). 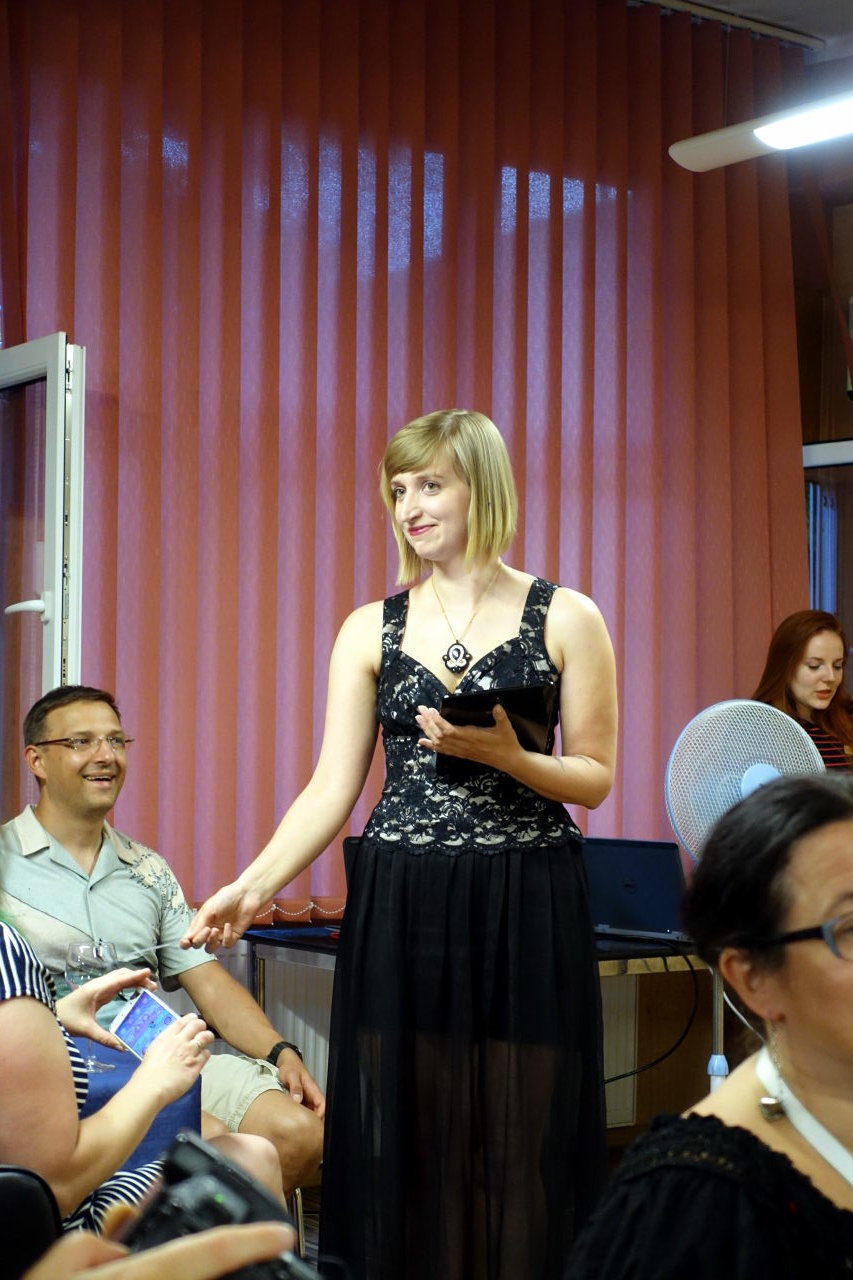 Current chair of the Śląski Klub Fantastyki just before the award ceremony.

I am quite happy with the results of the award. The title of Creator of the year went to Piotr Cieśliński (the artist well known in Poland for his magnificent covers). The Publisher of the year award went to Piotr Milewski and Mikołaj Wicher for publishing the anthology of queer nano-larps called Prism. As far as I know, this is the first such publication in Poland and I am really happy that it received recognition. The Fan of the year award went to Maciej “Toudi” Pitala for his work at countless Polish conventions. 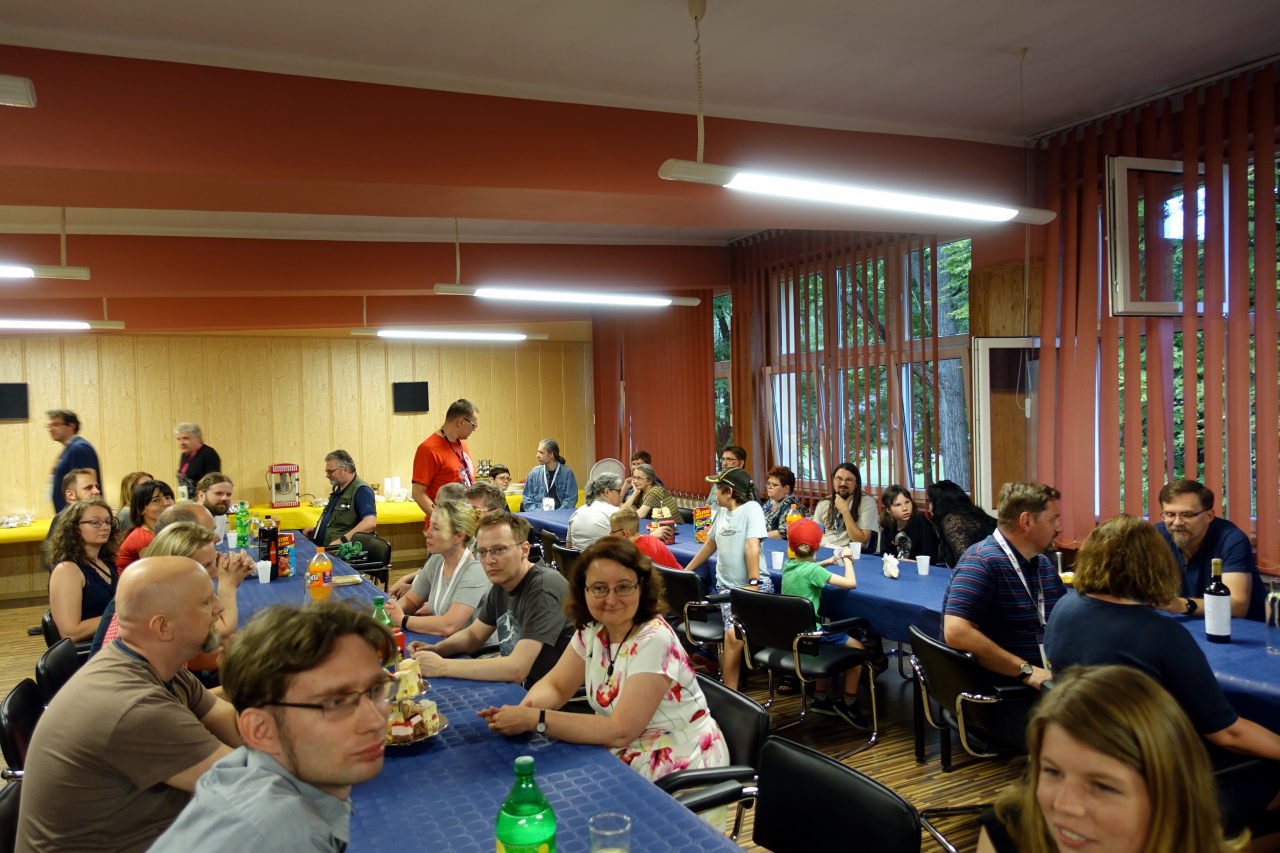 embers waiting for the award ceremony and banquet.

There was a banquet held after the award ceremony. It was a quite informal gathering so that people could eat and talk and eat and talk and so on. Apart from some sandwiches, cakes and fruits there was also a chocolate fountain and everyone who knows me can guess that it was an important thing for me ;).

The programme that adds some spice

As mentioned before, this convention is small and there is not a lot of programme every year. Everything took place in two conference rooms. One of them was reserved for literary workshops and the other one–for presentations. There were a few interesting items including the talk by Agnieszka Hałas. I also got a chance to listen to a panel on “What would happen if Tolkien never wrote The Lord of the Rings”. It was an interesting discussion, although I had to disagree on a few points with one of the panelists. 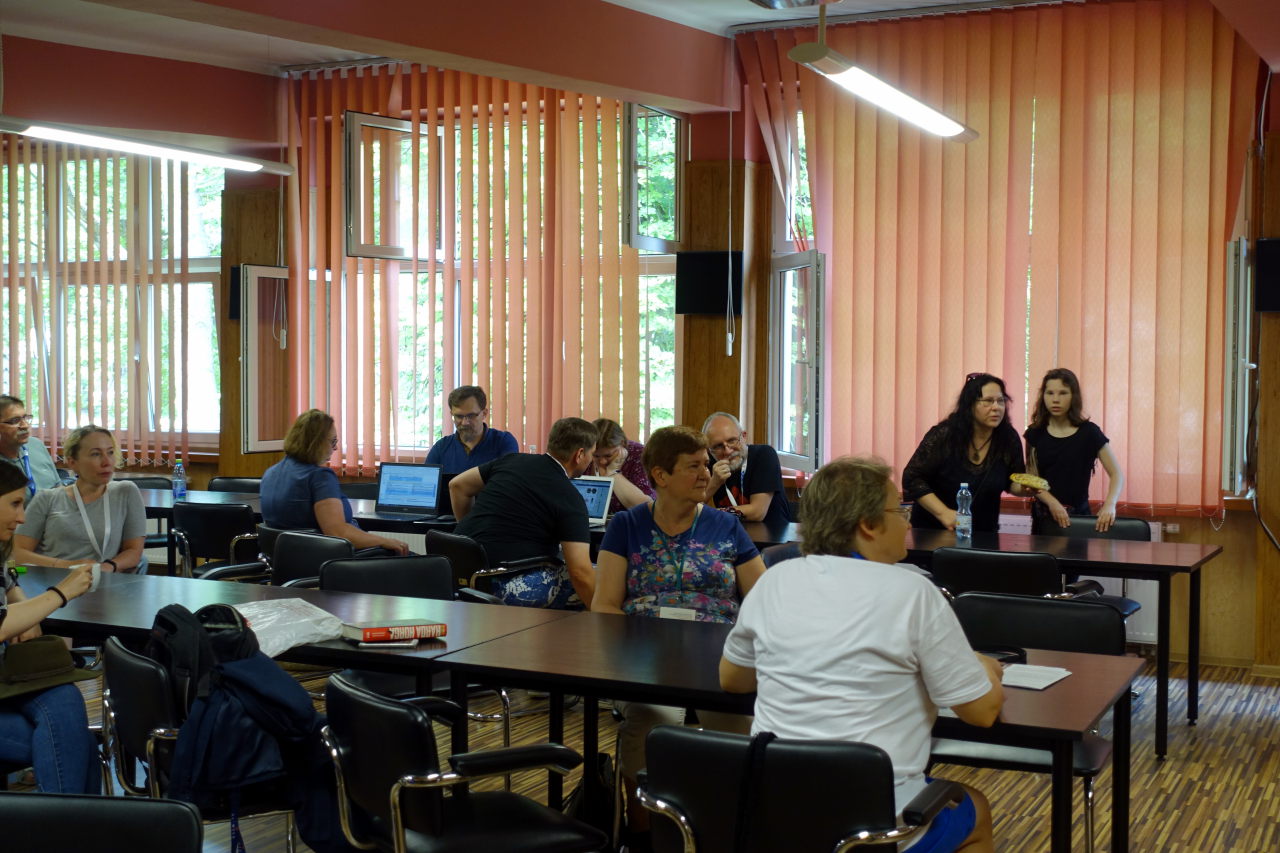 The first programme item I attended.

All in all, Seminariunm Literackie was really good. I had a good time with my friends and I was able to attend some interesting programme items. Lastly, it was a chance for me to get some historical fannish items.

My next post will be published in the second half of July.