Nordcon is a Polish relaxacon that conveniently takes place at the end of the year. In recent years, it was the last convention of the year for me. 2019 was no different – Nordcon 2019 took place over the first full December weekend and unless something surprising happens, it is, as of now, my last convention this year.

Nordcon takes place in Jastrzębia Góra by the Baltic Sea. As it is a really cold season, the beach is almost completely empty what allows us to really appreciate its beauty. I really love going to the beach during Nordcon – being it a daytime or at night – wind, freezing cold* and the Baltic Sea. This year, my friend with whom I shared the room with, wanted to get up early and visit the beach, so we managed to see the last glimpses of the sunrise. 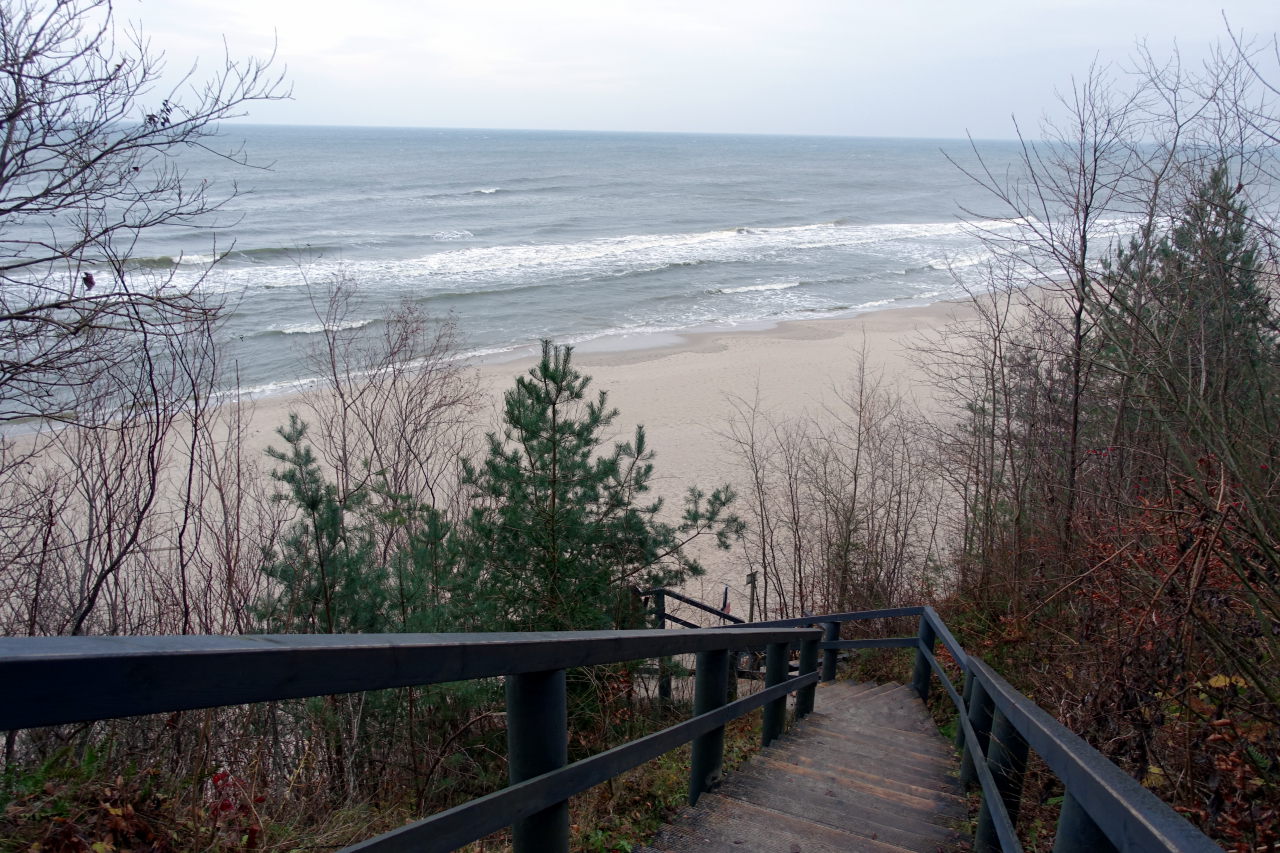 Those are the stairs that took me from the beach to the shop (on the second day of Nordcon).

Of course the beach, although absolutely terrific, is not the main venue for the con. For many years Nordcon is held in Primavera resort. There are two buildings connected by a skyway and the convention occupies both of them completely. We take over the rooms, and cafes, and conference rooms and the swimming pool with sauna (this year I somehow missed it).

The truth is that programming is not the most important part of Nordcon. It is present each year and there are always some interesting items, but is not at the heart of the con. This year I was surprised, as there were really many items I wanted to attend. I did not manage to visit all of them (as I wanted to socialize as well), yet I found the programme very interesting. The most terrifying (and very good) were two talks on climate change and what can be possibly done to prevent the disaster. 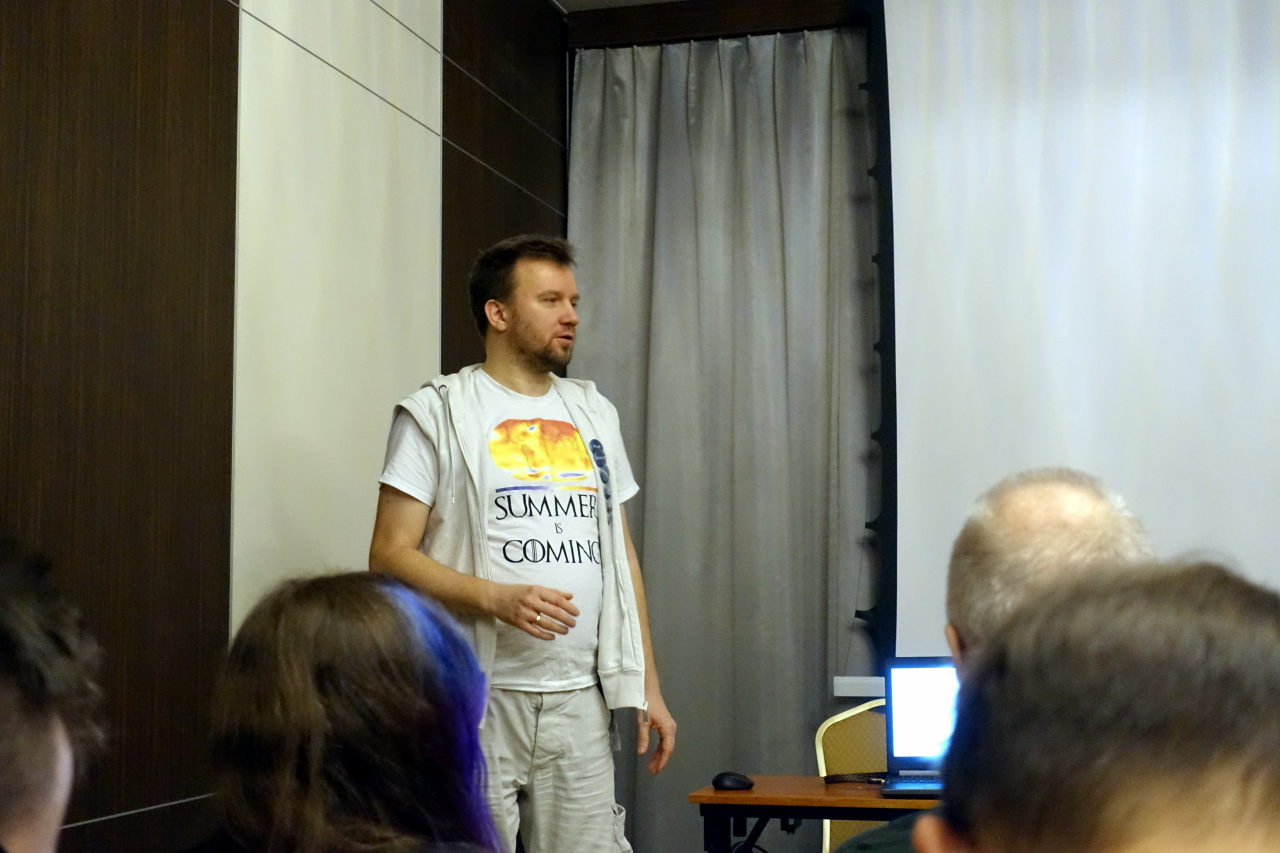 Very good Nordcon talk on what we can still do to prevent catastrophical climate change.

It was proposed by one of the members that maybe we could have a screening of a Witcher fan film – Alzur’s Legacy – Half Century of Poetry Later that was released that weekend. The organizers managed to prepare a screening for us. I am happy that it happened. Maybe the movie was not the best, but I am somehow proud of the fellow fans who made it. The task was really ambitious and even if the movie lacks some qualities, it is a great piece of fanac.

I loved the theme and design 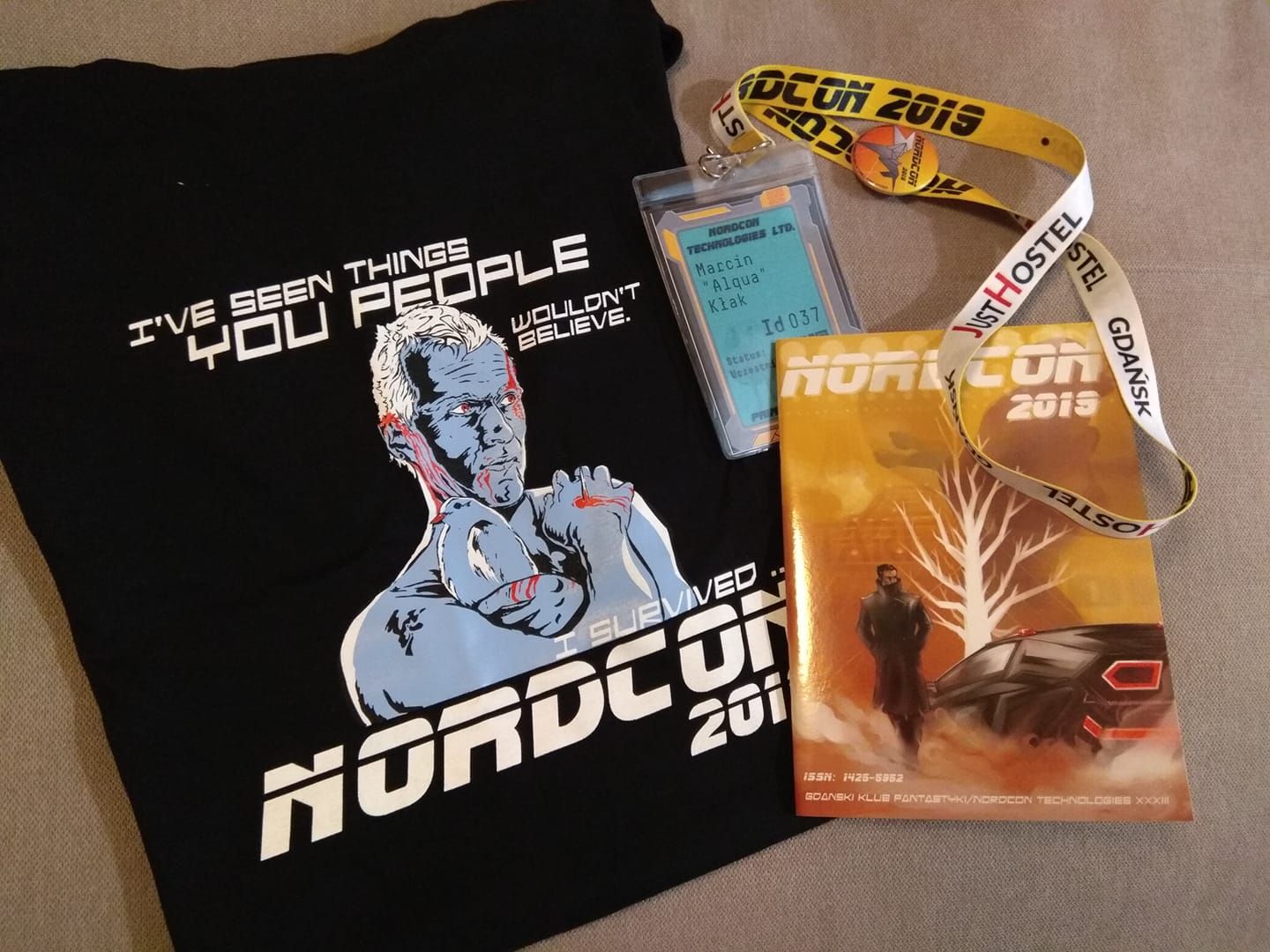 I really love all of those items.

If this was not enough, the organizers prepared two short movies using scenes from Blade runner film and adding some fake Polish subtitles exploring the inside jokes of the con. On top of that, there were other things that added extra flavour to the con – links to the Voight-Kampff test on the convention page, naming the sky walk “Deckard’s bridge” etc. All that (and a few other things) made this years’ Nordcon a memorable experience.

Nordcon is about spending time with your friends. I started it relatively early with a long train tour from Kraków to Gdynia – there were eight of us going and we had a great time. Over five hours passed quickly on chatting about the genre and hobby and all other topics.

Then, at the convention, I had to somehow split my time between friends from all parts of Poland and those who came from abroad. I have a feeling I did not manage to spend enough time with everyone, so I suppose I need to come to Nordcon again next year… 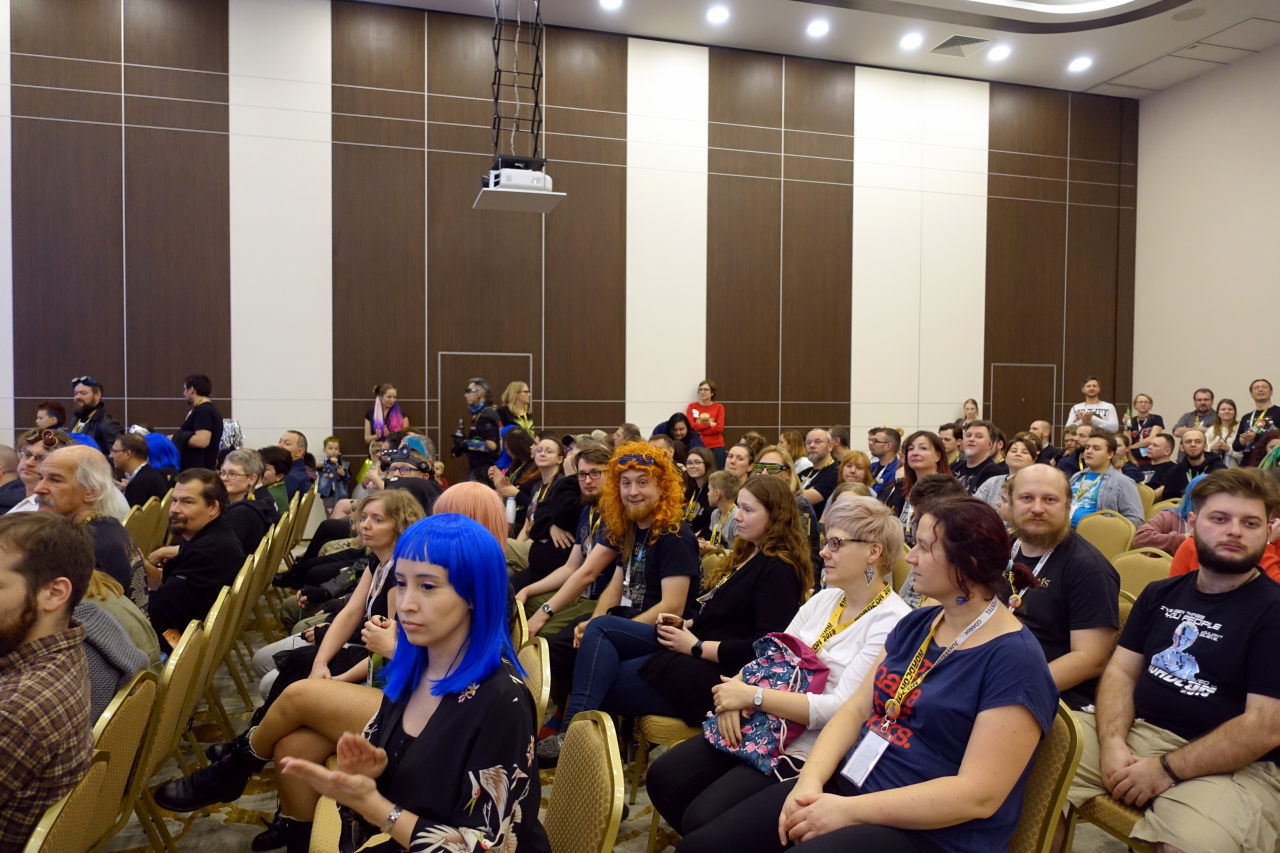 Roon full of people during the Closing Ceremony of Nordcon 2019.

Unfortunately, everything good comes to an end and Nordcon 2019 was not an exception. On Sunday, we had to head back south and now I miss the convention. For the next year, the organizers plan to make the convention last from Wednesday till Sunday, so I will have more time to spend with everyone.

A good closing of the season

As mentioned before, Nordcon was a season closing convention for me. I really enjoyed my time there in all regards – programming, socializing and everything else that makes the convention experience. I am looking forward to the 2020 season and all the cons I am going to visit next year.

*In fact, it was not freezing but quite cold nevertheless.