For a few weeks, I had been wondering whether I should visit WisCon or Balticon. They took place over the same weekend and I knew I would prefer to attend just one of them. Eventually, I waited for the programme to be announced and based on it, I decided to chose Balticon. It was not an easy decision. I’d always wanted to visit WisCon, but I had to make a choice. Nevertheless, I hope that I’ll manage to attend WisCon in person in future.

The next difficult decision to make was which programme items to choose. During the large part of the con, there were four concurrent programme streams (not to mention other attractions). All in all, now when I am looking at the items I selected, I can see that I was somehow leaning towards the Science track.

I must admit that I was not disappointed by the programme items I visited. Of course, not all were perfect, but many of them were really great. One of my favourites was The Left Fin of Darkness by Eric Haag. The talk firstly treated about The Left Hand of Darkness and human biology portrayed in the book. Then, the presenter moved to the presentation of animals which have partially similar sexual biology. It was a really great item and I recommend you viewing it here. 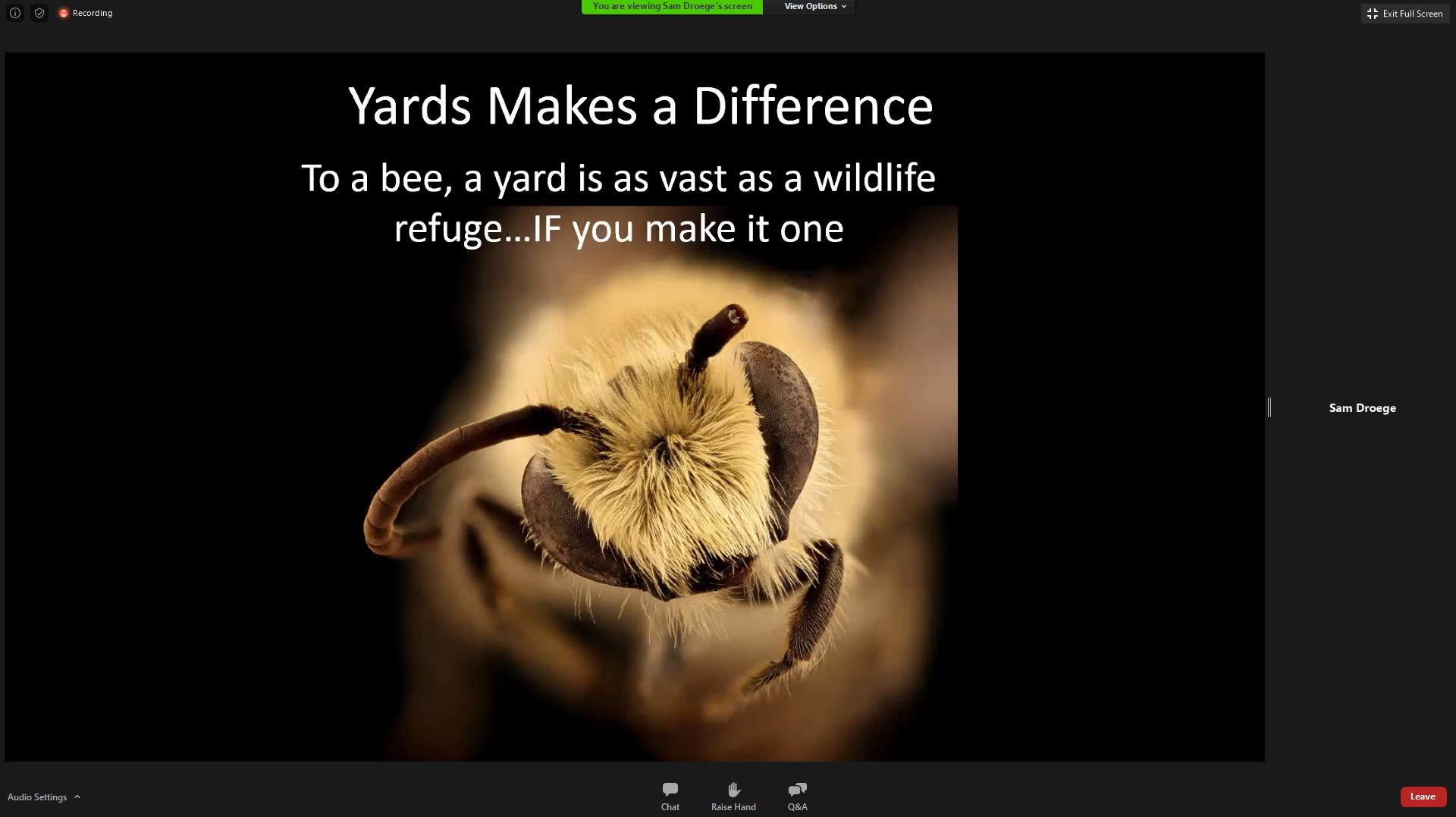 Screenshot taken during the presentation about bees.

The other items were also really good. It is not possible to mention all of them but I enjoyed the talk Is there life on Mars by Patricia Ann Straat who is a biologist that had been involved in the Viking mission years ago. She also recently published a book about this topic. Also, the Life on a Little Known Planet: The Ant Kingdom, The Update by John LaPolla was quite impressive. As for the rest of the items I visited, they were mainly good or very good. I don’t want to make this report really long by listing all of them,but if you’re interested, the BSFS YouTube channel features quite a few of them.

As you probably know, I really like filk so I am usually trying to have at least a glimpse of it at the cons I’m visiting. Balticon was not an exception. Unfortunately, there were a lot of things to do, so I only managed to listen to the one concert (at least till Monday). The filk circles were happening at night Baltimore time, so they were out of reach for me.

The good thing is that it was announced on Monday that the Dead Dog Filk would be starting at 2 PM local time, so I had a chance to attend it. I stayed just for an hour and listened to a few people singing. I also allowed myself to sing my only filk (so far). The event took place on Zoom and I must admit that the platform works surprisingly well for a filk circle.

The convention had a short and nice opening ceremony. Instead of the closing ceremony, there was an item where organizers were answering questions and receiving feedback. It worked pretty well, I believe. I also enjoyed the DisCon III panel/Q&A session. I am not sure whether I’ll manage to visit the con in person, but I hope so (and I think I will volunteer whether I’ll go or not).

A lot of fannish stuff happened on Discord. I believe that some things took place in Second Life as well, but I don’t play this game, so I didn’t check. Still, the Discord platform was busy enough. There were a few channels devoted to loose conversations. Whenever needed, new channels were added during the con including one named #virtual-cons-discuss. As a conrunner, I was really interested in the conversation that took place there (and in which I participated a bit).

Similarly to SFeraKORon there were dedicated Discord icons available.

There were multiple dealers on Discord (I must admit that I haven’t checked their offer) and there were also many fantables (I spent a lot of time here). Each fantable had both text and voice channels. Although the first ones were more popular, I had some pleasant conversations on DisCon III voice channel. I believe that the fantables gave me the most of the “you are at the con feeling” (and in fact, I visited only the Worldcon and Worldcon bids channels).

What I regret is that I didn’t manage to volunteer despite I had been planning to do so. I think it would allow me to meet more people – this is my lesson for the future.

Fear is the mind-killer

For some time, I wanted to try playing RPGs in English. Yet I was also afraid whether I’d manage to participate in a session in a foreign language. As Balticon had a gaming track, I decided I would finally give it a try. I asked the Game Master (Sheldon Smith) whether he would not mind if I would make my “language experiment” during his session. He mentioned it is not an issue and finally, on Sunday afternoon (or morning for the rest of the players), I had my first ttRPG experience in English.

I took the screenshot when we only started playing – during the introductions.

It was not as scary or difficult as I imagined. Of course, if I were to play in Polish, I would be able to provide some more ornate descriptions, but I think it was not that bad. Of course, playing required even more attention than usually but it was fun. Now I know I need to try it again :).

It was also the first time for me where I played with figures and tactical maps. I usually play without a map or we use it only in certain conflicts/fights were it is really needed. So the session was a new experience for me and it showed me a different approach to gaming (and this is the main point why I am playing RPG at conventions). 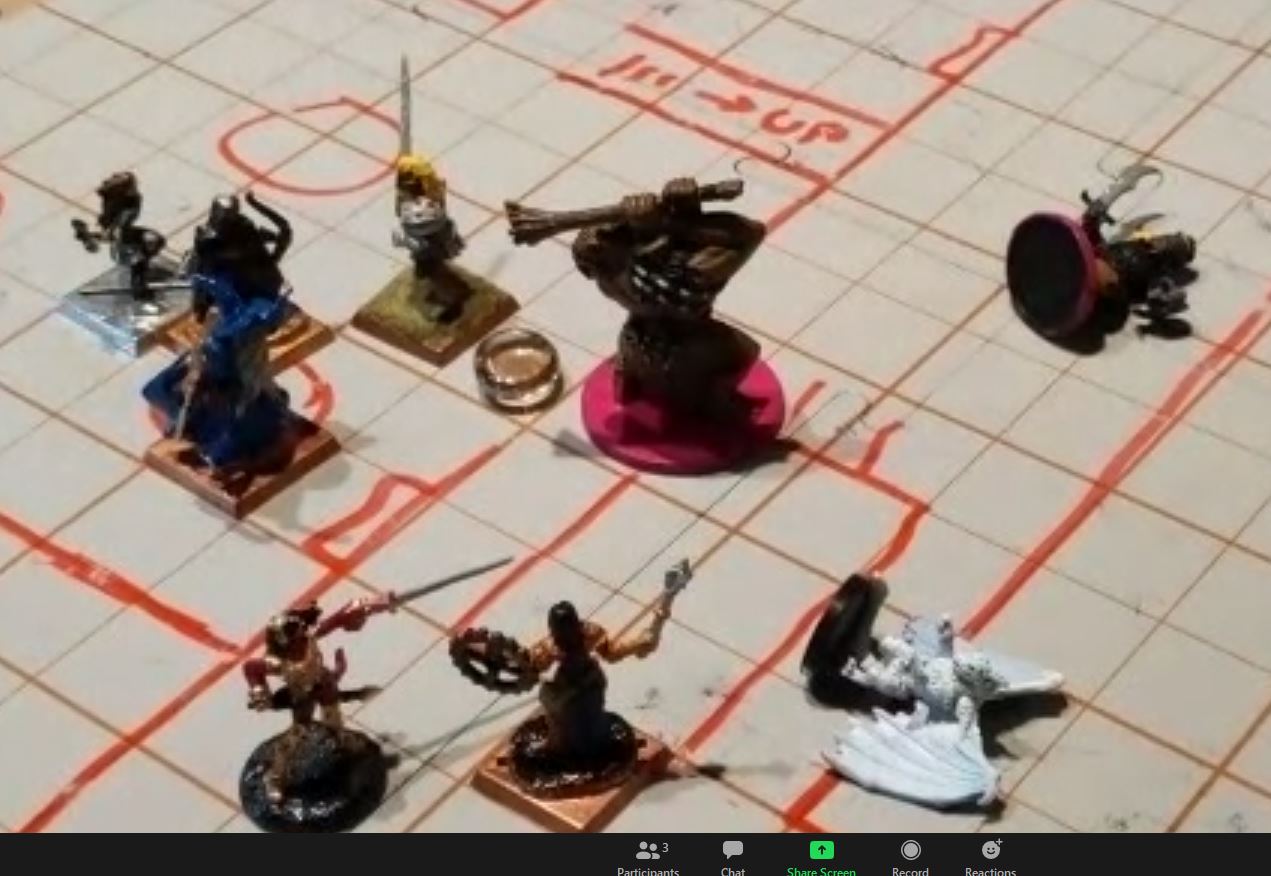 This is the first fight during the session. Trust me or not but this is happening in an inn.

Although Balticon was free to participate, the organizers launched a GoFundMe campaign. For certain donations one would receive the convention badge and the souvenir BSFan book. The latter was not yet sent but the badge is absolutely gorgeous. I can say the same about a few other artwork pieces used by the con. The badge graphic was created by the Balticon’s 54 Guest of Honour – Lee Moyer (https://www.leemoyer.com). 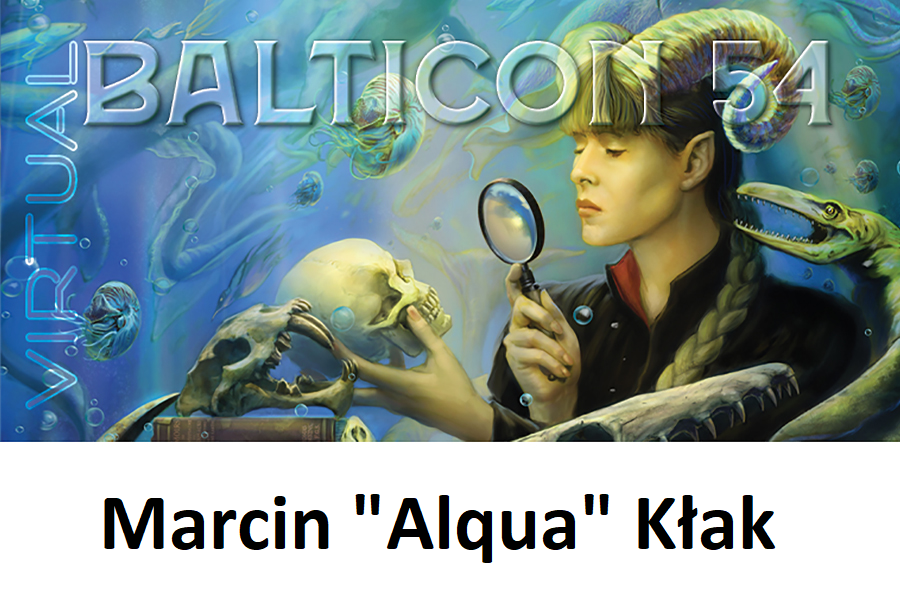 magnificent badge with a graphic created by Lee Moyer.

The reason why I decided to support the con (apart from the fact that I wanted to have the badge) was related to the goals of their campaign. When I read what the plans and needs of the BSFS were, I thought that it was worth to support them with a higher tier than not just $5.

As I mentioned above, the convention was pretty big. According to the organizers over, 1000 people logged in to the Discord server over the weekend. There were also fans who attended programme items without even checking Discord.

Thank you picture that was posted on Balticon’s Facebook.

I really enjoyed the time I spent at Balticon 54. Both programme and interactions with other fans were satisfactory. After the convention, I experienced a feeling of loss and I wanted to come back (I still want to do so). Maybe one day I’ll manage to come to in person Balticon but for now I treasure the memories I have from the virtual one.