Last year, I learned about Orichalcum – a convention devoted completely to Earthdawn RPG. I wanted to visit it but getting to the conplace would take too much time and I didn’t manage to attend it. Still I promised to myself to come to it one day. And this year attending Orichalcum was really easy because it took place online. I believe we all would prefer to be there in person but we had to cope with what world prepared for us.

Earthdawn, Me, and Orichalcum

Although I heard about Earthdawn long time ago, I actually hadn’t played it until two or maybe three years ago. I had the opportunity to check out the system at a con and I found it very amusing. When I had the next chance to play Earthdawn (at another con), I did it and it was, again, a superb experience. So when I learned about Orichalcum, I really wanted to attend it even though I am not an Earthdawn specialist of any kind. 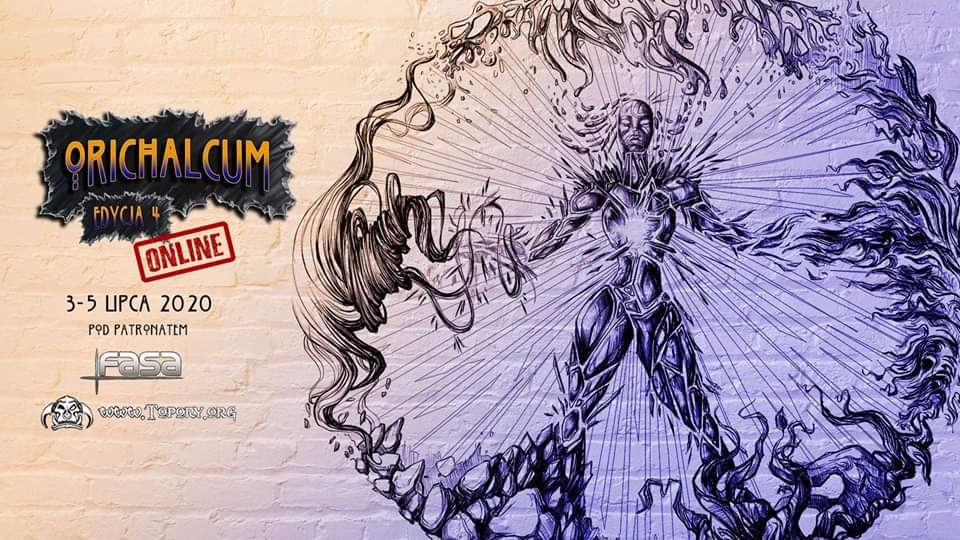 So the problem I had was the following: Orichalcum is an event targeted at Earthdawn fans while I just played a few times and I simply liked it. I was slightly concerned about how it all would go. Fortunately, it went pretty well. The programme (apart from the gaming sessions) was not very rich, but I managed to find some interesting items. In fact, I was fascinated by the West Marches presentation and I am really tempted to join this event. It is a campaign held online where multiple players and GMs participate. From what I understood, it is allowing players to suggest topics to explore and then some GM takes them ‘on board’. It may turn out to be real fun…

There was also a meeting with the Earthdawn publisher – FASA games. Discussions about the details of upcoming source books and questions about details of the world and its history weren’t quite so interesting to me* but I was really amused by the talk. I really loved the familiarity between concom and the publisher. Listening to their conversation and remarks was heart-warming.

Before signing up for gaming sessions, I wanted to confirm whether they would be beginners-friendly. I was told that they are, however no one could promise me that my character would survive. Still, that was a risk worth taking. I managed to take part in three different sessions. I decided I would explore one class and in all three sessions I played as a Beastmaster. It was definitely a cool experience and I would love to experiment with this class even more.

My character sheet at one of the sessions.

As usually at a convention, each GM had slightly different approach to gaming. All three sessions were either ok or better and I think this is a big plus. The sessions and the con made me wondering that maybe I should buy core books for Earthdawn and maybe I should start GMing? At this point, I am not sure but I feel tempted.

Orichalcum was hosted on Discord with possibility to play sessions on other platforms/use some other tools (like Roll20). Everything went quite smoothly with no bigger issues. I was also impressed by the official Earthdawn 4th Edition character sheets on Roll 20. They worked pretty well and were coupled with macros to roll dice. If you are playing Earthdawn online I highly recommend it.

What I missed was the badge from the convention. I really love badges and even if they are virtual only I collect them. There was also one more aspect that was missing – integration. Maybe something more was happening on Discord at night when I was sleeping but during the day it didn’t. And I regret it as judging by the programme and sessions I would love to know the people from Orichalcum more. 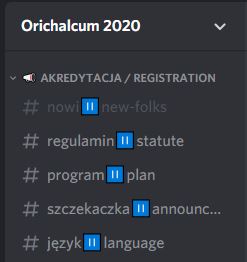 It is worth mentioning that Orichalcum was a Polish convention open for international participation. Part of the programme and a few game sessions were held in English and both Discord channels and Facebook announcements were in both Polish and English. I am not sure how many foreign members there were but I believe it was a great idea.

A Good Place To Be

My first Orichalcum was good and entertaining. I would love to continue this adventure and attend it next year (hopefully in person). What will happen – I don’t yet know but I keep my fingers crossed for having enough time to attend it.

*In fact it was interesting although I understood way less than more experienced people.