For the second time Kapitularz had to be organized online. Similarly to last year I managed to attend it. I rather enjoyed the con however I missed socializing. Yet let’s move to the details.

Remembering Some of Those Who Passed Away

Although the convention was officially starting on Saturday one programme item took place on Friday. It was devoted to remembering of Sir Terry Pratchett. The speaker was Piotr W. Cholewa – translator of Pratchett’s works into Polish. During the talk Piotr provided multiple stories form the occasions when he met Terry Pratchett. The funny ones were a light driving away the clouds of sadness.

On Saturday Krzysztof Sokołowski had a talk to remember a Polish fan, translator and publisher – Wiktor Bukato. I have not met Wiktor Bukato yet I knew his name since ages because of his translations. I also managed to read some of his fannish memories and it was a great reading. I regret he was not active in fandom in recent years. I would love to meet him. I did not get this chance but at least thanks to the presentation I learned more about Wiktor and his work. 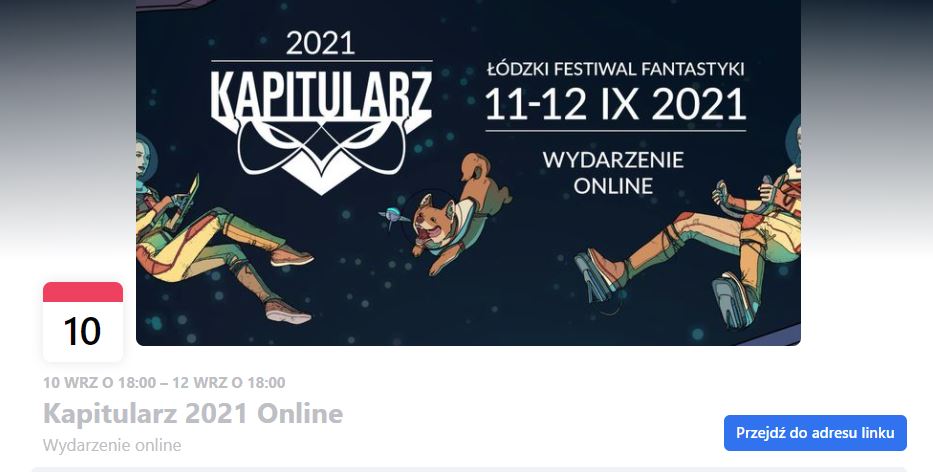 The Year of Stanisław Lem

Apart from the two sessions mentioned above there were other interesting programme items. I enjoyed presentation about Ukrainian fandom’s history and present. Both the talk and the described evolution of fandom were fascinating.

This year is 100. anniversary of Stanisław Lem. It is celebrated nation wide and the year is officially The Year of Stanisław Lem. It is no surprise that works of this writer were visible at SFF convention. In the programme there were a few items devoted to Lem (apart from the one mentioned above). Also three of the five programme rooms were named after Lem’s works – Pirx, Solaris and Niezwyciężony (The Invincible).

Thanks to the con I learned about two comics based on Stanisław Lem’s works. They were published in a local newspaper in the 70. The presenter showed us some scans and provided a lot of details about them and other works by their creator – Krystyna Wójcik. Although the style of the drawings were not to my taste I would love to be able to read them.

I regret that there were almost no socializing during the con. There was a Discord server but it missed spaces created for people to talk freely. There were channels created for programme commentary and for discussions on given topics like RPG, popculture or Lem. Yet I missed something like consuite or even a corridor. In theory we could do that in any of the spaces (as some of them were almost not used) but somehow no one dared to do so.

So Kapitularz was a con where I spent all the time at programme items or out of the convention. I cannot complain. I had a good time and some of the talks were fascinating. If the social aspect would be more present I would be enchanted and in a way as it was I just spent a good time.