It should not be surprising that more and more conventions are going hybrid. I was very happy to see that Boskone 59 went this way. As you may remember I enjoyed the last Boskone and was happy to be able to attend it online this year too. Of course I was interested to see how going hybrid would work this time.

It seems that some kind of standard emerged already when it comes to programming at hybrid conventions. Some items are exclusive to online participation, others to in-person members, and then some are streamed to or from the convention. It works quite good. Of course as a remote participant I would love to see everything being streamed online. Yet the current approach gives enough opportunities to listen to interesting programme items. I do expect this will continue in the future – but of course we may see some shifts into how many items are in each of the above categories.

What I really liked at Boskone 59 were the consuite time slots for fan tables. Thanks to Geri who organized it – we virtual members – had the chance to talk to people in the hotel. Geri’s laptop was passed between people manning on-site fan tables and we had some time to chat about their cons and other things. It was also Geri who gave us a Zoom tour around part of the con. We even managed to attend (although just for a few minutes) Tiara Workshop with Sara Felix. Was the experience the same as if we would be on-site? Of course not but we get the opportunity to interact with people in the hotel, and this is important part of a hybrid con to me. I would love to see more conventions making similar activities. Attending a con is way more than opportunity to listen to programme. Interactions between fans being on-site and online makes it feel as a one convention. So once again than you very much Geri!

I did a bit crazy thing and I participated in silent Fan Fund auction. I won the set of 20 tiny pottery vessels from Mexico. A friend was kind enough to agree to bring them to Europe for Eurocon where I should manage to collect them. I have no idea where to put them though. 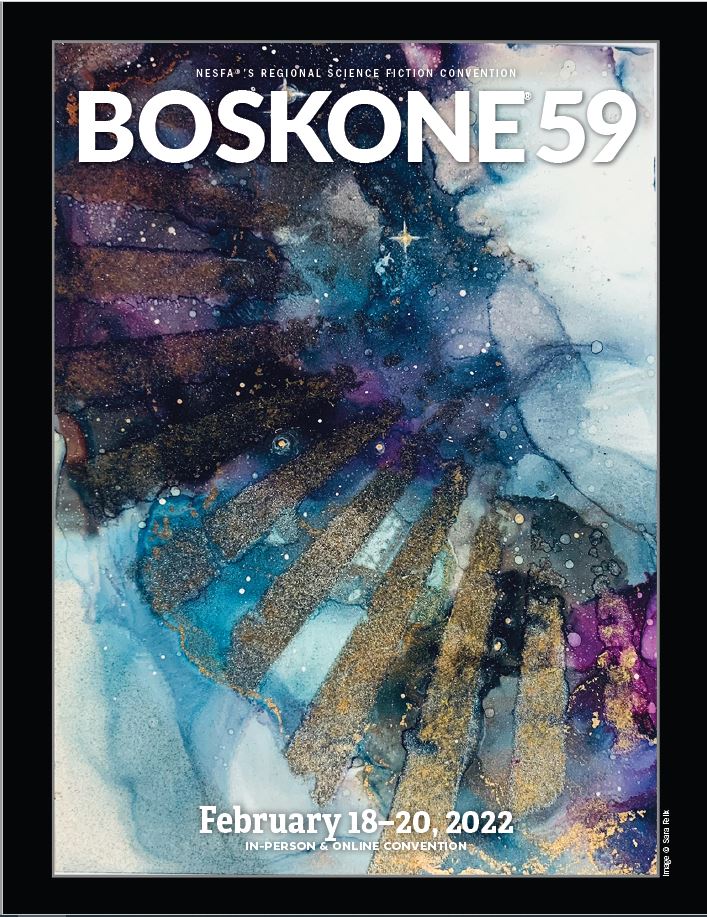 Programming is a strong side of Boskone. It was not different this year. I was not able to attend al of the interesting items but I did my best to listen to at least some of them. I was happy to see that people who don’t usually get the chance to travel to conventions on different continents were featured in the programme. Using the opportunity of online programming to look for new voices is a good thing.

It is hard for me to list now the best item I listened to. Some time passed already (I am quite late writing this report!) and I don’t remember all the details of each item. For sure I enjoyed the talk between Ada Palmer and Max Gladstone about writing dialogues. It was not directed to me (I am not a writer) but it was simply good to listen to them. I also liked some of the pop-science programming like Climate Change Mitigation. 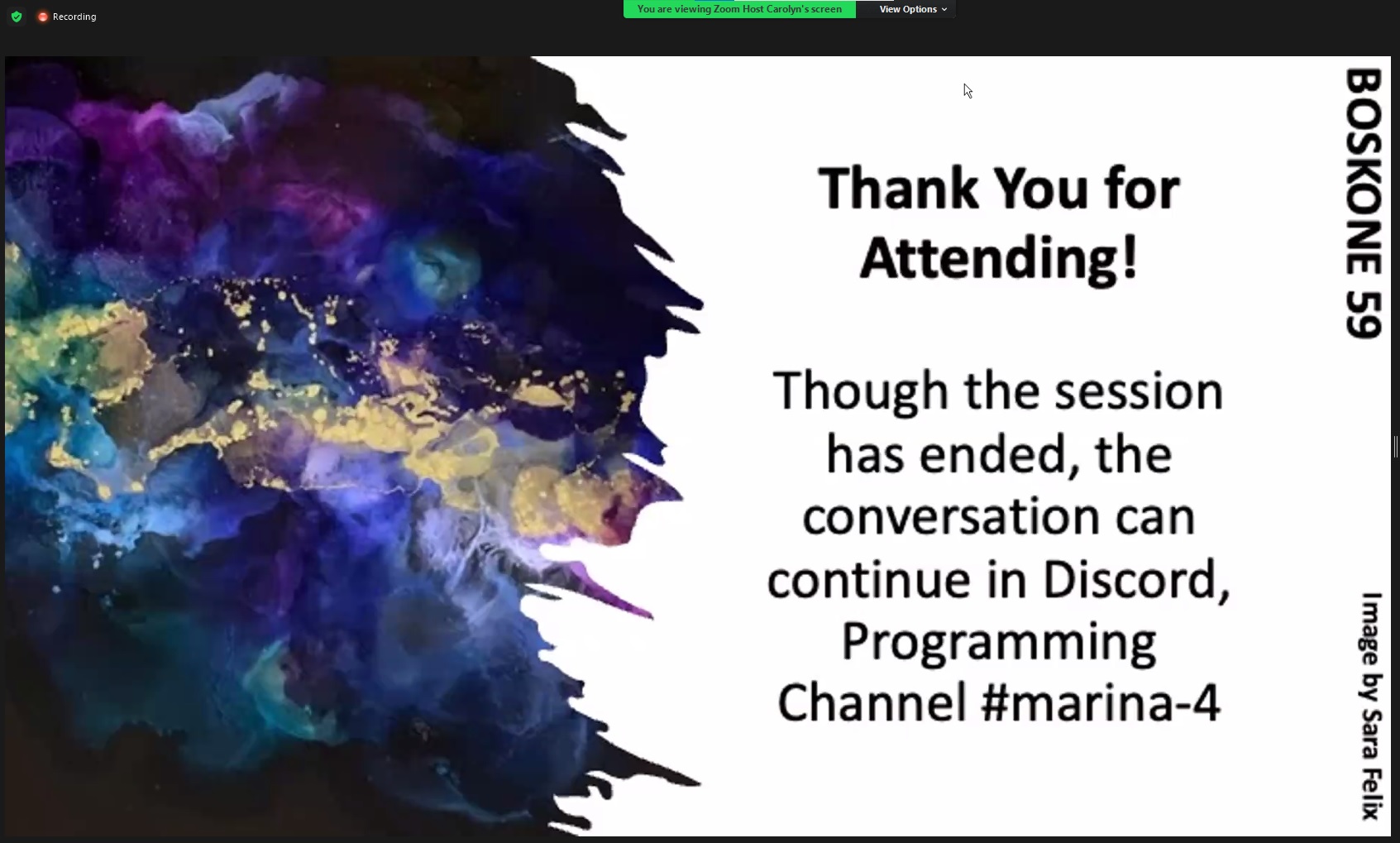 The screen shared at the end of the panel with another great piece by Sara Felix.

Each hybrid event makes me more and more longing for in person convention. Boskone was not different. I enjoyed the programming, I had a good time in Zoom social meetings but more and more I am longing for in-person convention. In fact being able to see people on-site makes my yearning grow. It was great to be able to be at Boskone 59 virtually but it would be even better to be there in person. Hope that I will manage to attend some in-person events this year.