I cannot write objectively about this year’s Worldcon. I was heavily involved in Chicon 8 and I should not try to rate how good the con was. Yet I will write about my experience and how the convention went for me.

Somewhere in 2020 I was asked to become an Area Head for Polish SFF Programme area. I didn’t have a lot of free time. I tend to take way too many responsibilities. Still this was an opportunity I couldn’t miss. The area was not supposed to be big – just a few programme items. I expected it wouldn’t be too difficult to make it. In a way I was right – it was way easier than any of the big areas like literature or fandom. Yet it was not effortless. I had to think about potentially interesting programme items. Once I did I had to find speakers who could cover those topics.

To large extent Polish programme track was remote. Very few of the people attending in person were interested in speaking about those topics. We had a few fans joining from Poland and elsewhere who managed to cover most of the panels. Yet there were some items taking place in person. One was about the phenomenon of The Witcher and the other about Slavic mythology. I was attending only online so I don’t know how those items went. I hope they were interesting to listen to. On the virtual front we had five panels. I participated in four of those as moderator and I listened to the remaining one. Personally I liked them, vut it is not me to judge how well they went. Still I saw people listening to them and I learned some interesting stuff and enjoyed my time. I hope that those who came to listen to were satisfied.

I love the cover of the Chicon’s Souvenir book.

As per my knowledge it was the first time that Worldcon had a Polish SFF programme track. Only seven items may not be a lot but I think it is a great thing. Of course there were some programme items related to Polish SFF on other Worldcons. Yet here for the first time it was a separate area. I am grateful to Chicon 8 that they decided to make it and invited me to help. As Chicago has numerous Polish minority it was a good place to organize it. I don’t think that every Worldcon should have a Polish SFF track. I believe however that making a showcase of some non-anglophone culture every year may be an interesting idea for the future.

Chicon 8 decided to take a different approach than many of other cons. Instead of using a combination of Discord and Zoom for virtual aspect it used one platform – Airmeet. The decision was controversial to some fans. I had a bit mixed feelings myself.

On the plus side – having everything in one place is definitely a big advantage. Airmeet allows for both voice and text chat. The cool thing is that panellists have their own easy to use chat that is separate from main one with the audience. Another good side is that on the hosting end it is a bit easier than Zoom. I am not sure how it looks on the administration end though. The great thing about Airmeet is that the recording of any programme item was available to members within a few minutes after it finished. A great feature!

One of the pages available in Airmeet.

Yet it is not a perfect solution. Many people complained about accessibility issue of the tool. I am not a specialist here so I didn’t know the details – I just heard people pointing this out. Anothe rissue is related to Fan Tables. When manning it one was not able to listen to panels. So if there was only one person on duty and no visitors one had to find something else to do. Airmeet seemed to be also less stable than Zoom. Usually it worked fine but during the closing ceremony it froze for me like five times or more.

Chicon 8 was where the site selection for Worldcon in 2024 took place. Glasgow in 2024 was the only bid and we became a seated convention. It was exciting! Decision was announced during Business Meeting that took place on site and was not streamed. Yet in the evening I was able to watch the recording. As silly as it may sound I found it truly exciting. And I am so happy that we won. This means that for the next two years I will be very busy as I am involved in Glasgow 2024 A Worldcon for Our Futures.

The art at the cover of Pocket programme is astonishing.

I expected there will be more virtual Fan Tables. Yet as far as I managed to see there were only two – ours and Conversation – Eastercon 2023. Of course there were many more in person Fan Tables but on the virtual end – only those two. Glasgow 20224 was the only convention that decided to make a virtual party. In my opinion the party went pretty well.

I was quite happy that convention prepared a few short films for virtual attendees. I especially liked the one showing exhibition of Worldcon Heritage Organization. It was pretty fun to see. I am glad that it featured a commentary and not only a video footage. Also the film about Discoworld Exhibit was accompanied by the commentary. The tour around Exhibit hall was not as interesting but it featured one place I regret I haven’t seen in person. It was “a replica” of fannish room that was part of the fanzine lounge. Whoever made it did a terrific job! 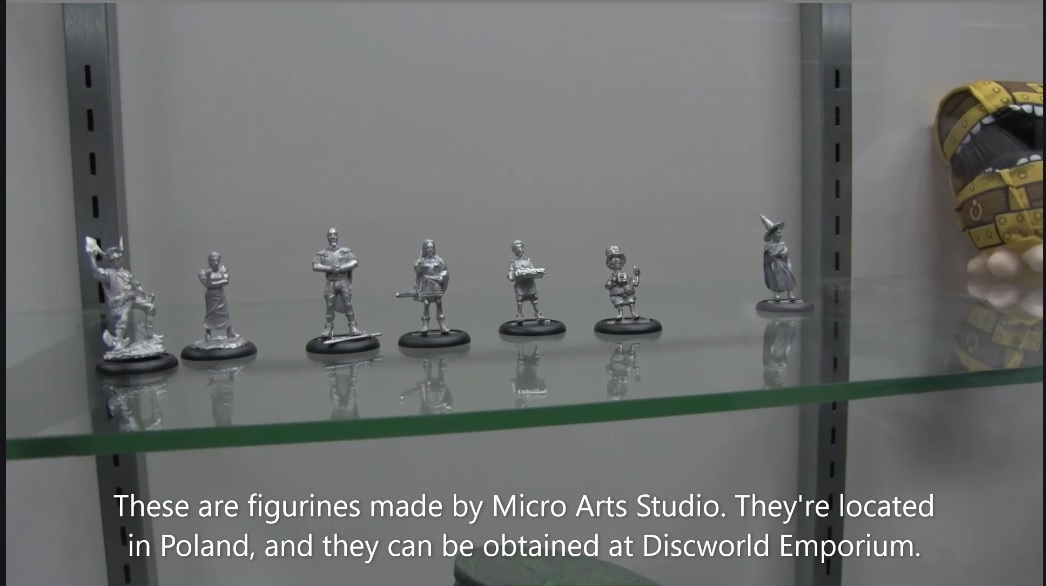 I attended surprisingly few programme items during the con. It is related to a few factors. Firstly – each item lasted for an hour but was placed in 90 minutes long slot meaning there were fewer items per day. Poland is also seven hours ahead of Chicago and most of the items were in CDT timezone. Lastly I spent some time at the Glasgow 2024 table and thus I didn’t have too much time for items other than the ones I was moderating.

What I can say however is that there were many items I was interested in. I am looking at my schedule and for miost time slots I marked more than one interesting item. I should now use some of my free time to watch all that I have missed.

What I deeply regret is that I didn’t make it to Chicago. As much as I like virtual cons I would love to attend Chicon 8 in person. I enjoyed my time and I am happy with what I did in terms of Polish SFF track and in terms of representing Glasgow 2024. Should I have to decide whether I want to repeat the experience – I would do it. Yet I would love it more should I be able to travel in person. I won’t attend Chengdu Worldcon in person so Glasgow 2024 seem to be my next occasion for the in person Worldcon.