Last year I didn’t go to Nordcon. I had to resign because of the pandemic. Yet this year I decided to go. I was afraid – it is a long convention and it is a relaxacon. This means there is plenty of socializing which I love. Still the pandemic is not yet over (despite what the government states) and I was a bit concerned.

Outside of the convention

Nordcon is held by the seaside. Visit to the cold beach is one of the highlights of the year for me! I love the empty beach at the Baltic sea shore. The cliffs, the trees, the empty, narrow strand of sand. I try to visit it at both day and night and enjoy the calm atmosphere and the song of the sea. This year however I did a bit more. Together with Seji we took a longer trip to see also some places on our way back. We saw two lighthouses, large piece of the beach and two goyles going down to the sea. Absolutely stunning. 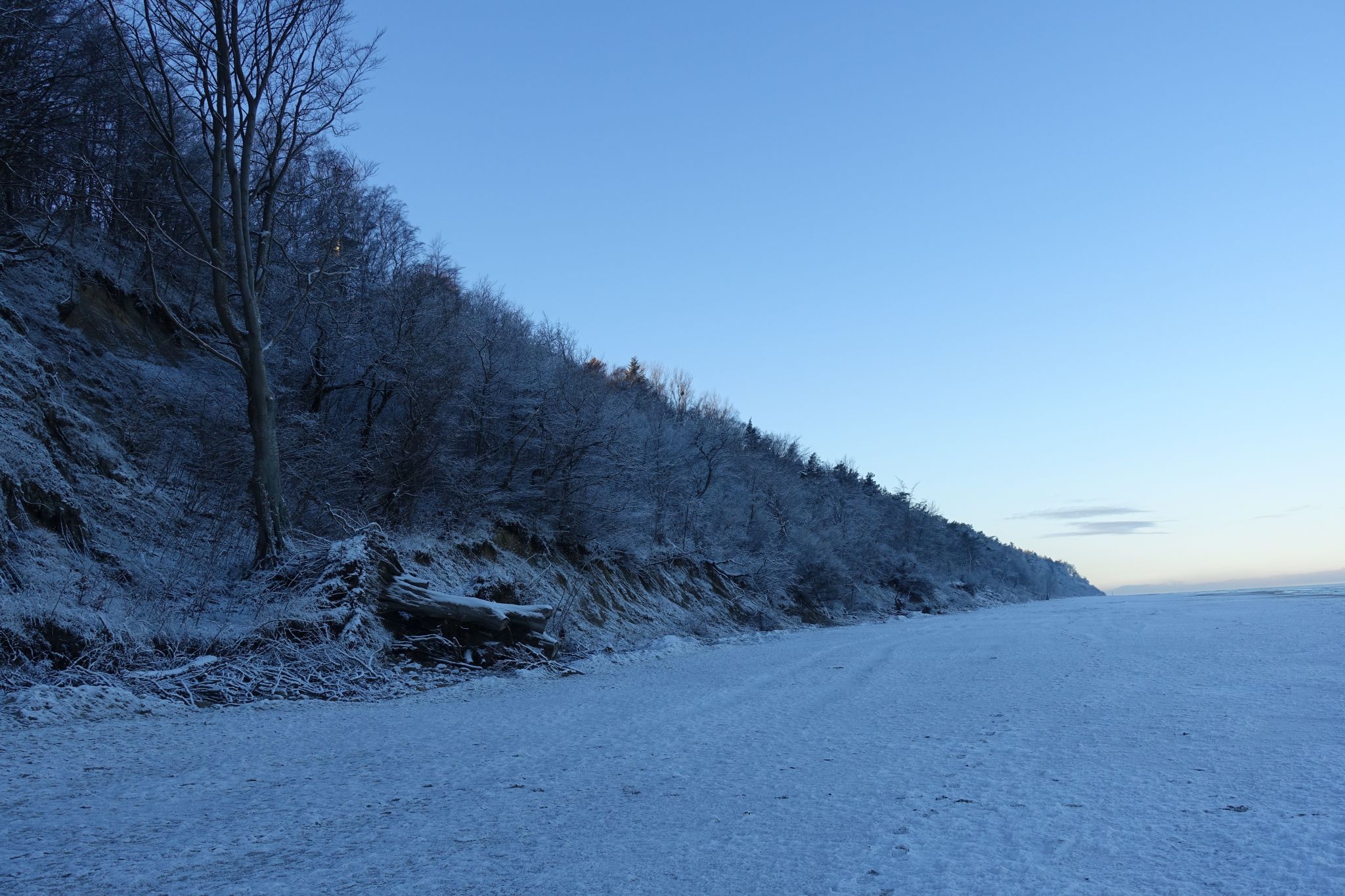 This is how the beach looks like during Nordcon.

I also made one more unusual (for me) thing. Nordcon has what is called a “night zero” – so we were able to come a day earlier (meaning on Tuesday). Usually I don’t take this opportunity but I did it this time. This left us (meaning me and Seji) enough time on Wednesday to do something before the con started. We travelled to Hel peninsula and visit the seal sanctuary there. Was it related to the convention? No – but it was so great I had to mention it here. Seals are so cute. 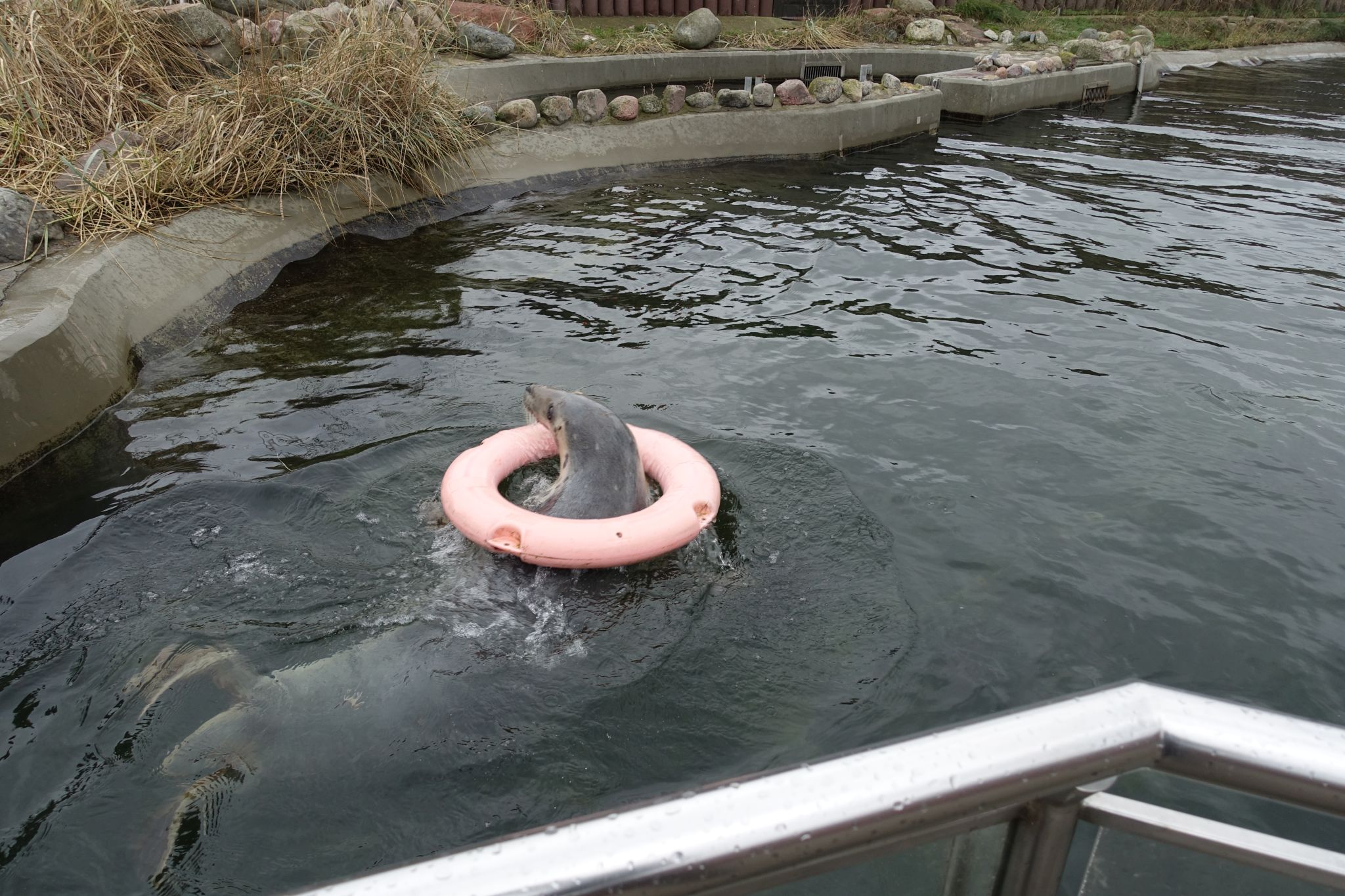 It was very cold at the seal sanctuary. Seji and I were the only visitors so we had great view at seals during their feeding time.

The programming is not a vast part of Nordcon. The convention was designed to meet ones friends and talk a lot. Programme is just an addition. Most people devote majority of their time to socializing. Yet the programme is there and one can enjoy it. I decided to attend a few items. The first one was a competition of recognizing “bad guys” from the popular culture. I teamed up with Seji and thanks to him we won. I was astonished by some of the characters he recognized. Especially by the ones from the niche Polish movie of 2000 ThE SupeR ElektroluX WorjorS. My input into our scores was waaaaaay smaller.

I also listened to three talks – one about the ethics of portrayal of AI in cinema. Another was a talk about the process of translating of History of Middle-earth to Polish. This one was unfortunately not as interesting as I was hoping for. And last but not least a short comparison of the “old” and “new” RPGs. The last was quite interesting although I disagree with some of the points the presenter made. I think she did some oversimplifications and a few of false analogies. Still I did have a good time listening to the presentation. 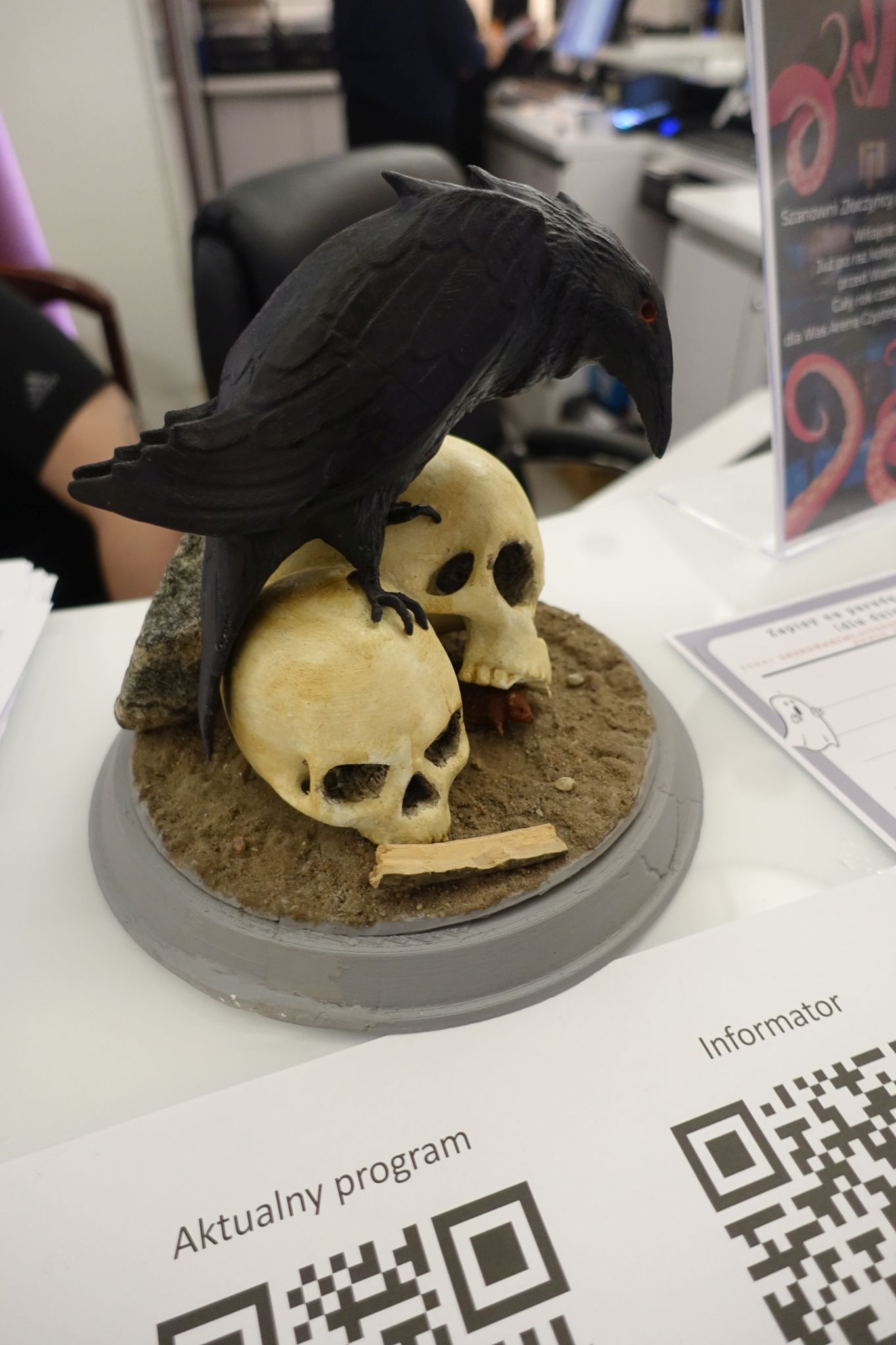 At the registration desk.

Nordcon is a convention when a lot of representatives of SFF clubs from Poland come. So it is usual to have the Fandom Forum and the Council of Fandom at the con. They are usually not as big as at Polcon but they are traditionally held here. I attended them. There was not a lot of business going on. Short summary of Imladris – Polcon was given by the chair. Later we voted over the Guests of Honour for the Kapitularz Polconem next year. 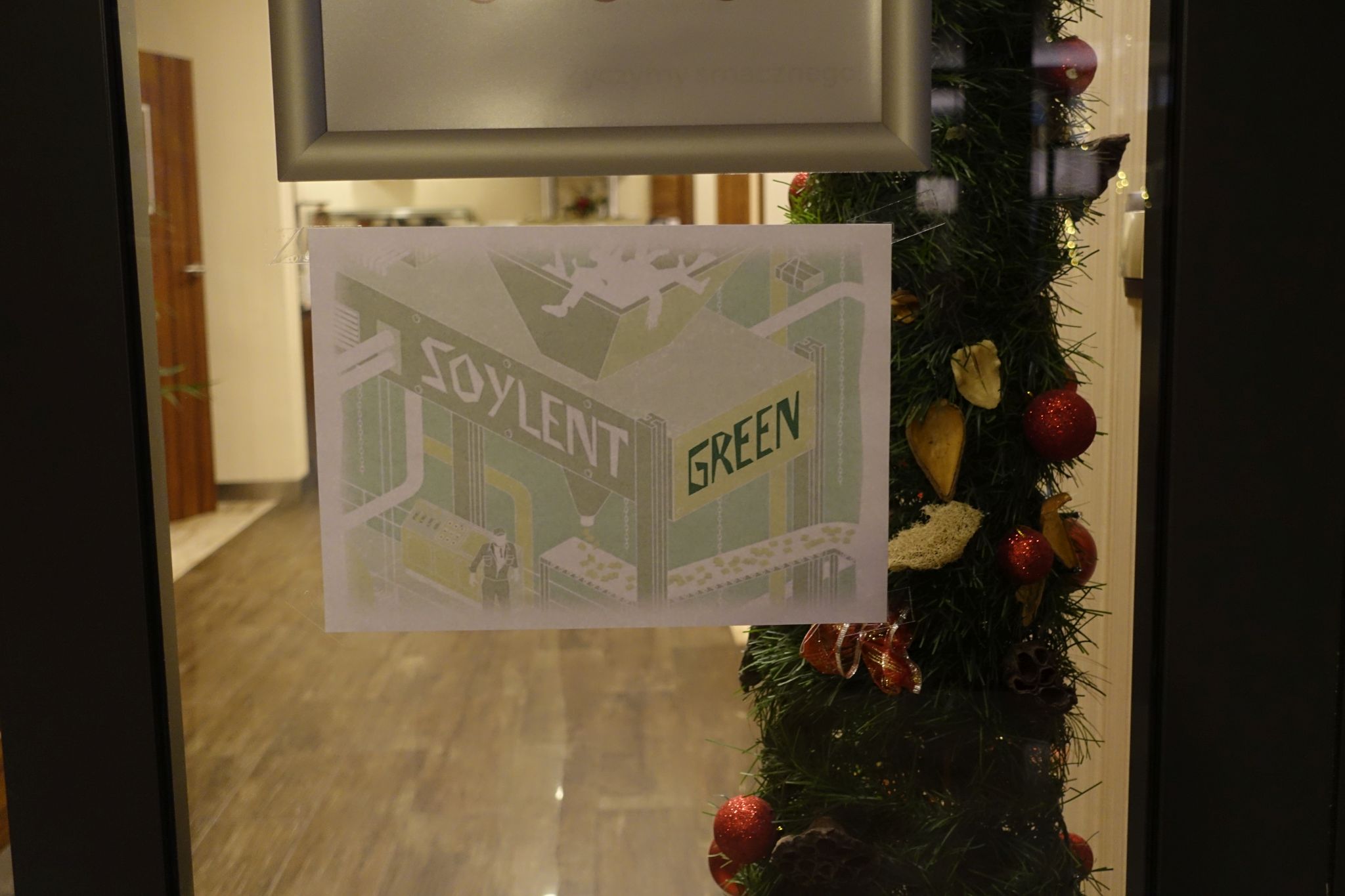 There are some attractions that attract (pun intended!) many fans. This include two programme items and a lottery. It is opening ceremony where the theme for given year is reminded. The Nordcon 2022 was The Interdimensional Fair of Pure Evil. So all the “bad guys” and “wrong doers” from the broad SFF were included. Second one is the closing ceremony connected with the masquerade. The latter has two categories – for children and for adults. In the children cosplay I especially appreciated two costumes (made by the twins). One of them dressed as an inflation and the other as a global warming. In the adult masquerade we were able to see evil mage from the Gothic game, black cat showing their “evil CV”, a succubus, Ursula from Little mermaid, Dante Alighieri, and last but definitely not least a cosplay of lady from the dean’s office. The last won the audience award and the second place form the jury. This is a bit sad reflection over the higher education in Poland. It is definitely not true for all of the dean’s offices (possibly even not for majority) but the popular opinion is that it is very difficult and unpleasant to achieve what ones need in the dean’s office. I consider myself very lucky as the dean’s office at my faculty was very pleasant. In fact I was going there to chat a bit when I had some free time. Yet going back to the con – this masquerade shown how the theme of the con may be interpreted by the Nordcon regulars. 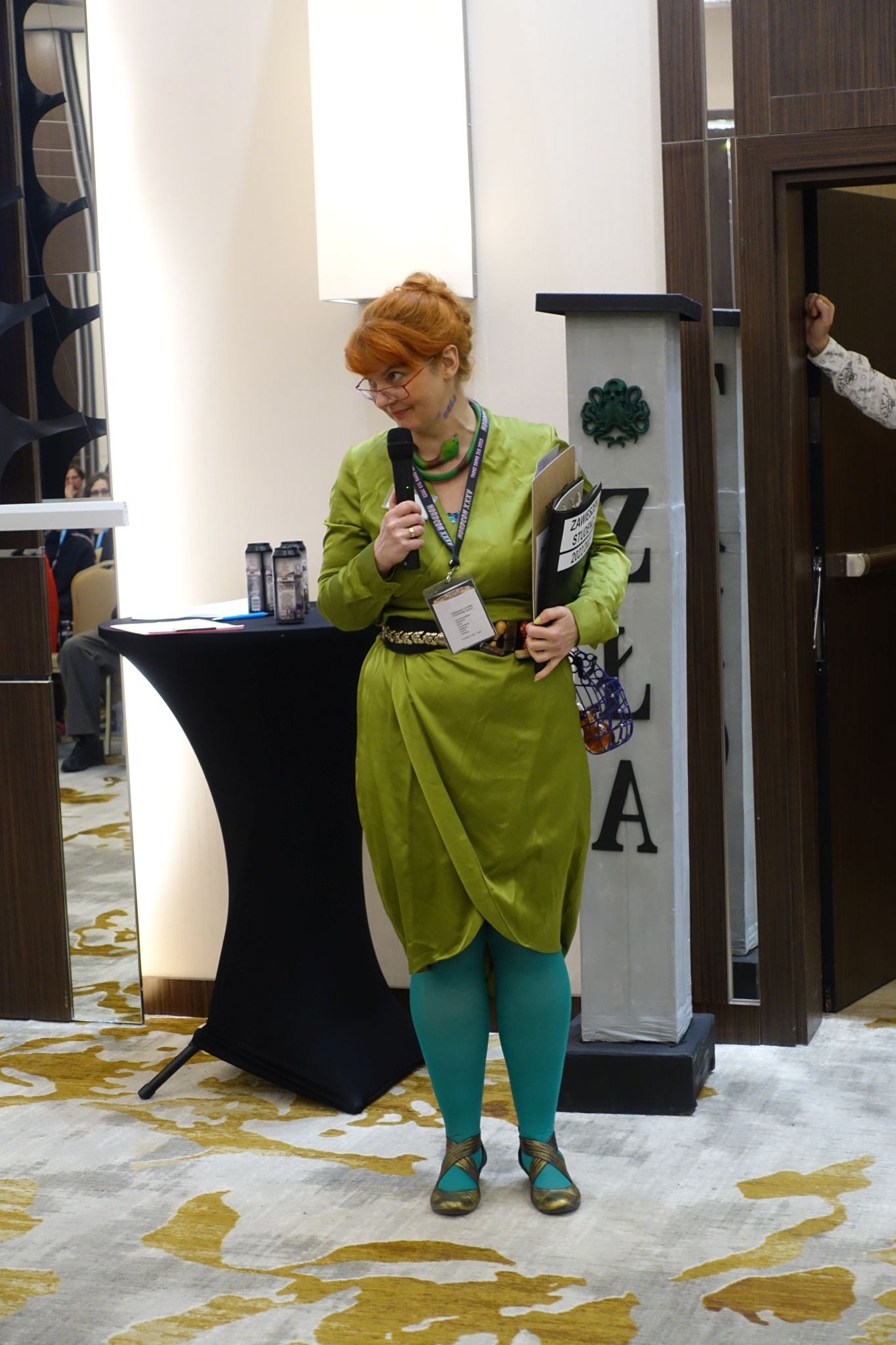 As for the lottery (which technically is not a lottery as every ticket wins something) it is a Nordcon tradition. There were over eight hundred tickets this year. They were divided into three batches (one for Thursday, Friday and Saturday). One usually needs to wake up early to be able to buy tickets as many fans want them. For some years there is a limit of up to five tickets per person per day – it helps, but just a bit. Why it is so popular? I have no idea! I like it and that’s enough for me. The prizes are usually not great apart from a few that are pretty cool. Yet participating in the lottery is a pleasant thing. And this year I won an hour of bowling in the hotel’s bowling park. And I did receive almost twenty years old fanzine from friends who won it! As for bowling I am not good at that! I even managed to be dragged a bit by the ball ;).

All of the things I mentioned above were great. Yet the truth is that I am attending Nordcon to meet friends. The walks by the beach, lottery, masquerade, programme – they are all important. Yet not the most important. Some of the people I meet only at Nordcon, others I meet more often but the Nordcon atmosphere is irreplaceable. There is enough time to talk with friends, plan future conventions, share the lessons learned, gossip, and discuss SFF topics. But there is space to talk about topics not related to fandom and SFF at all too.

Although I am usually not an alcohol drinker at Nordocn sometimes I allow myself to try a bit. This year I drank even more than usual (still meaning very little). The conversations around those drinks were valuable. I learned some interesting facts about beers, met some people and talked on so many topics. 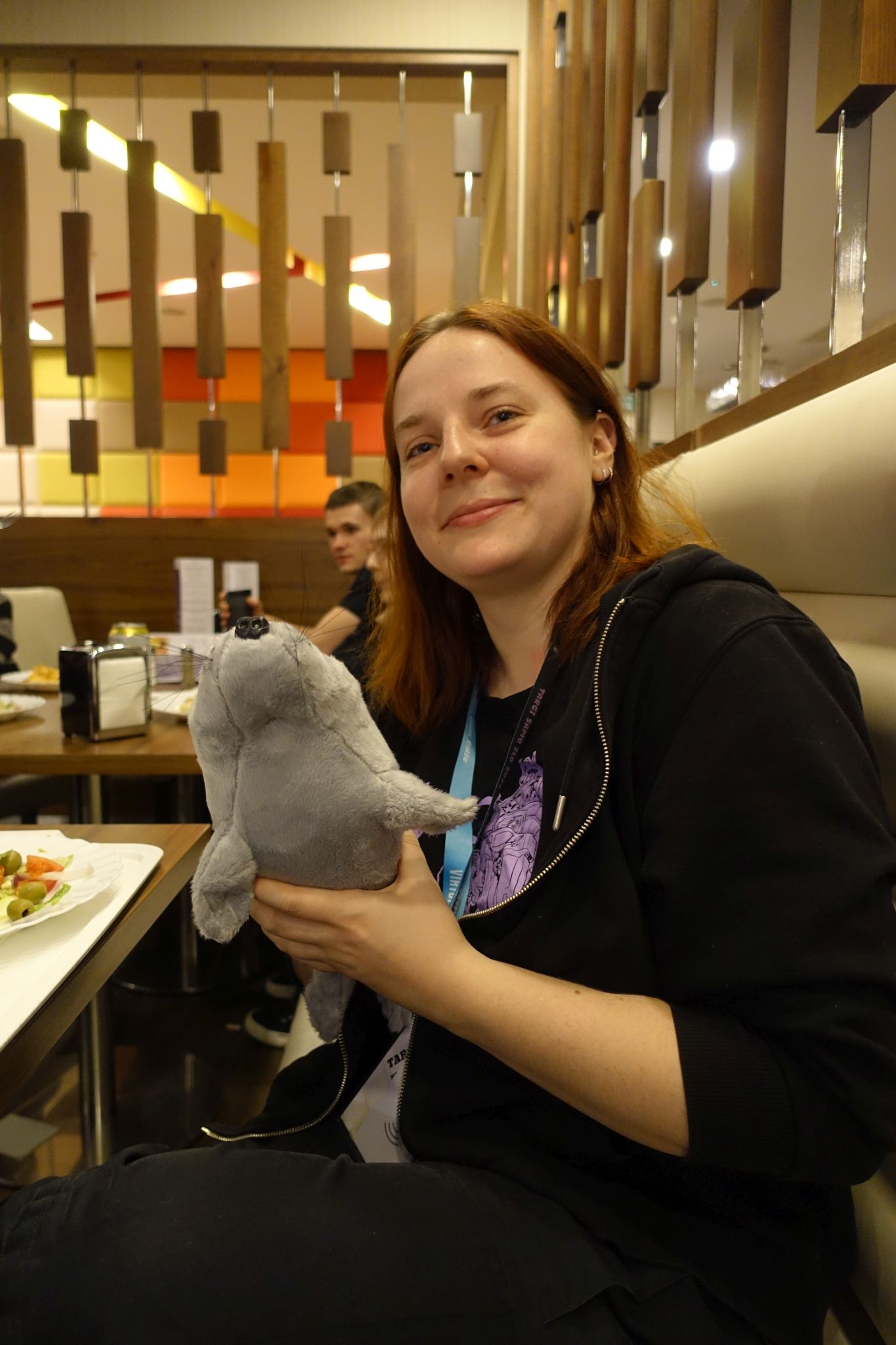 Social aspect of Nordcon was a bit scary in this pandemic times. Most people were not masking and when everyone was sharing a drink or a meal there were no masks at all. Still I am happy I decided to go. I haven’t heard about anyone catching Covid which is very good. But what also makes me happy is that I had the chance to meet so many friends. I missed it last year and I regret it so much. Now I am looking for Nordcon 2023 with the theme of traditional fantasy with a wink towards RPG. There will be lottery, the masquerade and the beach but most of all there will be people I want to spend that convention with.