The weekend of 8-10 September was quite busy for me. There were two conventions happening nearby. The first was Lemcon – a one-day event devoted to Stanisław Lem (part of the writer’s birth anniversary celebration). It was held in Kraków and my friends were organizing it. Therefore I helped a little bit the day before and on Saturday morning. Then I travelled to a nearby city of Tarnów for Tarcon – an old convention that was reactivated this year.

I do remember 2007, when the first Tarcon was announced and held. I attended it and I have a lot of nice memories from the event. I met a few people with whom I was playing charades on that convention and on many more. A year later, I also had great time at Tarcon and I was disappointed to learn that after two editions the convention died. You may imagine how happy I was when this year I heard that a new team was going to revive the brand. 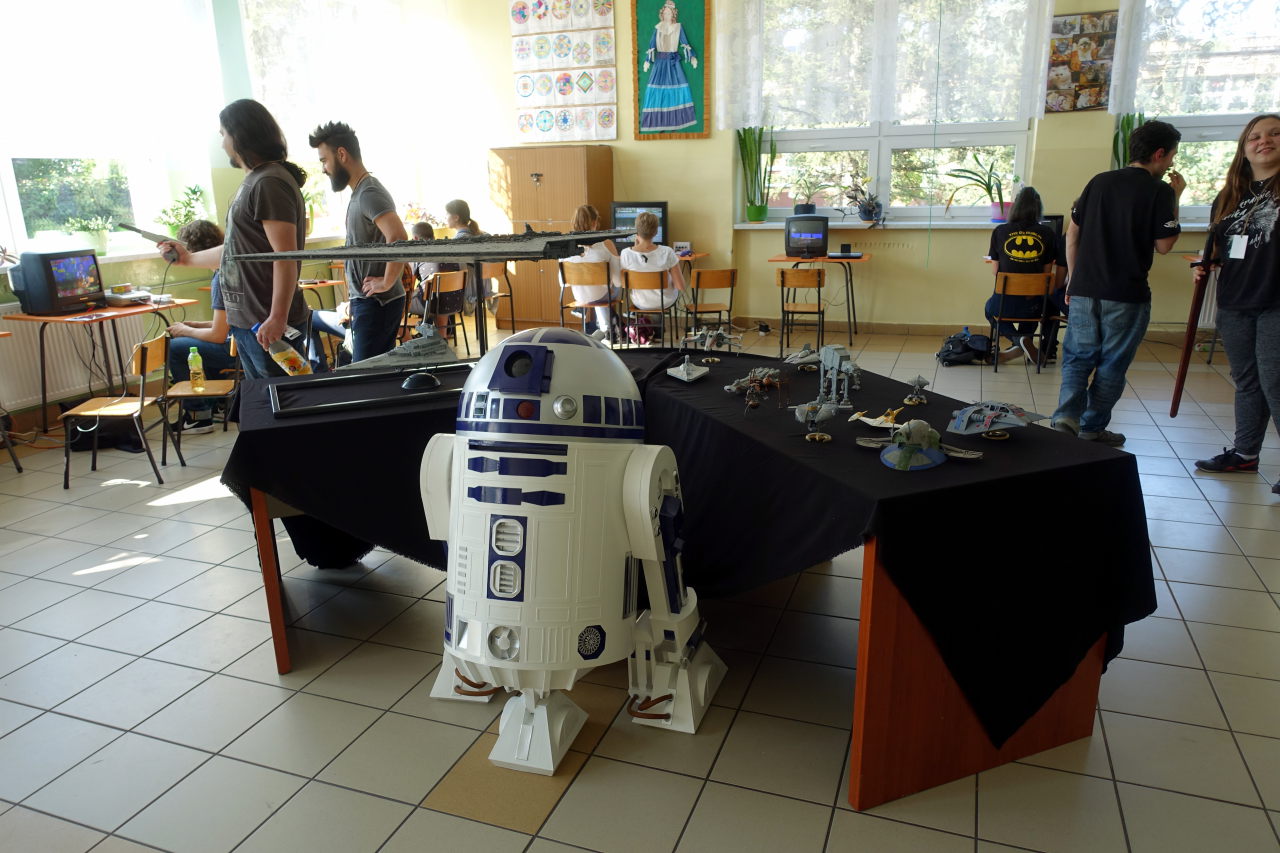 Beginnings were not so easy and the convention had to reschedule. In the end it turned out that Lemcon was to be held on the same date. This was very unfortunate as I wanted to attend both conventions and, to some extend, I succeeded. But it is not the same when the best you can do is be there for less than half of the event…

Here of course I must ask myself whether the reactivated Tarcon met my expectations and whether it was similar to the old events. And the answer is not so easy. On one hand it was similar – board games and tabletop strategy games played an important role in both 2007 and 2017. Still, the atmosphere felt different to me, but this might be also related to the fact that I am different person now than I was ten years ago… What is important to me is that the convention was nice and that an SF event returned to Tarnów (I hope that for longer than only two years this time). 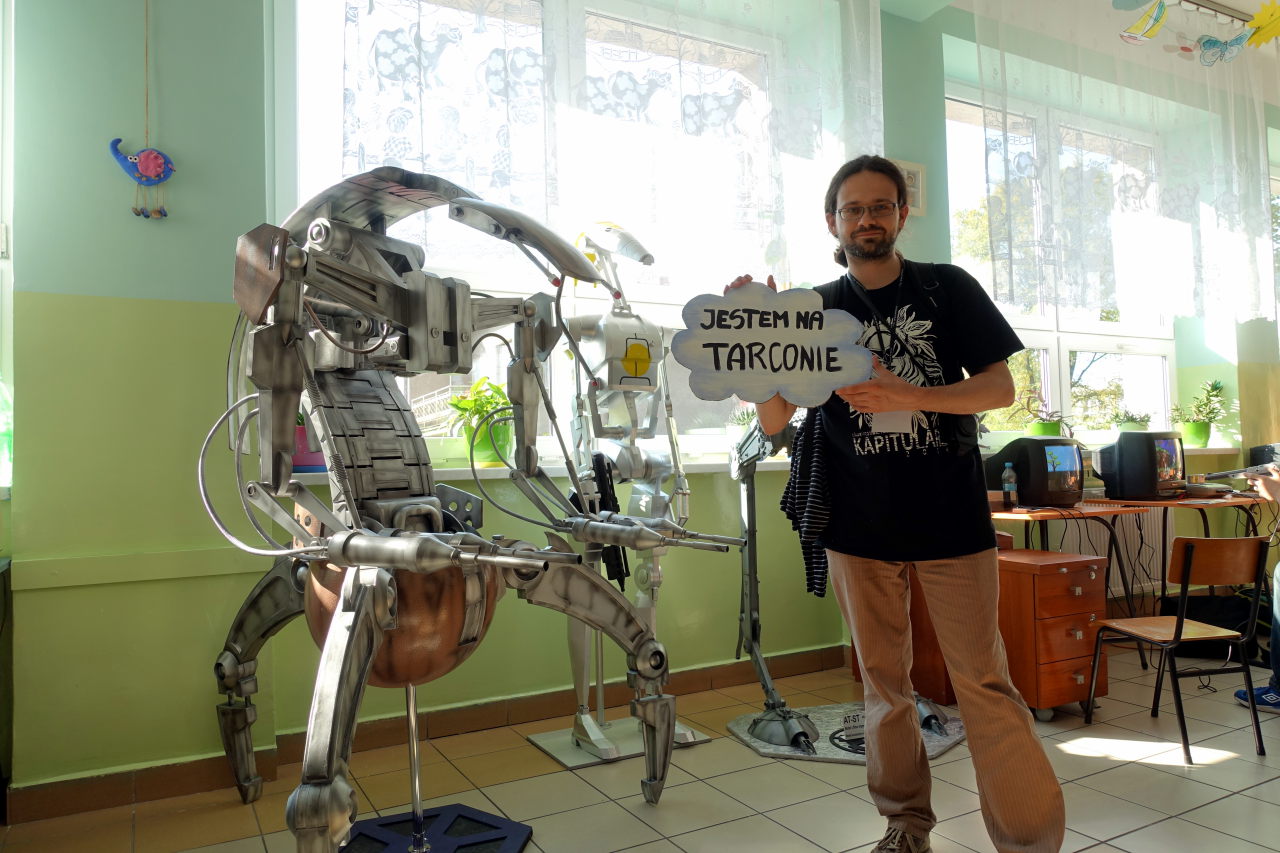 The team organizing Tarcon 2017 is quite young and inexperienced when it comes to conventions. They made some mistakes when working on their event. I could list them here but I think there is no point. All the mistakes I spotted were in fact minor ones and they did not have any negative impact on how I felt at the con (and I hope the same is true for all other attendees). What is more important is that for the really important stuff I have seen convention did ok. So instead of fingerpointing due to minor problems, I would like to thank the organizers for their hard work and for holding such a nice con. 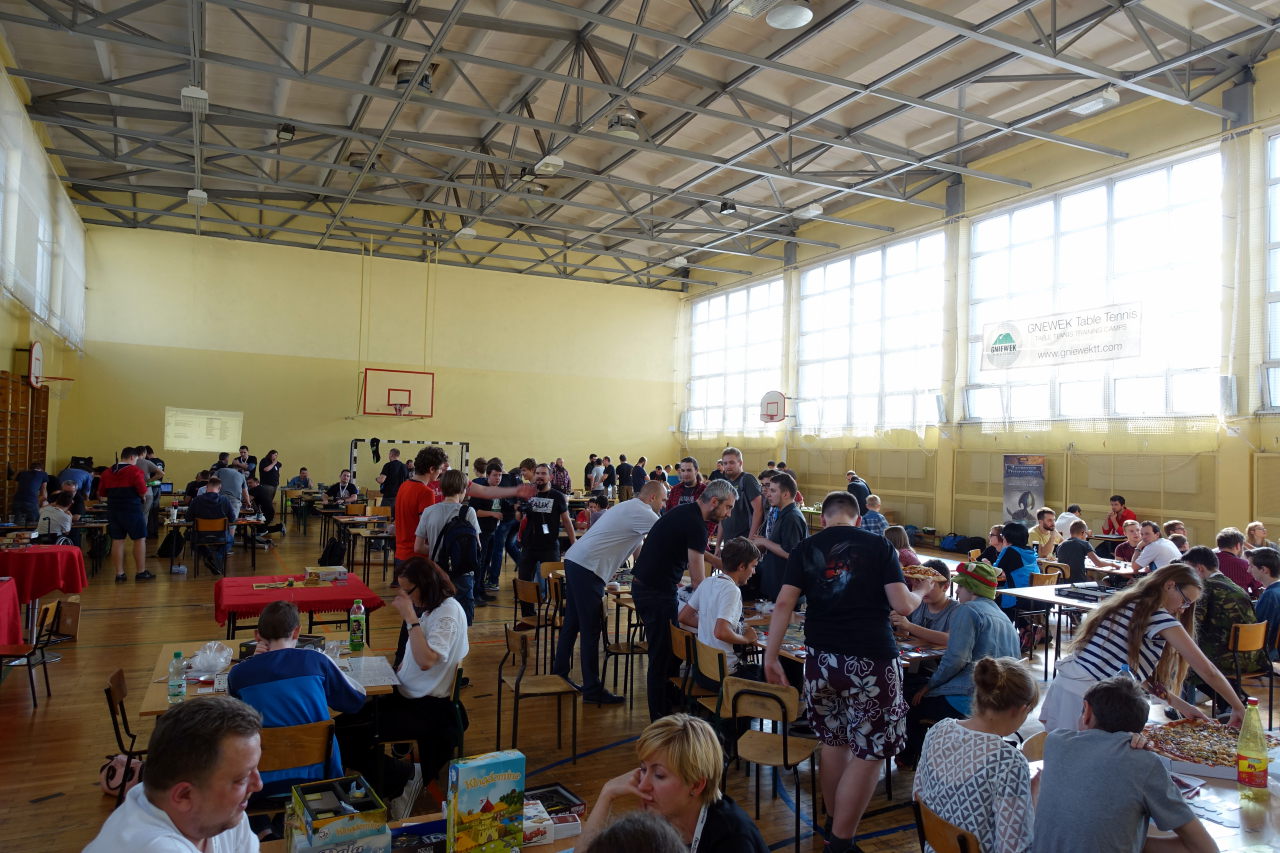 The convention was a success. There were around 500 members, which is definitely a decent number for a reactivated convention in a relatively small city. In total, there were four standard programme rooms. On top of that, there were some LARPs, old computers and consoles playing zone, Osu! room, Guitar hero zone, and last but not least – a big games room with board games. I saw a lot of people playing board games and tabletop strategy games. I am not sure, but it seemed that there were some tournaments held in the latter.

As the team organizing Tarcon comes from the board gamers community, it was not a surprise for me to see that the Games Room was big and popular. On top of possibility to play the games or participate in a tournament, there was at least one more interesting attraction. On Saturday, game developers from Kraków came to Tarcon to present the beta version of Board Legends – a tabletop MOBA game. They were giving away figures from the game to the people who came to play. I didn’t have opportunity to test the game, but at least I talked to its creators for a while. 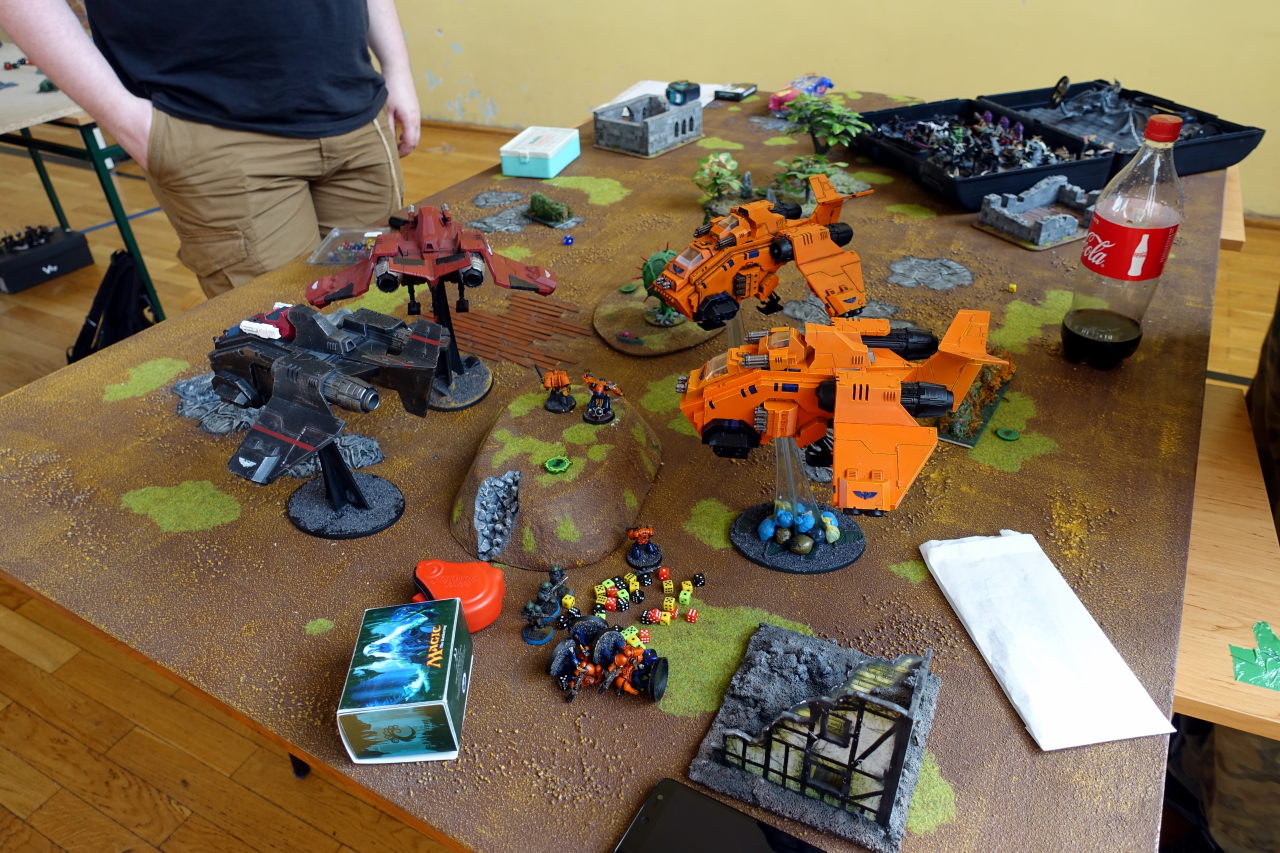 One of the tabletop strategy games

I didn’t have a lot of time to participate in programme items. I arrived in the early afternoon on Saturday and I didn’t want to spend my whole time in programme rooms. That is why apart from my own item I attended only one other item on Saturday (it was devoted to Cthulhu mythos). On Sunday I only went to see a very brief presentation comparing fantasy and historical weapons. Then I went to the Games Room, where I happened to join a board game knowledge competition (somehow landed on the third place) and then I participated in Dr. Eureka tournament – and lost. Still, both these events were funny and not too strongly competitive. 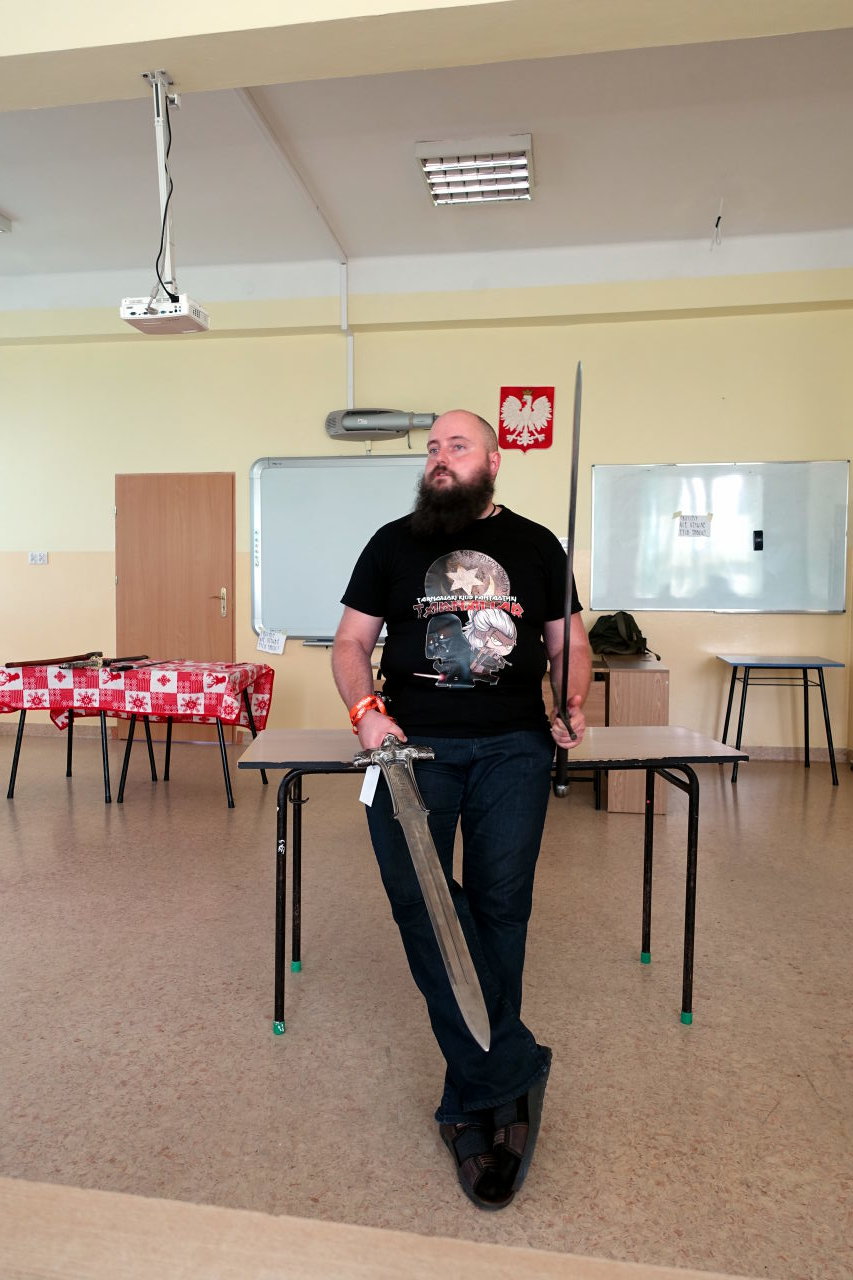 Speech about historical and fantasy weapons

I promised to help a bit with the programme and I had a speech about Worldcon. I tried to present both Worldcon as an idea and also to show Worldcon 75 in particular. I am a little bit sad that not many people came for the presentation but at least it allowed us to have an interesting talk during the short break (15 minutes) between programme items. It was not the first time I presented Worldcon to Polish fans and usually audience is not very big. Still, one of my goals (and one of the reasons for this blog) is to introduce Polish fandom to international fandom and also to encourage some Polish fans to attend conventions abroad. And from this perspective, it is more important to have a few persons in the room that might be interested in joining the international fan community rather than to have hundreds of people who are only listening for listening’s sake. So I’m going to keep preparing presentations about Worldcon and foreign conventions in general. I think that it is worth the effort :). 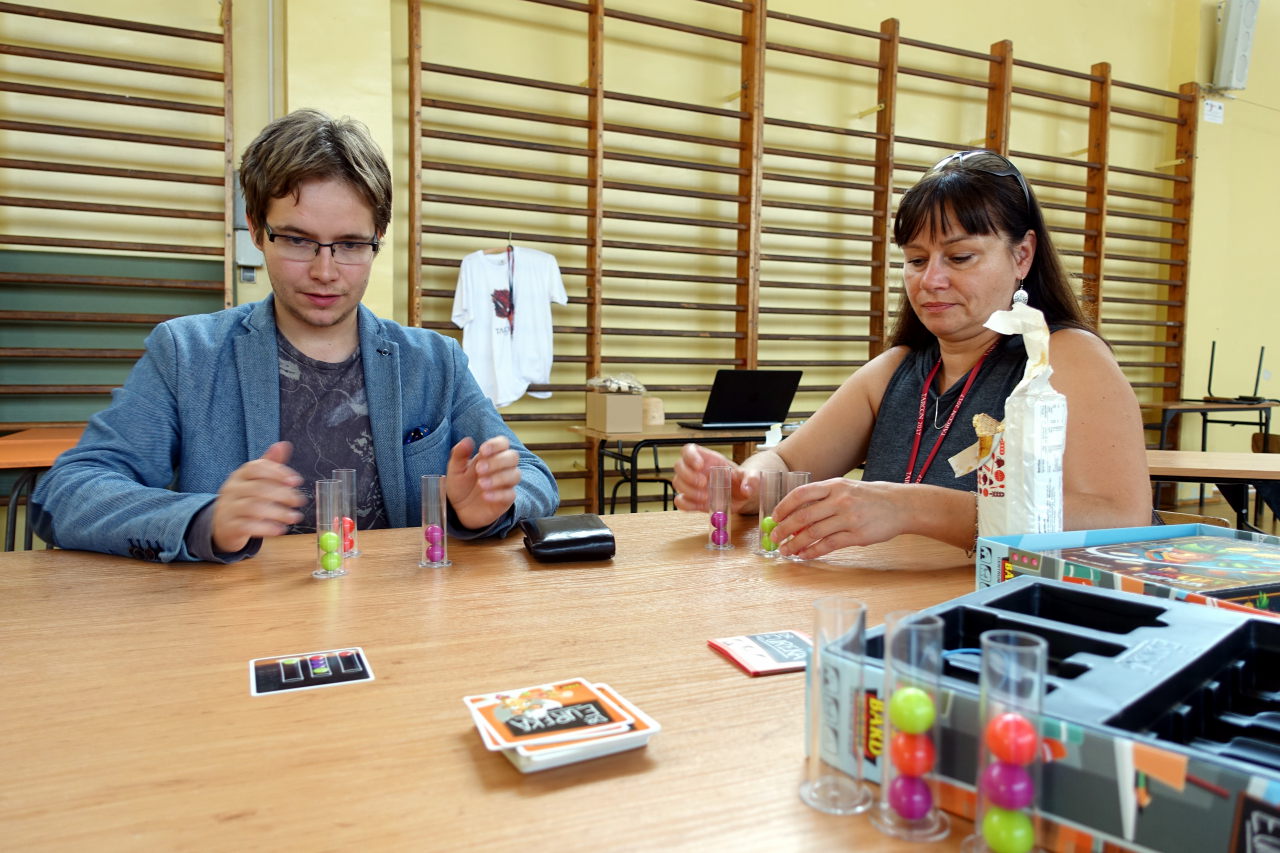 The convention was “traditional”, meaning that it was held at a school. I think there was also a sleeping room, but I didn’t check as I was staying at my friends’ place. In fact, when I arrived at their home, I simply continued the con, as we stayed up and played Eldritch Horror untill one in the morning.

All in all, I really enjoyed the 1.5 day I have spent at Tarcon. I do hope that the team will hold another edition of Tarcon in 2018 and I will do my best to visit it again 🙂

My next post will treat about Octocon and will appear around 12 October.