Sometimes, I do make mistakes when judging conventions. I have not attended first two editions of Plansówki. It was not because I had thought it was not a good convention. It was just not appealing to me enough somehow. Now I can only regret it took me so long before visiting this con in my hometown.

The great name and some remarks

There are some small things that I really enjoy. One of them are great names/titles. I love some of the titles Terry Pratchett chose for his books (like Equal rites) and I also really enjoy the name of Plansówki. If you don’t want to read a full paragraph about Polish language please skip the next one as I will explain the pun in the name. 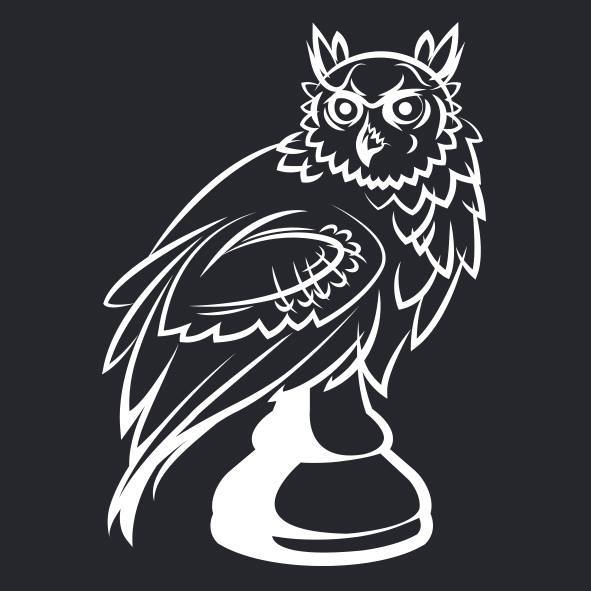 “Board games” translates into Polish as “gry planszowe”. Still very often we are using a diminutive – “planszówki”. Then, there is a Polish word for an owl: “sowa” and the diminutive for that is “sówka”. So the convention’s name, “Plansówki” joins board games and small owls (mind the logo) into the word that sounds very similar to “planszówki”. It is a nice pun I really enjoy. 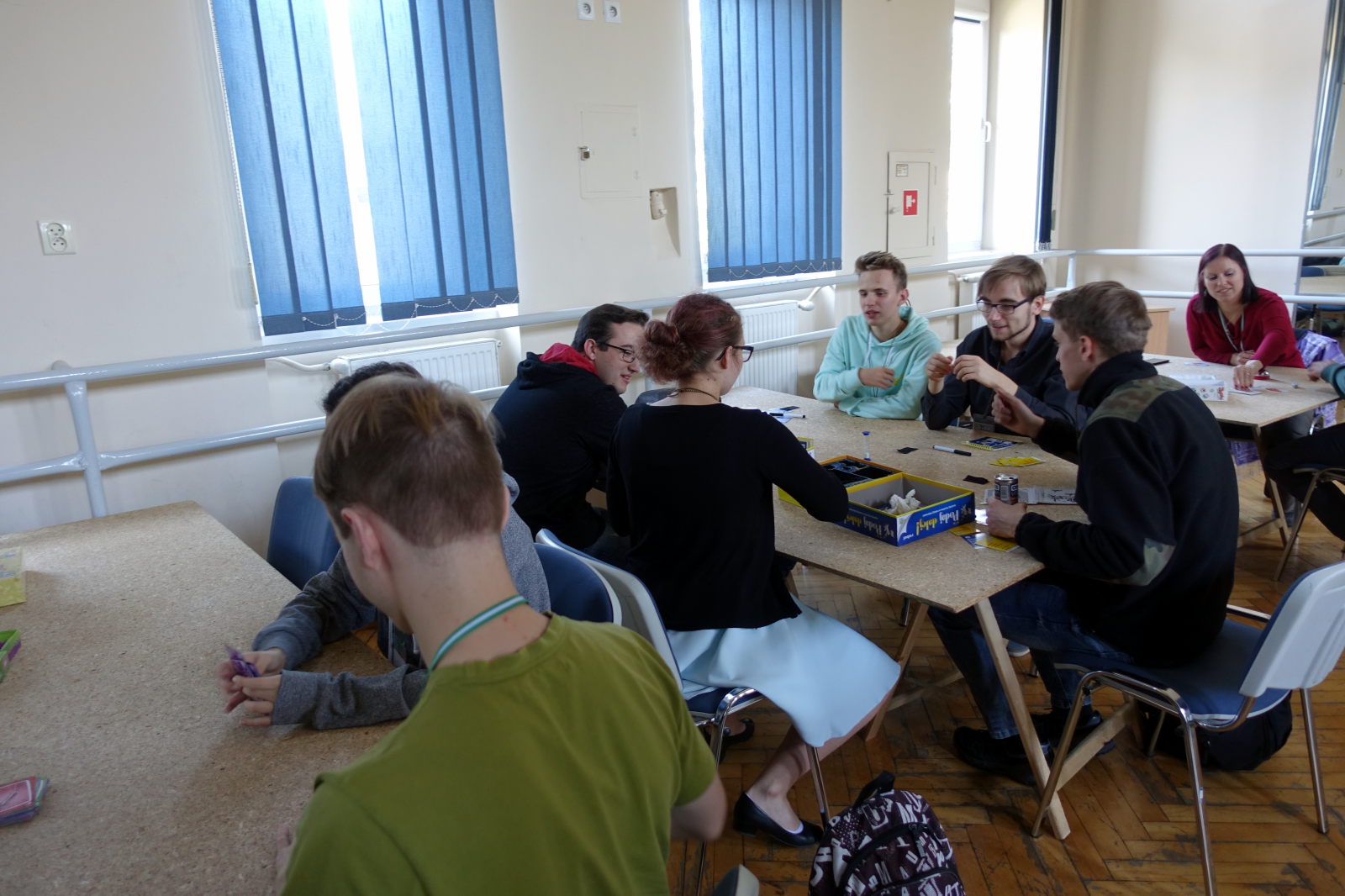 People playing in the Games Room.

I need to explain on why I decided to attend Plansówki this year. It is a con organized by the SFF club I am chairing and I had to come for at least an hour. Despite of my duties, I planned to attend it anyway, so I decided to spend more time at the con. As I am somehow tied to the organization of the con, I may not be fully objective in the report, but I hope you will understand it.

As you may expect, a small board game convention does not need a lot of typical programming. This was the case with Plansówki. There was only one lecture on board game design. The rest of the programme was filled with tournaments and game testing/presentations. Naturally, there was also a lot of games to play. 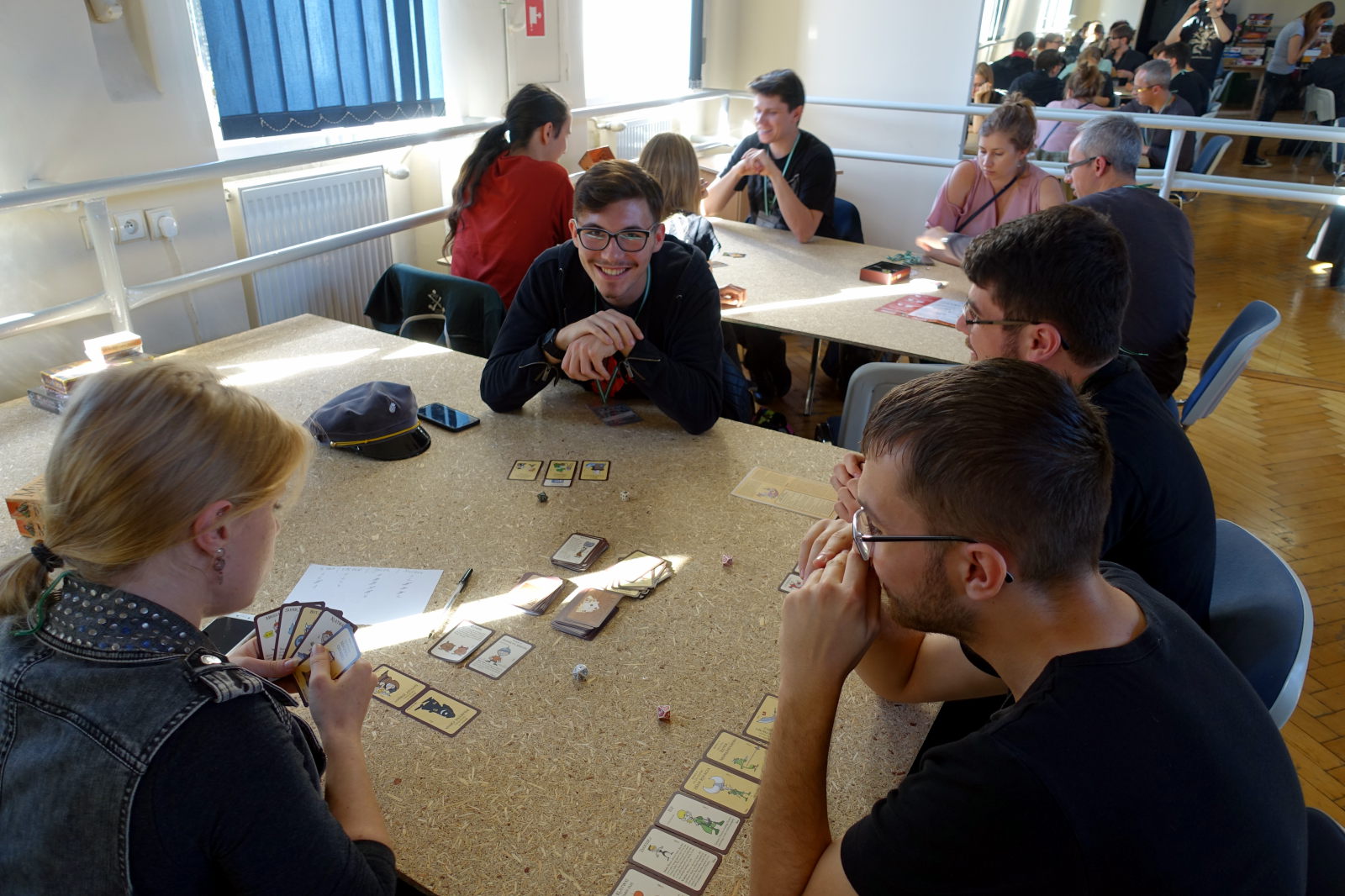 I haven’t participated in any of the planned programme items –I spent most of the two days just playing games instead. During the co,n I learned to play five games I haven’t heard of before. One, called Plażing, was still a prototype. In this game, players go to the beach. There, the players are supposed to divide it using windbreaks to earn points. It was quite nice, but not my favourite. of the other games I played were already published, and one – Obecność (Not Alone) – was so cool I bought it the day after the con… 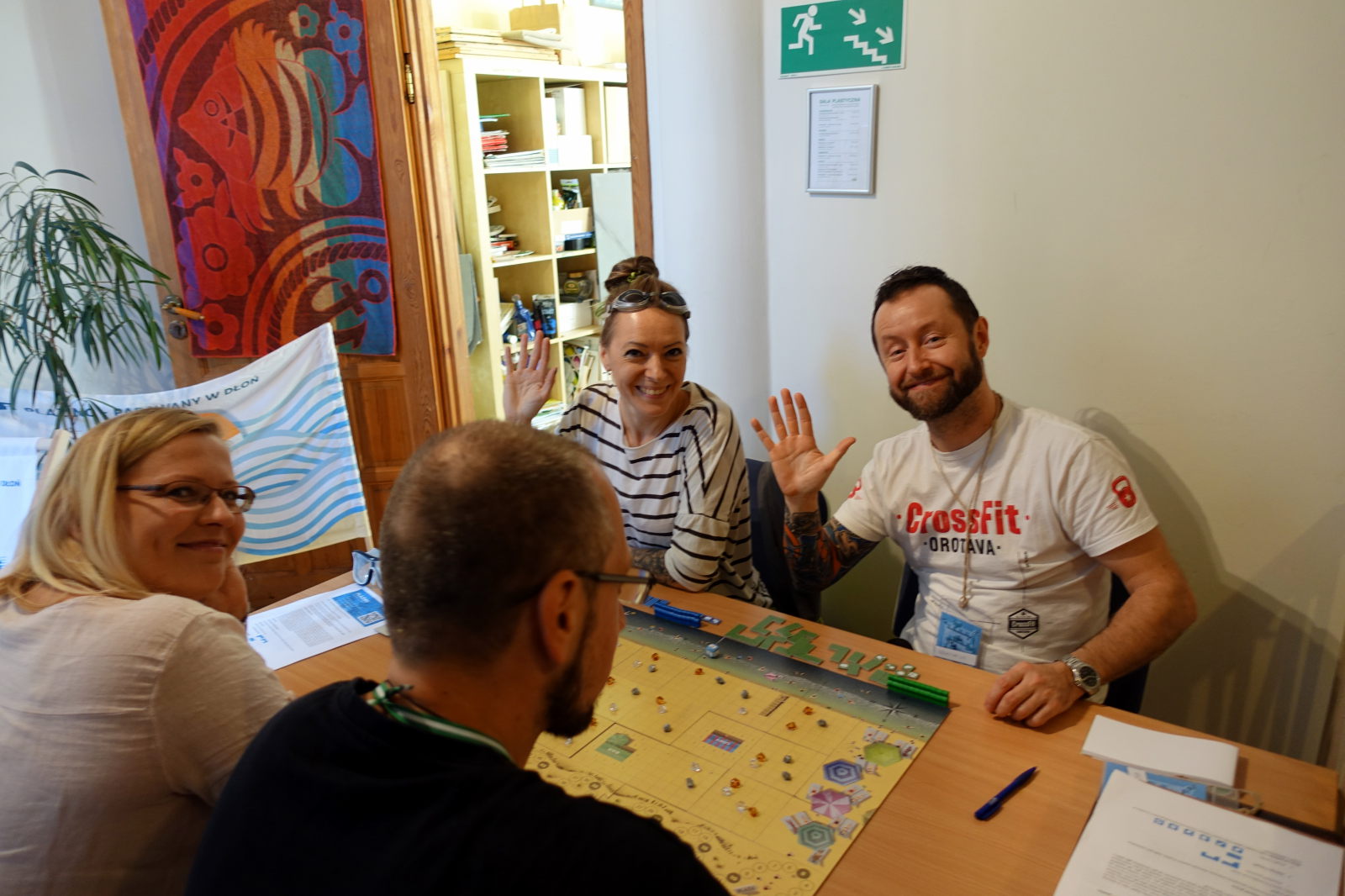 Evening in a pub

As it is often the case at Polish cons, there was a pub meeting in the evening. I did not have too much time to spend there as I had to participate in the second birthday party of the SFF portal I write for – Ostatnia Tawerna. Still, during the short time I spent at the convention pub, I managed to learn to play one more new game – Quarto. This was a little bit funny: after full day of playing games at the con we moved to a pub to play some more games 😉 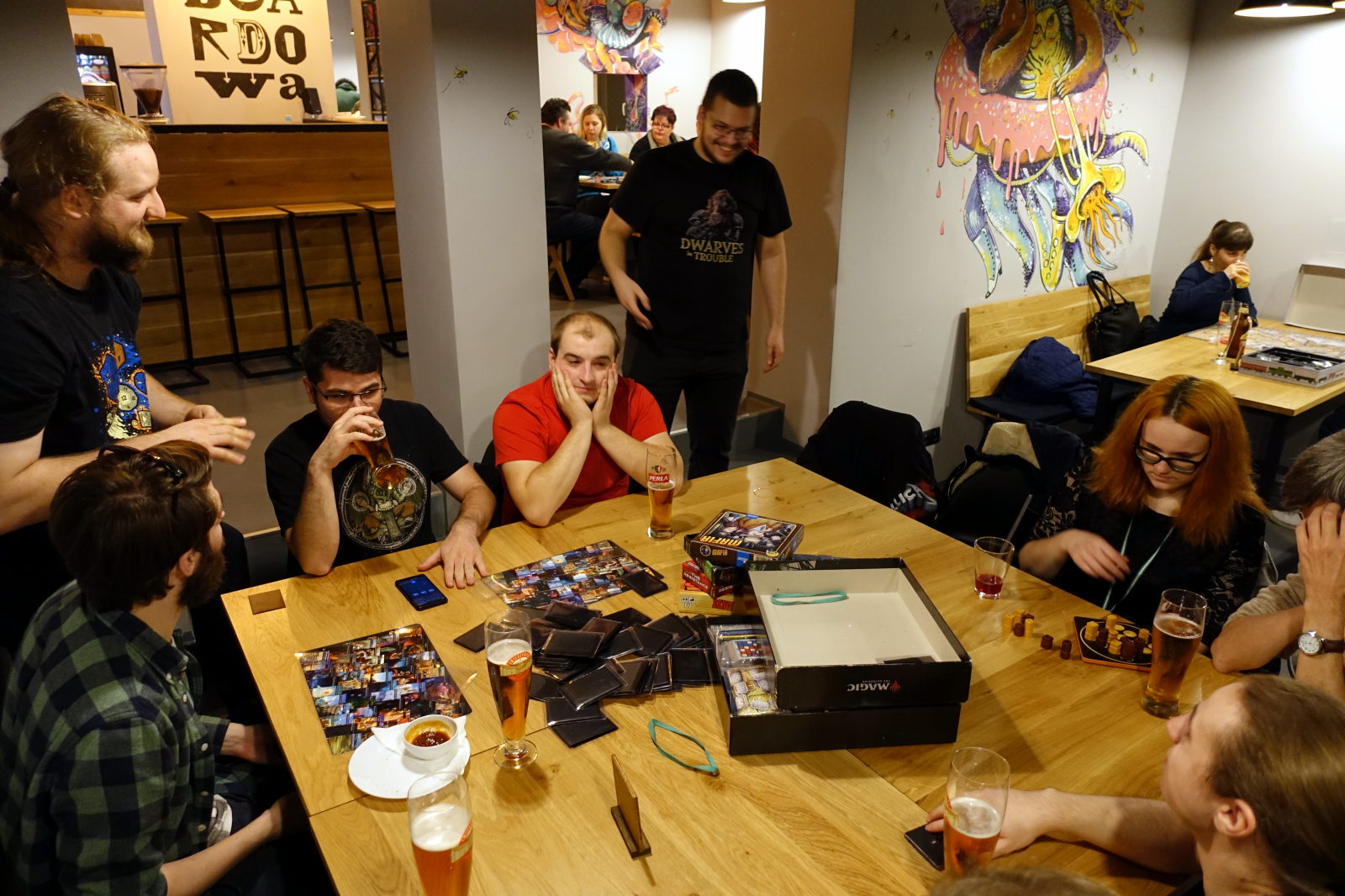 All in all, I spent my time at Plansówki really well. It was a small (less than 200 people) convention, but it was really nice. The cosy atmosphere made the playing really nice and the possibility to learn new games is always there. One thing that made me wonder was one of the members. He was from outside of Poland and he did not speak Polish. Yet, he came to the con to play games. Maybe next year we should try to reach out to foreigners living in Kraków to help them enjoy their geeky selves here? We really need to consider this. 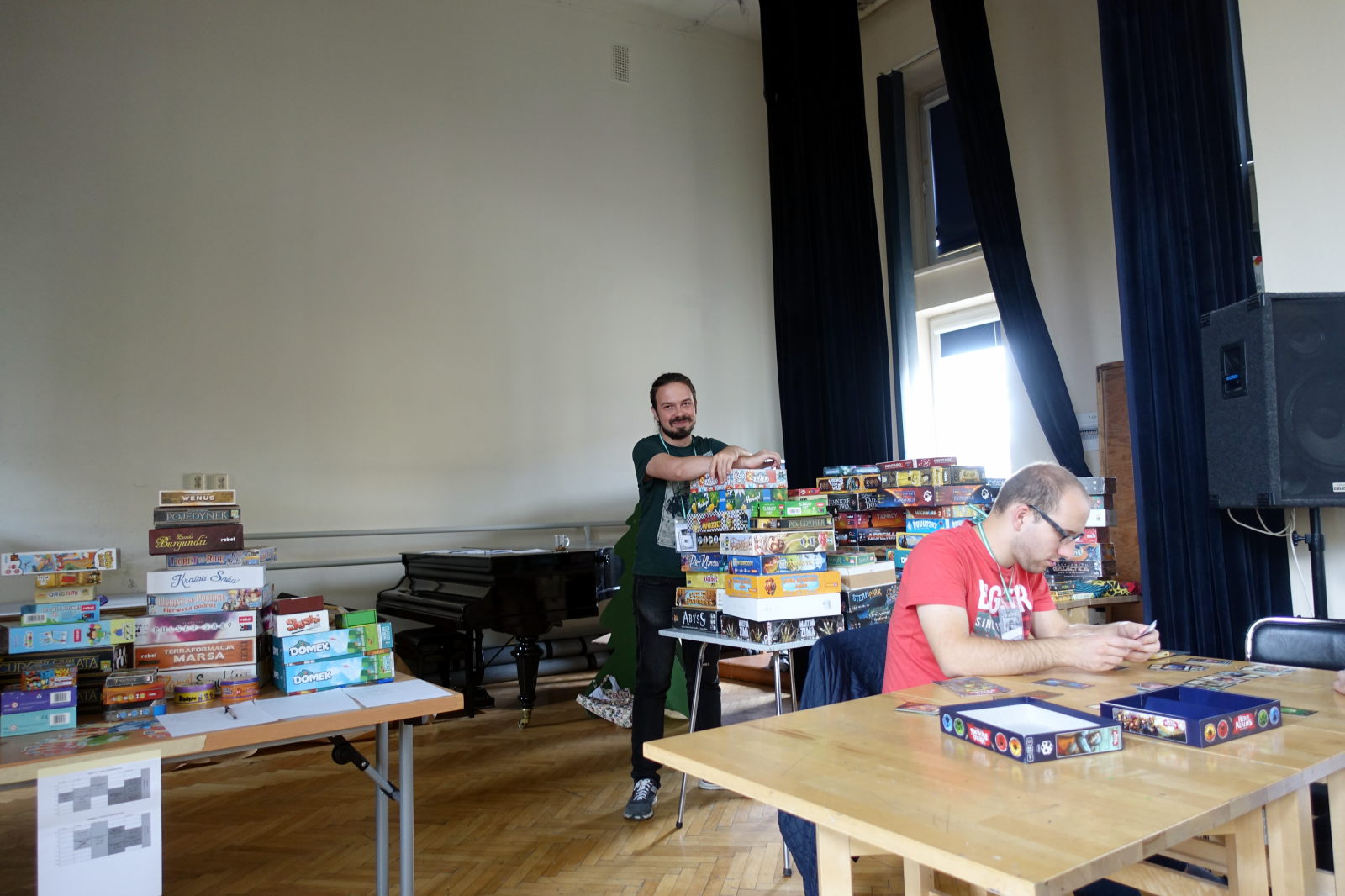 One of the co-chairs looking satisfied.

My next post will treat about Falkon and will be Published on 7th November.