I read a review of the Alita film today. And it reminded me that I had a nice fan art I obtained many years ago so I tried to look for it. And in the binder where the fan art was I had a bunch of letters in as well. They date back to the time when I joined a pen friend club. It was not a fandom-related activity itself yet at this time it was an important thing for my geeky self.

Manga and anime fandom in Poland in early 2000s

I learned about fandom in late 2001 and I have been always thinking of myself as a fandom member since 2002. Those were not easy times for M&A fans in Poland. We had no anime series and films available in Poland (nor many things were published back then, and if they did–these were very rare occurrences). One had to watch anime in TV (and one did not have a great selection of titles). We had, however, some manga publishers so at least we had a very basic source of mangas. There were not a lot of titles available – I was in school back then (and later at an university) and I was able to afford to buy all the mangas that had been appearing appearing. 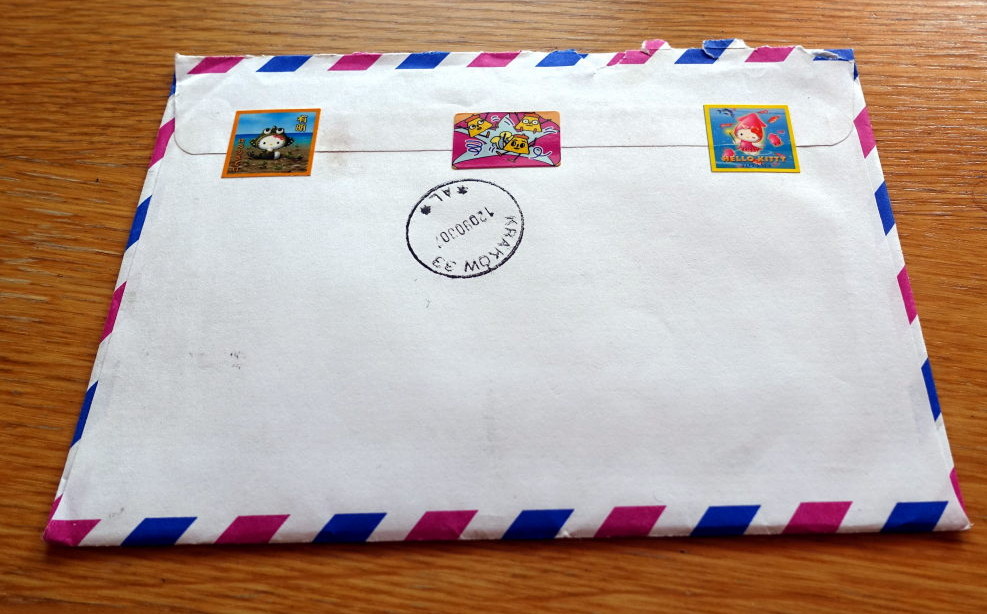 My pen friends liked to add multiple stickers on their letters.

Luckily, we had conventions and one of the popular attractions were anime screenings. And we had fanzines and friends to discuss a lot of topics with. And there was a holy grail – virtually anything from Japan. We really wanted to be closer to Japan and everything was valuable to us. Second hand artbooks that one was able to buy in Japan for 100 yens (around 2-4 zlotys at those times) were the dream for which fans were willing to pay over 100 zlotys (~25 euro nowdays). It didn’t really matter whether one knew the series – it was enough that it was an artbook from Japan. 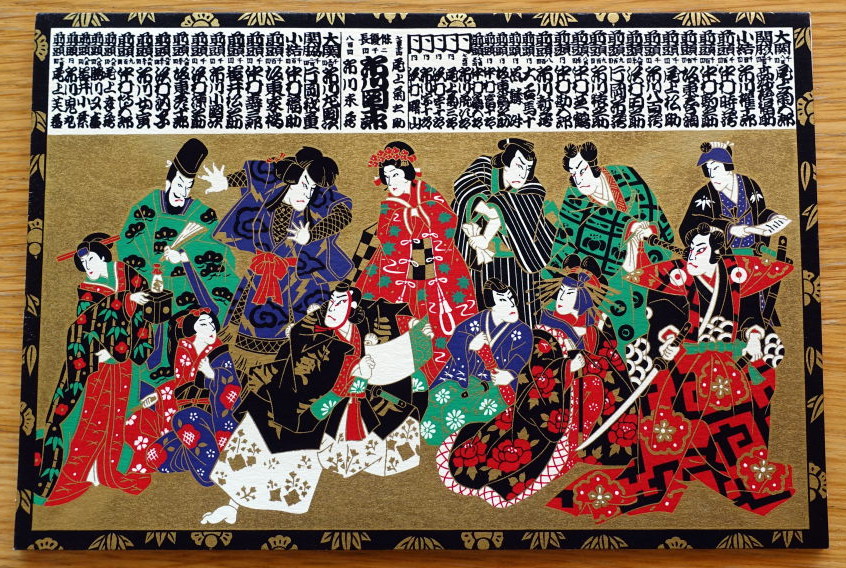 Sometimes the letter was hidden in a postcard.

Pen friends to the rescue

Some of my friends I edited the DOJI fanzine with had Japanese pen friends. They introduced the idea to me. It was an awesome thing – not only you would get a chance to befriend someone from Japan but you were also able to exchange letters and small gifts. Things like postcards, some origami paper, souvenirs etc. Yet this was the biggest dream of an M&A fan back then – it was almost like being in Japan yourself. 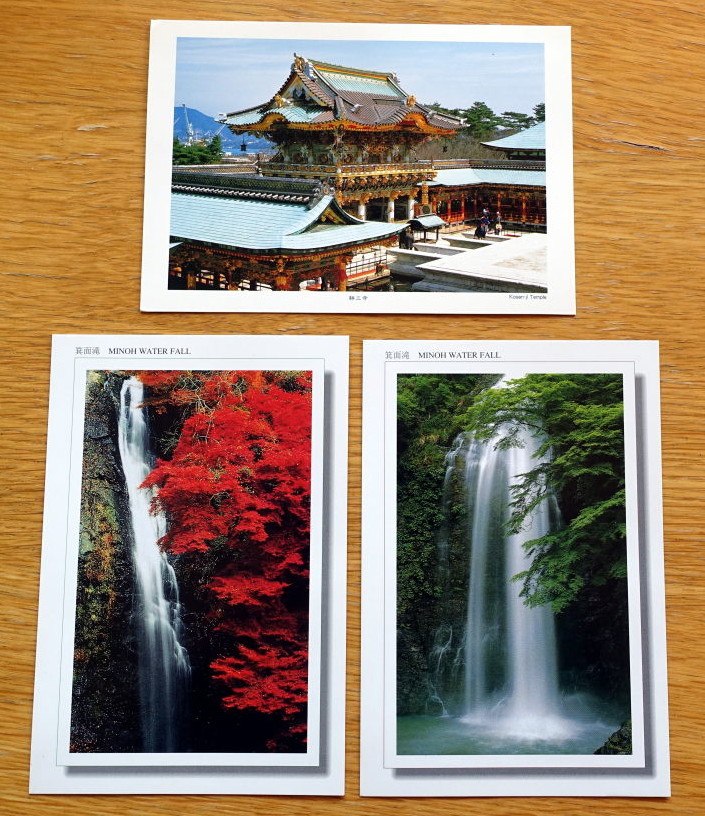 A few of the postcards I received

I decided to join the pen friend club and soon I started writing letters. My handwriting was (and still is) terrible so each person received two copies of my letter – the handwritten one and the printed one. I think that all of my pen friends preferred the latter… And then I received some replies and replied back. I don’t remember how long I had been exchanging letters and why it eventually stopped, but it was a really interesting thing to do. Now, when I found the letters, it was a really nice thing to read them again.

Why would you do that?

When I was younger, in my primary school, I liked to write letters. Then, when e-mail appeared, I somehow moved to this form of contact and I prefer it even now today. Yet when I learned about pen friends I thought it would be good to get back to sending snail mails. One of the reasons for such clubs is to cultivate the tradition of letter writing. It is distinctive from e-mails and it has some advantages. 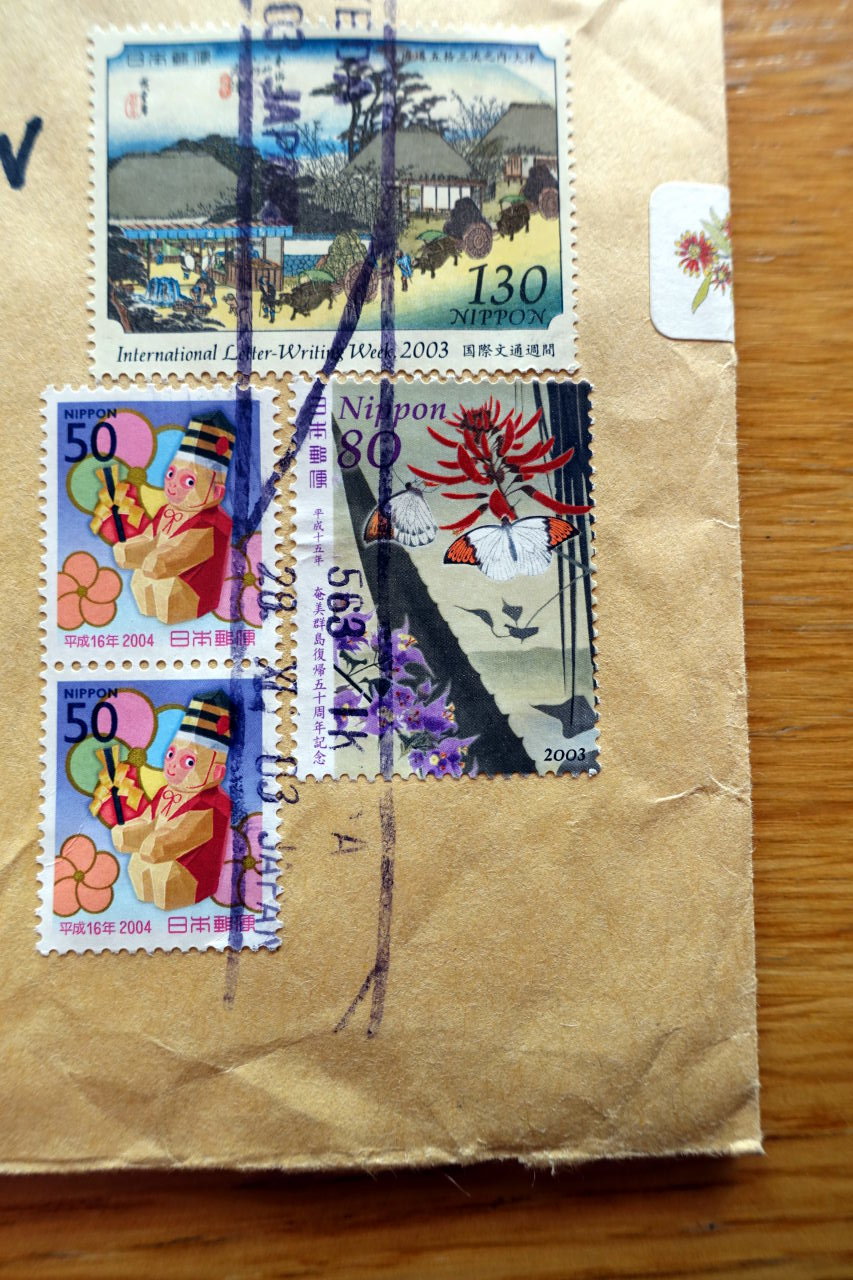 I love to look at the stamps from different countries.

I believe that another reason why people are engaging into such activities is possibility to train their language skills. And of course there is this idea of meeting other people. Possibly one would never meet the other one in real life but you can become friends and discuss the topics you both enjoy.

Lastly, there are of course the gifts. I remember how much fun it was for me to receive them but also to think what I should put in the next envelope. It was not so easy to choose – I wanted to make the other person happy and have a little surprise prepared for them.

And so the story continues

Today I decided to check whether the pen friend club I joined years ago still exists. I am afraid that it doesn’t (or it is impossible to google it using English what is possible as it was a Japanese club). Yet I was able to find another one – International Pen Friends. It is working for last 52 years what is quite impressive and I think whether I should try joining it. Maybe this way I can find someone who is into fandom, or maybe I can convince someone to join it? 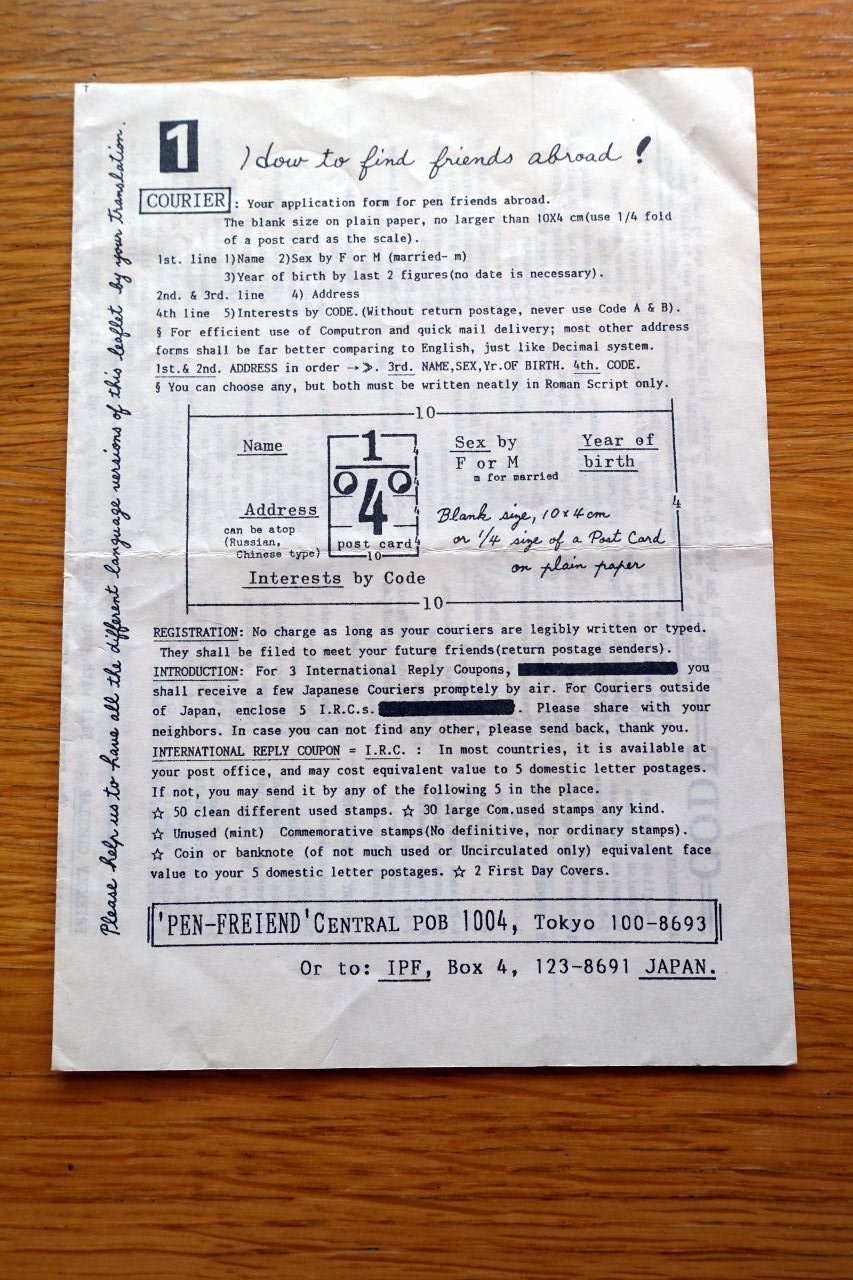 Part of the leaflet explaining how to join the club

There is definitely something special about writing and receiving letters and who knows, maybe it will be worth to invest some time and befriend more people? Only time will tell.

My next post will be published on 13th March.