Lajconik is one of my favourite conventions and I always do everything I can to attend it. When I became the chair of the SFF club organizing it, I decided to appear there as an attendee ant not as one of the staff members (I am always available for any help if needed, of course). This year, my time at Lajconik was limited, but it was still a lot of fun.

Fear and horror in RPG

Each year there is a theme to Lajconik. It does not change the whole con atmosphere, but rather gives it a specific flavour. This year it was no different. The theme was related to fear and horror. Every room at the con had a nice name inspired by horrors. I was one of the creators of an additional name to the convention – “The fear has big dice” (“Strach ma wielkie kości”). It is a paraphrase of the well-known Polish proverb “Strach ma wielkie oczy” (“The fear has huge eyes”) which means that, when we are afraid, everything looks scarier and more dangerous than it really is. 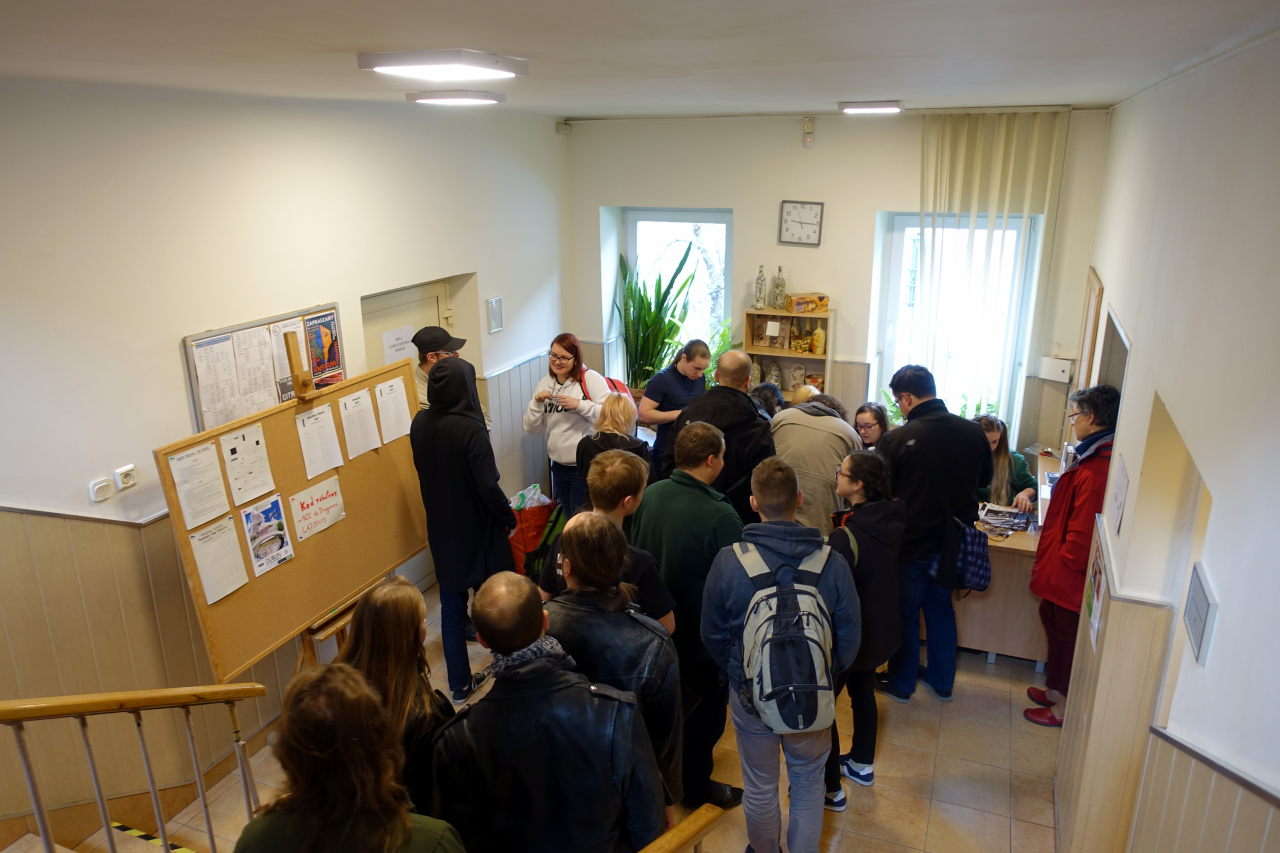 Growth is good but it also has a dark side

Lajconik is a small convention for the tabletop RPG players and for last few years there has always been a similar number of attendees. This year however more people came to take part in it. I don’t yet have the exact numbers at this moment, but the queue to the entrance was longer than usually and some people were not able to register for the RPG sessions. This is very unfortunate and although there were other things to do, some people were disappointed. I decided that in this case I would make my place I booked on a morning session available to someone else, to allow one of the attendees to play. The situation improved on Sunday and I think that vast majority of people was able to participate in a session. 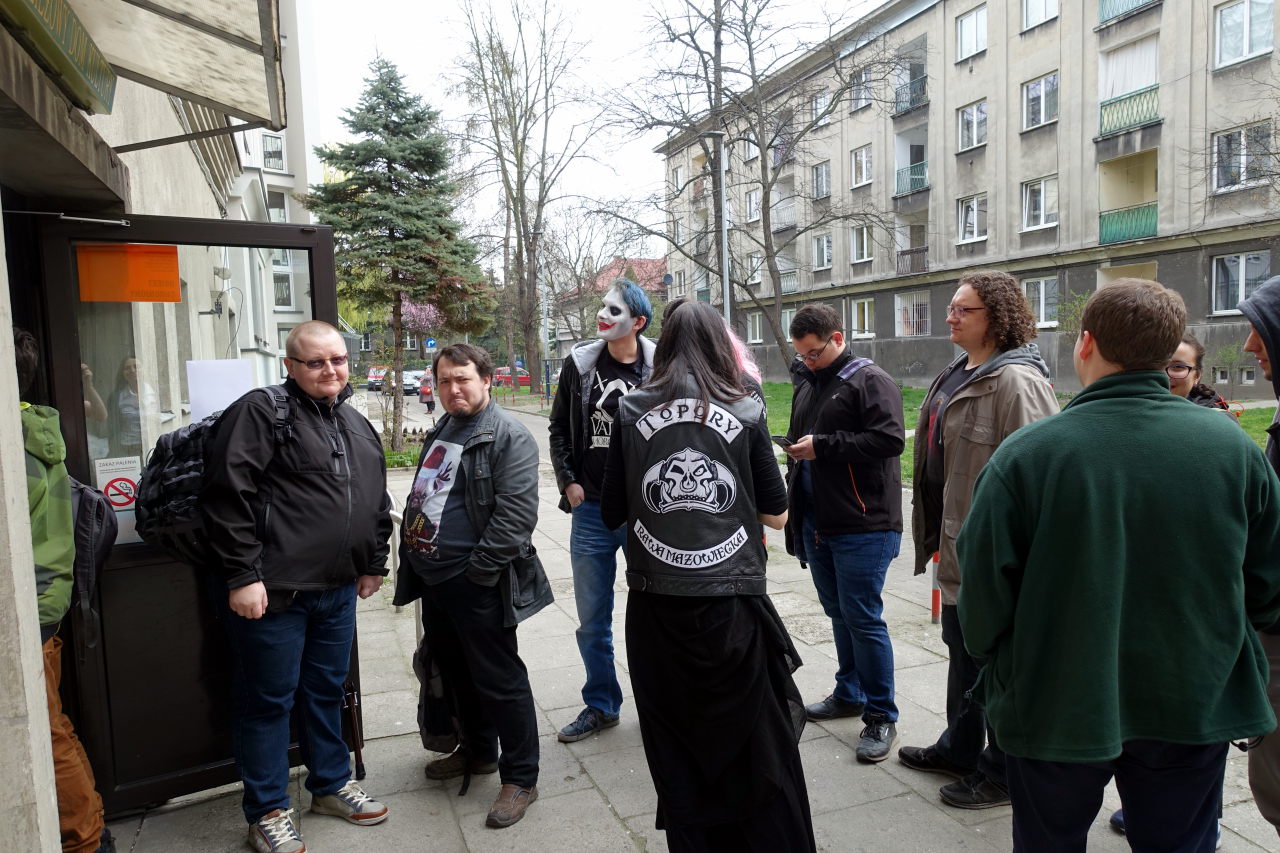 Members queueing outside of the building.

This is a lesson we, as a club, need to learn from. We already initiated some discussions on what can be done next year to ensure more space for the players. We haven’t reached a final decision in this regard yet, but I am confident that the team will work on it.

Only half of Lajconik for me

Due to personal reasons I was not able to participate in the whole convention. Instead, I was there only for a half a day on Saturday and Sunday. I really regret that I didn’t manage to attend the whole con, but I am happy with the time I spent there. On Saturday (when I resigned from the session), I spent a few hours by firstly helping with a few things and then talking with friends. I had a lot of fun and also I took part in some valuable discussions. 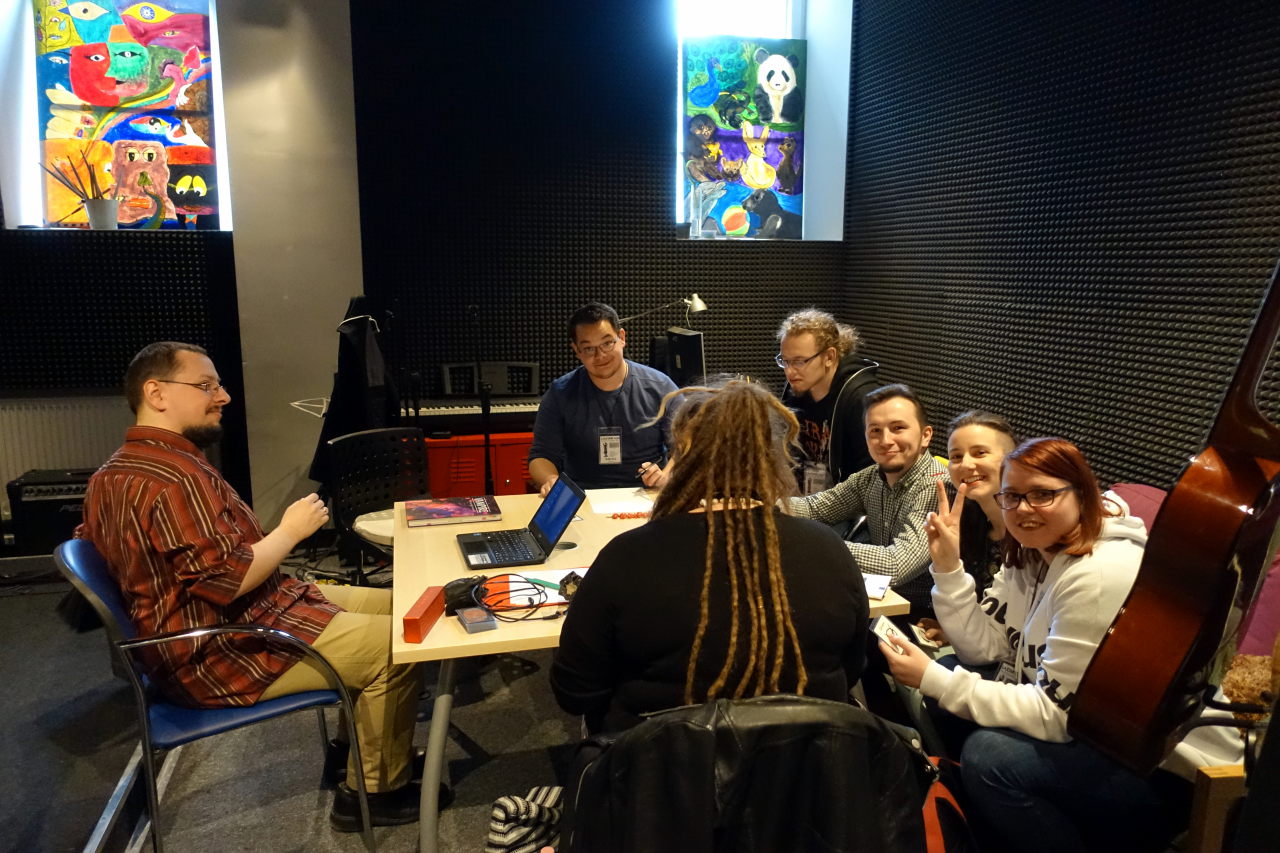 On Saturday the situation was all in all not so bad. Here GM allowed more players on his session.

On Sunday I managed to play an RPG session and I have mixed feelings about it. The session itself was quite good, maybe not the best I have played, but it was certainly decent and interesting. The GM took care of us and she was helpful and kind. Yet, at the end, we all died and it turned out that it was impossible to complete the game without dying. This left some foul aftertaste for me. I would be OK with that, provided that we, as players, could choose death to accomplish the mission but I don’t like the fact that the only way for us to escape the death was to not undertake the main quest at all.

Three of my fellow players with whom we died.

There were a few things that I regret missing. One of them was taking part in a D&D Adventurers League session. The Kraków’s AL organizing team were present at Lajconik and they run short (1.5 hour) sessions for people who wanted to try it. The second thing was a RPG crafting workshop. It was scheduled in a programme but somehow I missed it. I am not sure how it went, but I know that I need to try it next time. 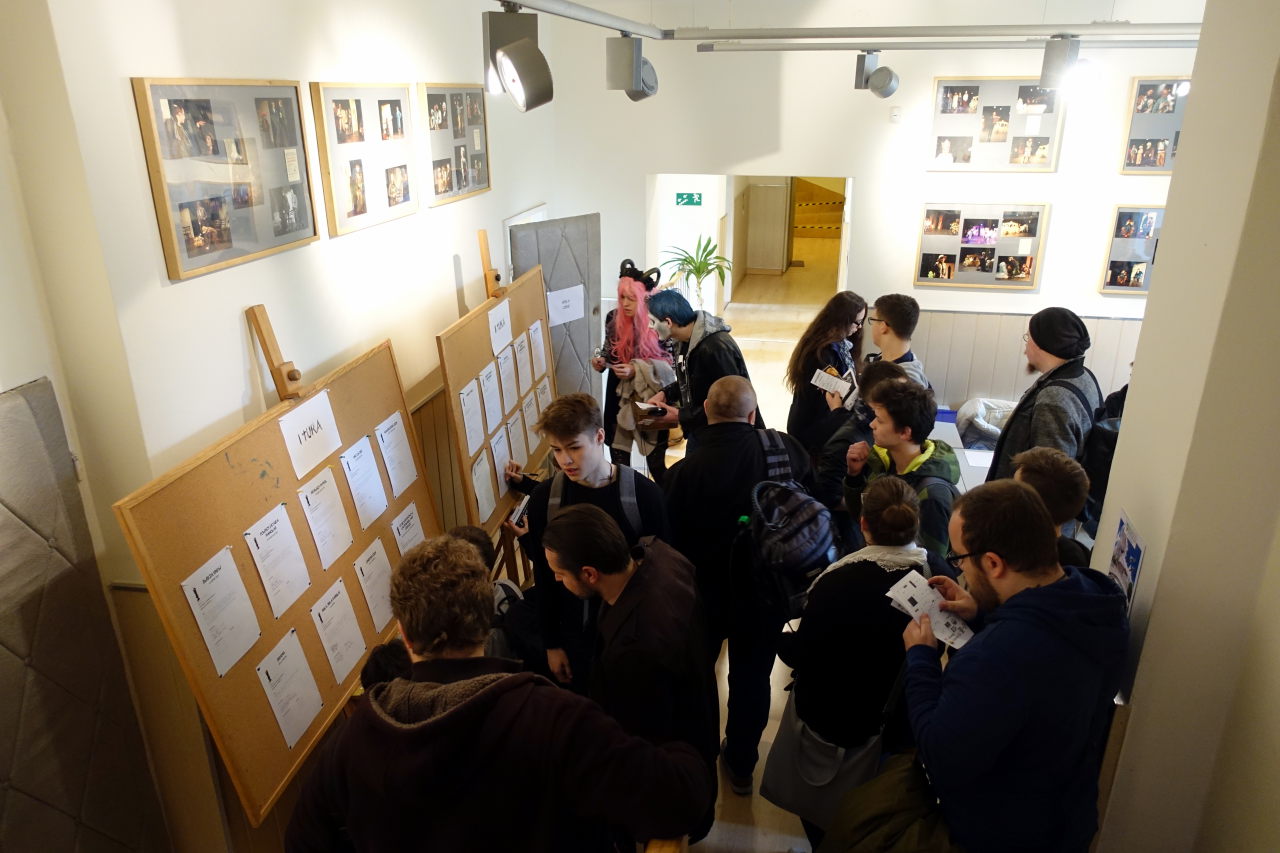 People in front of the boards for session resgistration.

All in all, Lajconik 2019 was a good convention. I had a great time there, just like each year, and even the fact that I missed half of the convention did not spoil it for me. As always, I will be looking forward to the next Lajconik and in the meantime, I need to try the D&D Adventurers League tabletop roleplaying sessions.

My next post will be published in the beginning of May and will treat about Ytterbium.