Plansówki 2019 was the second convention with this name for me. Similarly to the last years’ convention, it was devoted to board games yet there was one additional thing this year added – a location-based game. Apart from that the rest of the con was to a certain extent similar to what I experienced in 2018.

The location-based game was fun

The location-based game was called “Smoczogra” (“Dragon-game”) and it took place one week before the con. As Plansówki is organized by the SFF club I am chairing, I was involved in helping a bit with the game. This means I was not able to judge it fully (not to mention objectively) but I was really happy with what I was doing.

What I did was simply sitting in one of the board games pubs/cafes in Kraków and when the players would appear, I had three tasks for them. Two of them were simple questions (one based on a Polish children book Sceny z życia smoków what you may translate as “Scenes from the dragons’ lifes”). The last task was a simplified version of Codenames: Duet game. 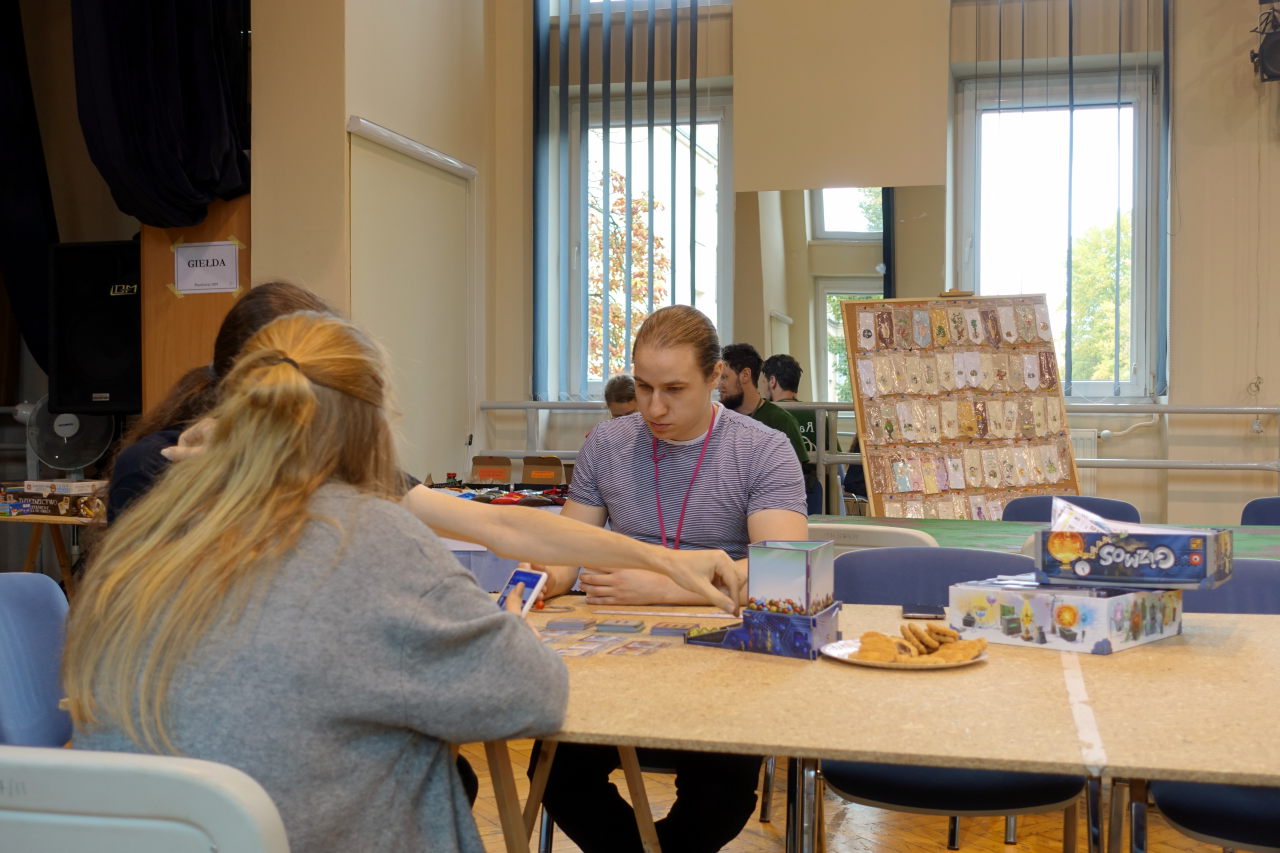 As I did not take any picture during the Smoczogra here is one from Plansówki.

We had six teams in total with varying number of people and I must admit I was surprised in how many ways they approached the last task. Each team had exactly the same board for the Codenames and most score very similar, yet the ways how they reached the final results were completely different.

The convention itself was simply gaming. This year – similarly to last year I managed to learn some new games. Firstly, together with my friends and one newly met fan we played Sheriff of Nottingham. A nice bluff-based game. I think I will not repeat it too often as bluffing is simply not my skill (yet somehow I won!). In the evening, we played Terraforming Mars and this is definitely a great game. I lost, but I became really enchanted by the gameplay. I know I will have to repeat it. 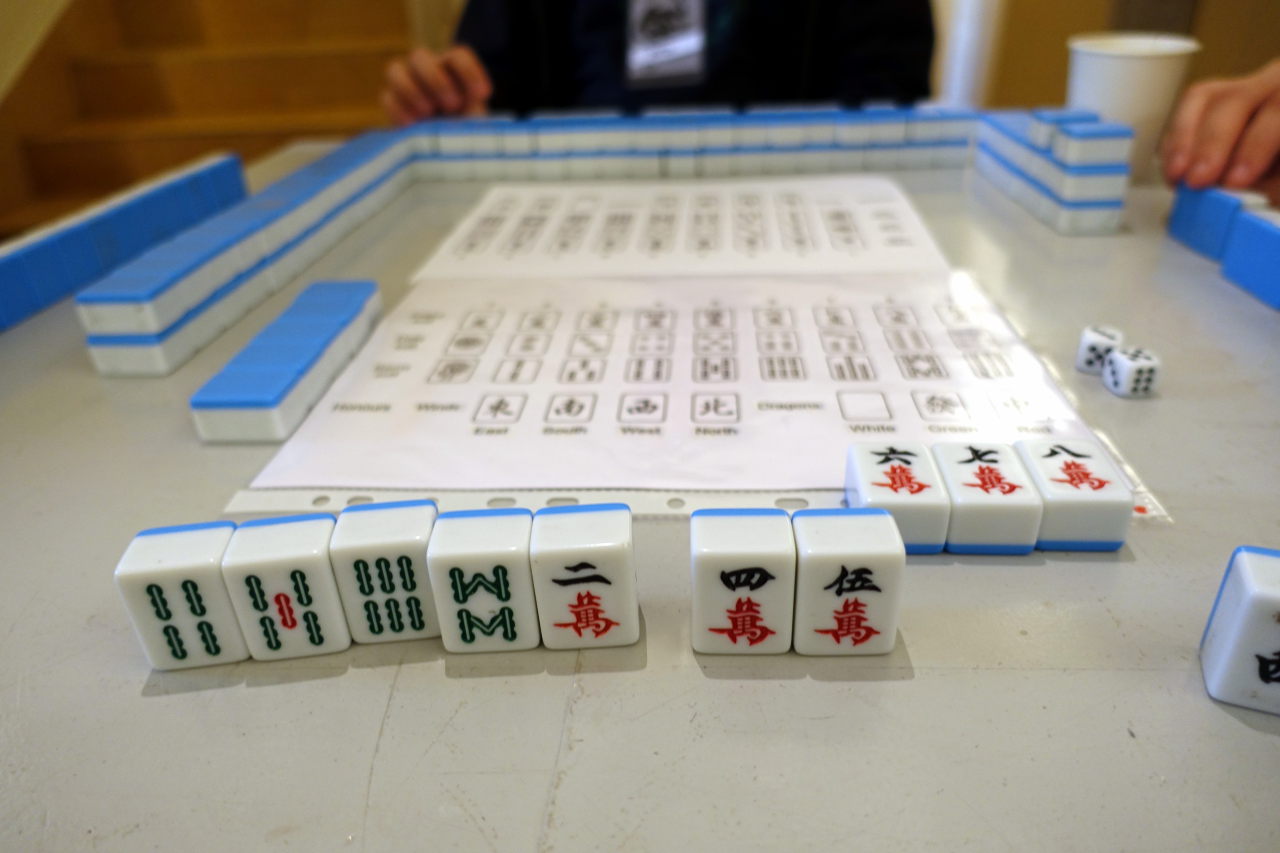 Mahjong is a nice and fun game.

Between those two big games we managed to try the classical Mahjong. It was one of the games brought by the Far-East Students Circle who came to the con to present some classical Asian games. I regret I had the chance to try only Mahjong and not the rest of these games.

… and gaming on Sunday

Sunday was a shorter day at the convention, as the venue was closing after 4 PM. We managed only to play Root. This is a great asymmetric game I learned during Plansówki last year and I had the opportunity to play again this year. I can only recommend it to everyone. 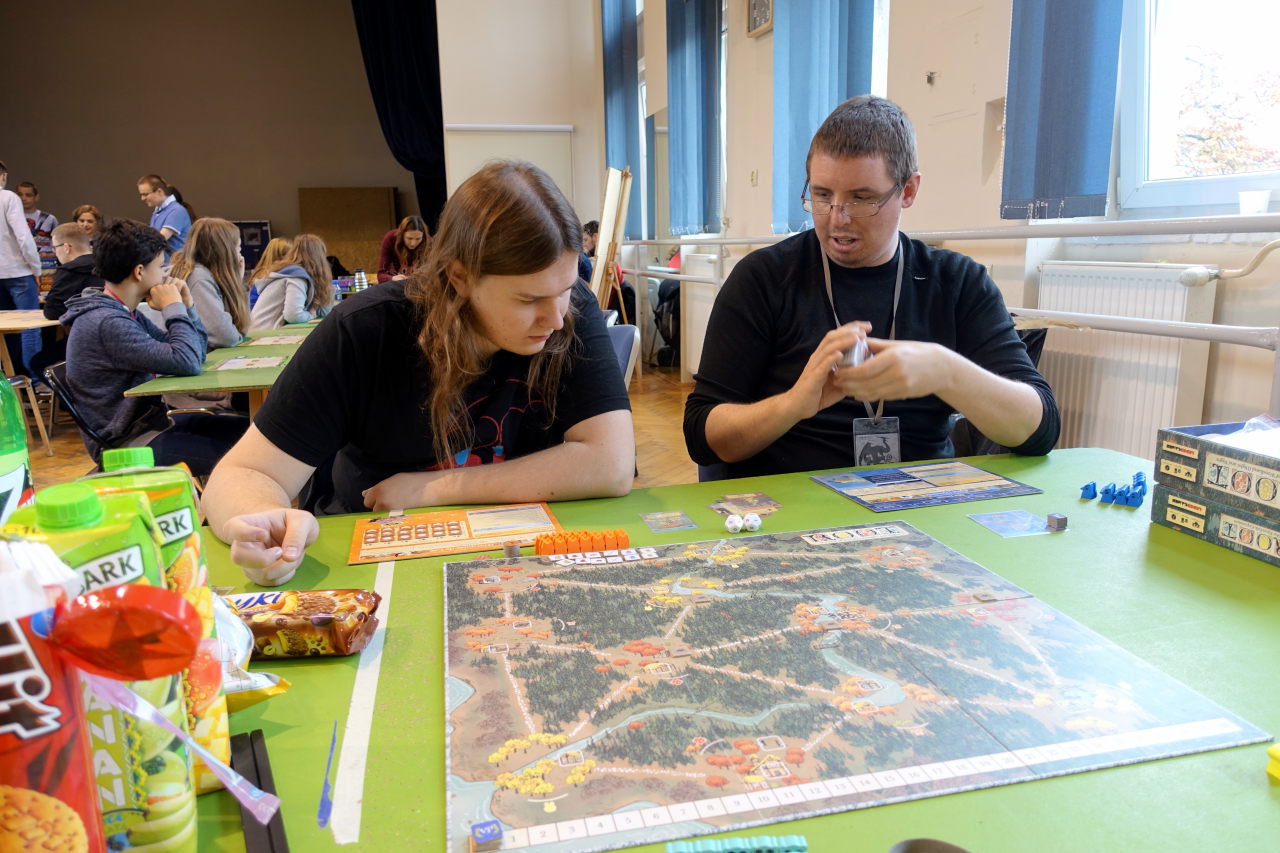 Part of my co-players with whom we played Root.

The last part of the con was a short Closing Ceremony. It consisted of thanking the venue director, announcing the winners of the Smoczogra and making a raffle. As each year some items were raffled between the members of the con present. 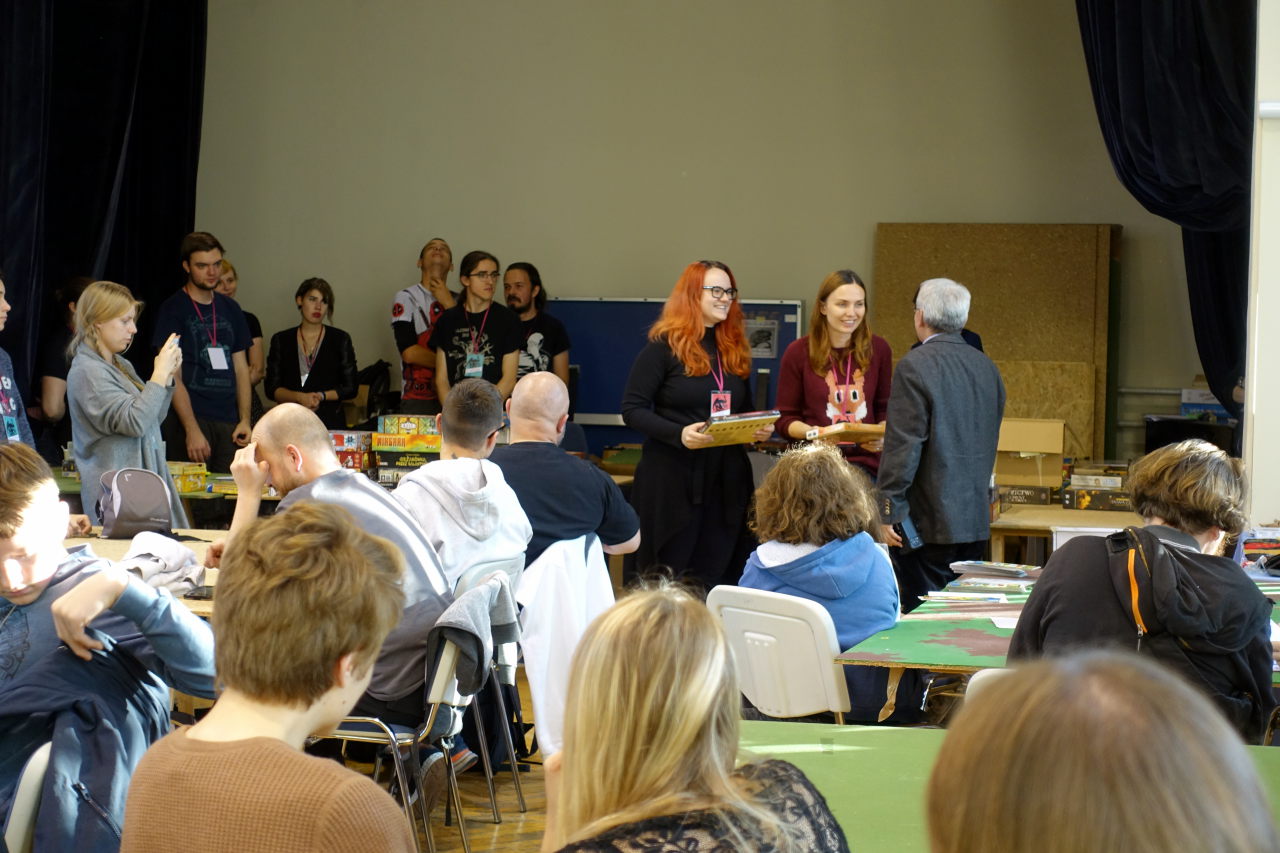 Organizers thanking the director of one of the venues.

This year’s Plansówki was smaller than the last years’ event. I don’t yet know the exact numbers but there was definitely fewer people. Still, the convention was really nice. Maybe I did not enjoy myself very immensely, but I had a really good time. The things I regret is not playing more Asian games apart from Mahjong and not meeting new people. Somehow, I spent most of the con with my friends and I barely managed to meet one person I hadn’t known before. I hope to make better in this regard next year at Plansówki 2020.

The next post will be published at 28th October and will treat about Imladris 2019.