Some virtual conventions (like Balticon) were just regular cons that moved online because of the pandemic. Others (like Konline) were created with the purpose of being online. AmazingCon falls into the second category. It was organized by the Amazing Stories Magazine and it had strong impact on the programme.

The first programme details we learned about were the readings. Many authors were invited to read their works publicly. In the final programme schedule, there were two rooms devoted to this activity (one was full of programme items while there was some free time provided in the other). 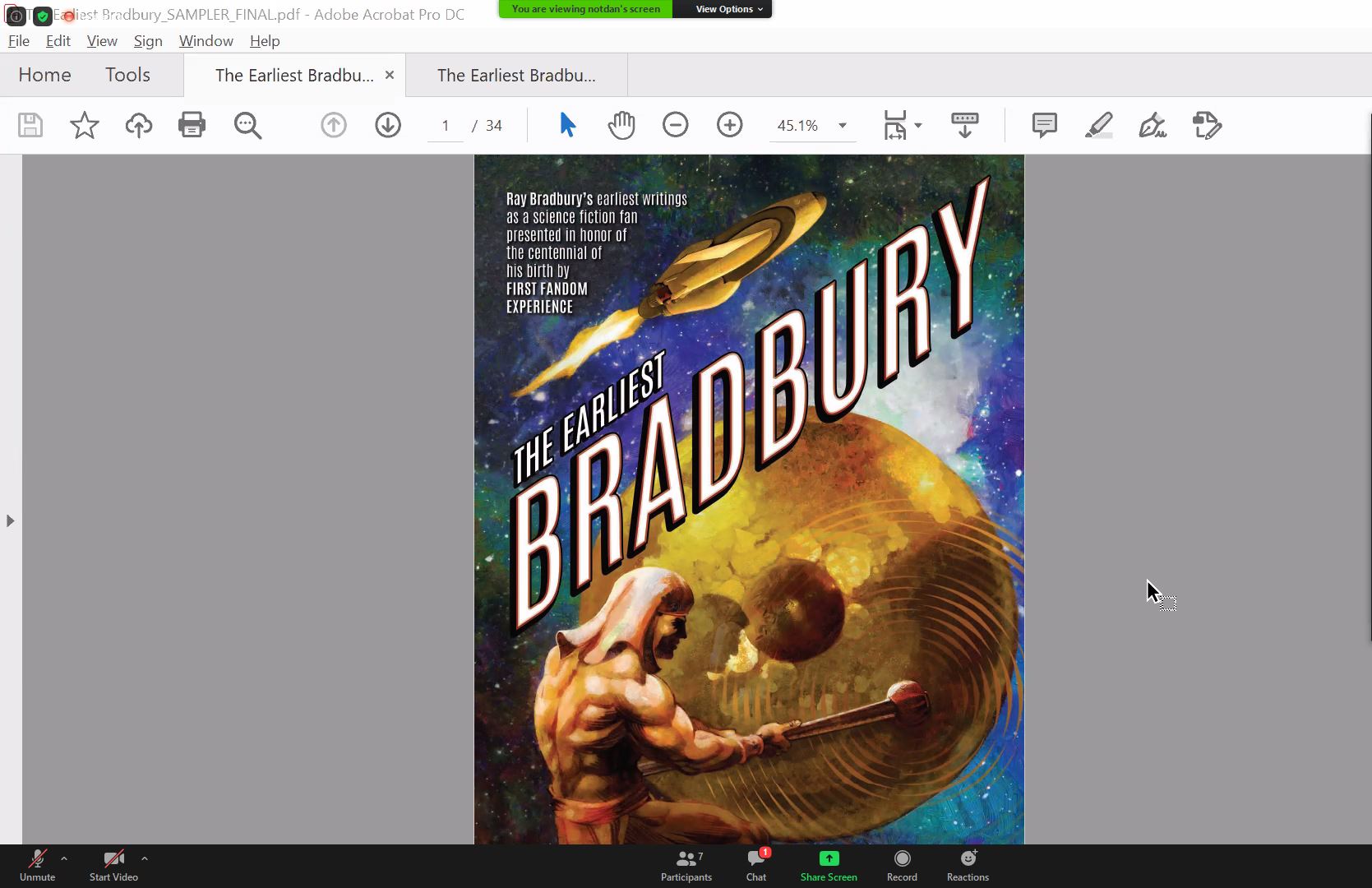 Screen sharing session from the only reading I attended during AmazingCon.

I very seldom attend such programme items during cons. This is because I understand the text much better when I read it than when I listen to it. It was no different during AmazingCon. I decided to visit just one such item where Dave Ritter and Dan Ritter from First Fandom Experience were presenting their work. In fact, they had a short talk about the books they worked on and then they read a few short stories from Early Bradbury (which were written by Ray Bradbury). This was really cool and I am happy I attended. As they were sharing their screen that showed the text, I was able to follow it and it really helped me.

Information about workshops and panels was not published as early as the readings. Yet it was done early enough so that one could analyse the programme and decide which items to visit. I hadn’t expected to participate in any workshops as I am not a writer so I thought there would be no topics for me. To my surprise, one of the workshops was really interesting and I signed up for it. And this is how I participated in the “How to critique” workshop.

The item was ran by Judy McCrosky. It focused on using critique in writers’ groups. Although I don’t participate in any such group, I found the discussion and exercises quite useful. Maybe I’ll manage to use some of the things I learned while reviewing books. Also, in case someone asks me about an opinion on their works in future, the knowledge I gained will come in handy. 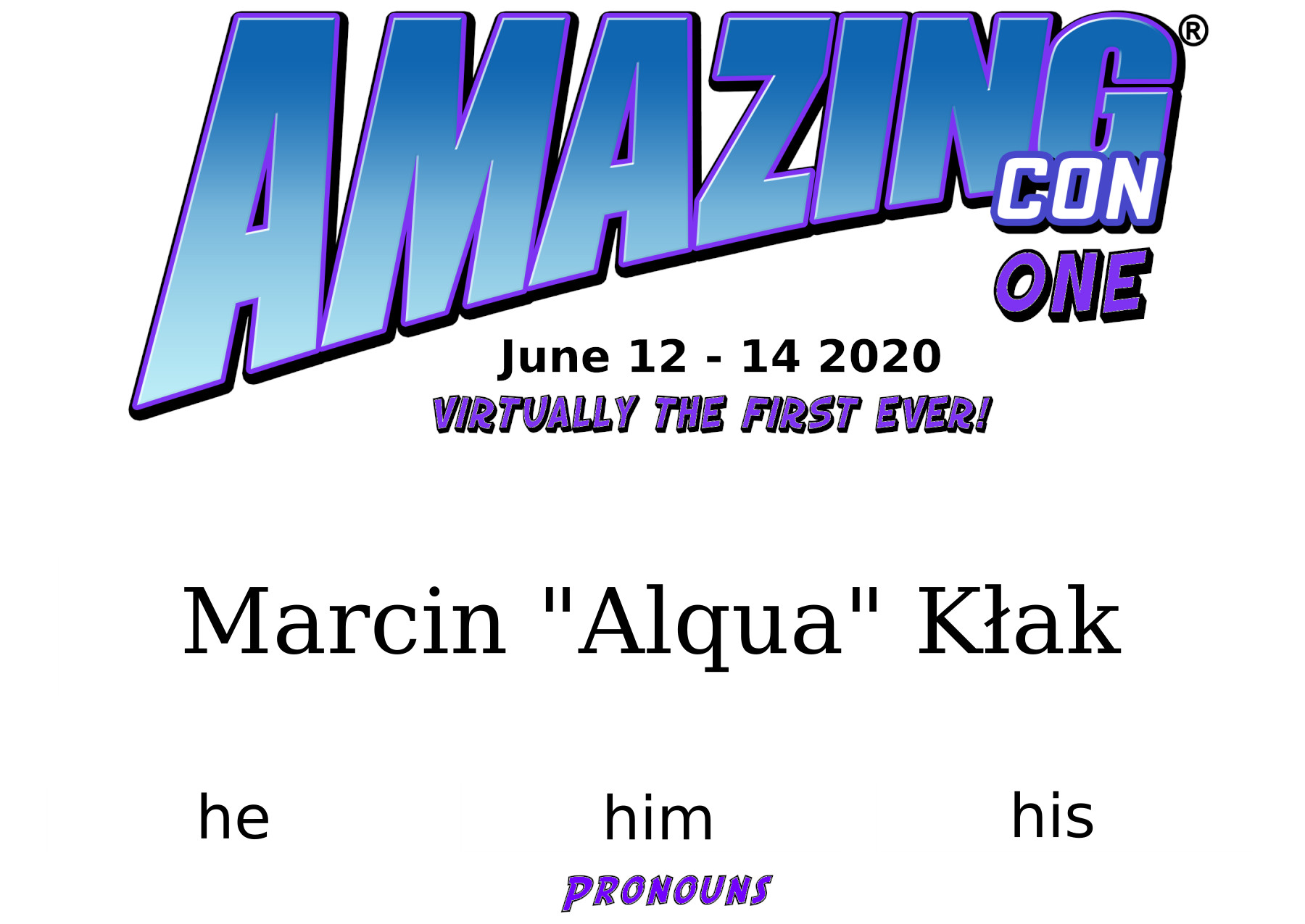 AmazingCon’s badge was very simple but contained all the important details.

Apart from the workshop and one reading, I managed to visit a few panel discussions. Most (but not all of them) were concentrated on the art of writing. Nevertheless, they were interesting even for a non-writer like myself. In fact, some of them somehow inspired me to try to write a story again. I’m not sure whether I’ll do it but there’s always a chance…

Some aspects were missing

During the con, it was possible to see that the amount of people that were involved in organizing AmazingCon in such a short time was probably not enough. I’m not saying that the convention was bad. What I want to point out is that probably certain aspects would be better if more help was provided.

I don’t like to criticize events in general so I won’t concentrate too much on mistakes. They happened – certain items started late etc. Some of the issues were related to technical problems and it really wasn’t the organizers’ fault. The one thing I really missed was the socializing space.

Happily on Sunday one of the unused “Zoom rooms” was changed into the social space. There were not too many of us there, but the few hours I spent there were absolutely terrific. We had some interesting discussions on a few topics and I was able to enjoy the time spent with other fans. In fact, because of the nice conversation we had I resigned from two programme items I had been planning to visit.

All in all, I had a good time on AmazingCon. It was not the best online convention I visited but I found some items to attend and the socializing event introduced on Sunday was a great aspect of the con. During the discussion, someone said that the convention looks promising for the future and I think I can agree with that statement. It was not perfect and I was able to spot places where some more help would do better for the con. Yet the very important part – the heart organizers put in the event, was visible. As a fan, I really believe that devoting yourself to the event you run is crucial. 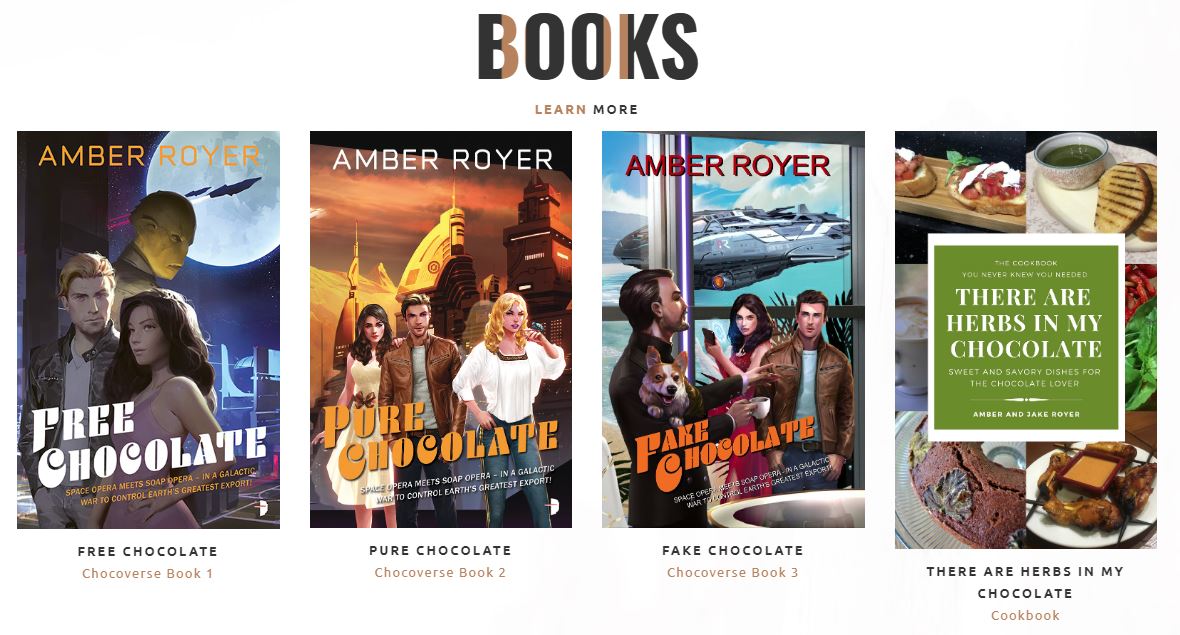 During AmazingCon I learned about Chocoverse series by Amber Royer.

I spent a nice weekend and I met a few people. I learned about many new authors and I already bought one book (Chocoverse seems like a series targeted at me). Second AmazingCon was already announced and I will certainly follow the news about it and hopefully I will also have the possibility to join 🙂