In 2013 and 2014, I visited the Kapitularz convention in Łódź in central Poland. I really enjoyed the con but somehow I hadn’t have the chance to come back. In the meantime, a lot changed about the con. Among other things, it moved to a different venue and became bigger. I was planning to visit it again but as they said – so many cons, so little time…

In the middle of June this year, the organizers announced that because of the pandemic they have to cancel the convention. They promised to host a few mini-events instead. I was rather hoping for an online con but the decision was made. As I was looking forward to a different format, I somehow lost this year’s Kapitularz from my radar. And just a month later, new information was released and it seemed that instead of the mini-events there would be a standard online-con. I am not sure when exactly I realized it, but it certainly was much, much later. Because of that, I missed the deadline for becoming the Programme Participant. Still, when I learned that there will be Kapitularz 2020 Online – also called CyberKapi 2020 – I became really interested in this convention again.

The convention organizers decided to use Discord as their venue – both programming and socializing took place there. Although I really love the tool, it has some drawbacks. The most important one is the 25 persons’ limit in a voice channel with video. Because of that, the programme items were held most often without video and with screen sharing instead.

There were a few separate programme streams but only the pop-culture one lasted continuously throughout the whole con. The RPG stream took place only on Saturday and the Scientific/historic stream was limited to a few items each day. Somehow, I spent most of my time listening to the pop-culture stream (which covered a really broad spectrum of topics).

I really enjoyed the time I spent at the concert of Barbara Karlik who plays filk on a Celtic harp. I believe it was the only item that was moved to Facebook live instead of using Discord. The concert was really good and she played my favourite song from her repertoire. I also had the chance to listen to two Tolkien related talks. The first one was related to the research performed by a Polish Tolkien fan – Ryszard ‘Galadhorn’ Derdziński – who found out that Tolkien ancestors lived on the current territory of Poland. The second one was called The X-files of Arda and focused on the mysterious creatures that were not fully explained by Tolkien. The presenters started with Tom Bombadil and Goldberry but also covered The Watcher in the Water and the Nameless Things. I was somehow surprised that they included the Blue Wizards in the presentation as we quite well know who they were although they are not really described in details in Tolkien’s main works. Still, the presentation was really good and I learned some interesting things.

Screenshot I took during Galadhorn’s presentation.

I should also mention the presentation about travelling to Japan made by one of the members of the concom. As I really want to visit Japan, it was a must see item for me and I really enjoyed it. The trip I hope to make in the coming years will have to be well prepared and I am happy that apart from reading about the country I was able to listen to some tips and tricks.

I was a little bit too tired

Unfortunately, I was slightly too tired during the con. I am not sure why that happened but it just happened. I missed most part of the Sunday programming and I really regret not attending a few items. But well – it seems sometimes one has to get some rest even from the conventions (I don’t believe I wrote it!).

The social aspect of the con did not work as well as I hoped. There were some conversations on Discord (especially around the programme items) but definitely not enough to my taste. It is of course not the fault of the organizers – it simply seems that many members were rather into attending programme than chatting elsewhere. 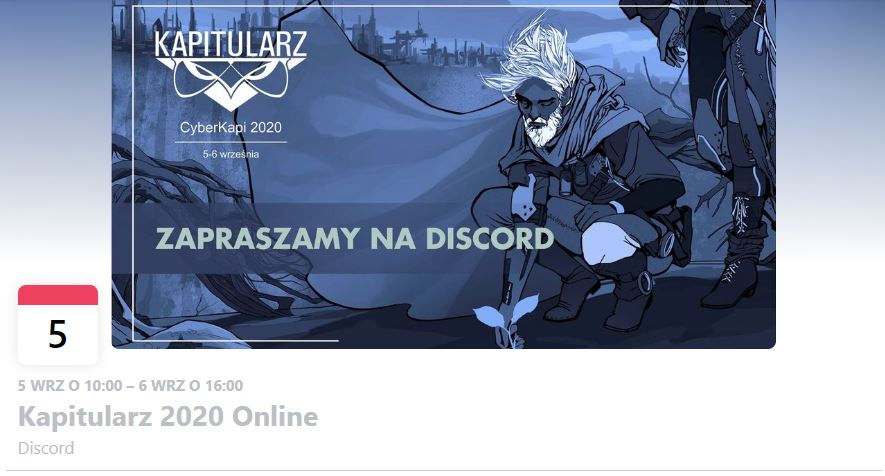 I really love the convention art.

I really loved the convention graphics. The picture was used both in the original colours as well as modified into different colour palettes. It is in a nice piece of art. I regret that the convention did not have virtual badges as I would really love to have one with this picture.

I am happy that I did not miss the con. The programming was quite interesting and I enjoyed the time I spent at the convention. Hopefully, next year we will all be able to visit Kapitularz in person and it may be a good opportunity to travel to Łódź again. Being a really interesting city but not necessarily the most popular tourist destination, there is a lot to see there. 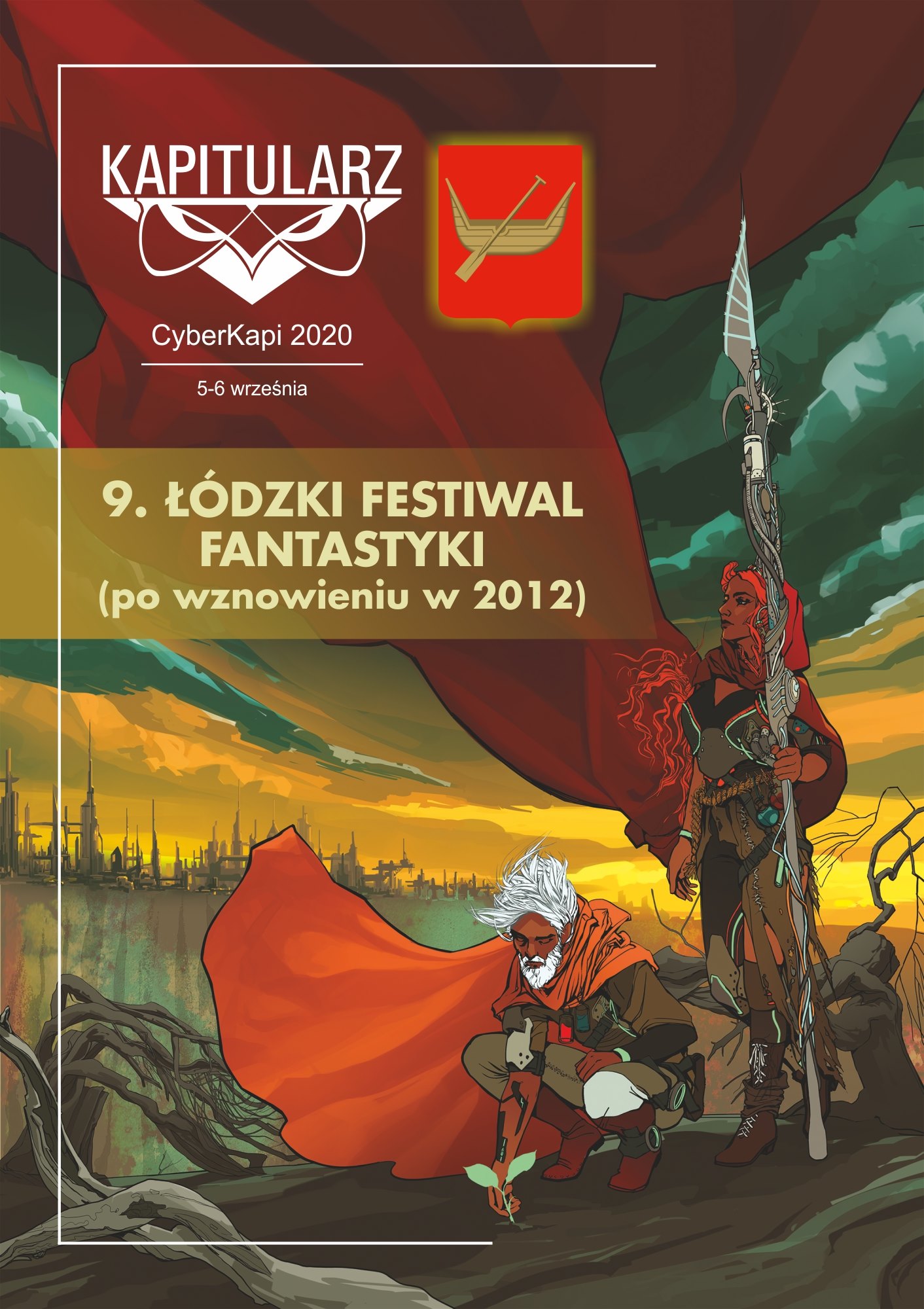 I will publish next post within two weeks – it will be a report from TGIFF.