Wow! That was a weekend! I must admit that I immensely enjoyed my time at PunctuationCon – “A small British SF convention”. It was a good mix of programme, volunteering and enjoying the company of other fans in a (virtual) bar.

Looking for a treasure

I started Friday with joining the Treasure Hunt. It was really well done and enjoyable. It was made in a pirate theme. In order to complete it one had to find twelve “items” and additionally there were six treasures hidden. Everything took place on a Discord server. Some of the posts had emoji reactions which were giving you special permissions on the server to see a quest. Most quests were about making a picture that was somehow related to the pirate theme.

I spent a lot of time scrolling all the Discord channels looking for the proper reactions. It was tiring but quite fun and the tasks we had to perform were funny and interesting. One of the quests was to take a picture of us threatening a tree that we would use to build a ship. I think that I may “steal” the general idea to use it at some Polish con. 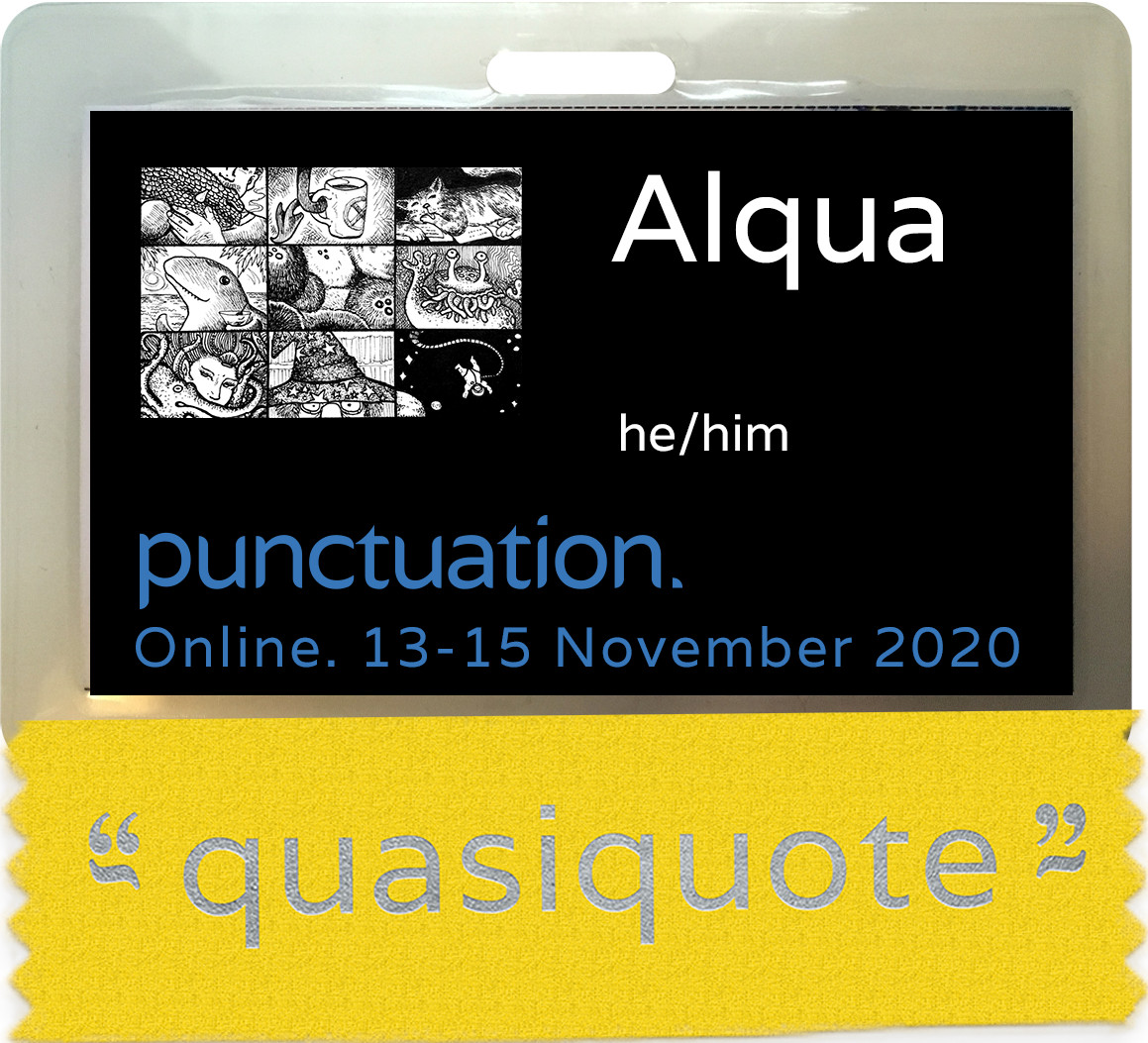 Absolutely fabulous personalized badge that came with the first ribbon.

One of the things I am really grateful for are awesome badges. You may have noticed that it is something I really treasure and I am happy that PunctuationCon decided to have virtual badges. They were truly amazing. Just take a look, and appreciate the fact that they were designed to look as typical con badges. Moreover, late comers who “paid at the door” (convention cost 5 pounds) received badges with their names “handwritten on a sticker”.

Each badge came with a ribbon showing to which house one belongs (I asked to be moved to Quasiquote). Treasure Hunt was one of the ways to gather the points for your house. There were no prizes – it was all just for fun. Other houses were Interrobang, Sarcastrophe and Hemi-demi-semi-colon – a great choice considering convention name ;).

Just after the brief opening ceremony there was a first programme item called A Short Talk About Punctuation by John D. Berry. I must admit that punctuation is not my strong side. Both in Polish and English I have some issues with putting the commas in the right places. I found this presentation really interesting, and the presenter explained some things in a way that is easier for me to remember. Should I mention that such “opening talk” was a great idea for this con?

Apart from the aforementioned talk, I managed to visit a few other programme items. I won’t mention all of them. In general, most of the items I visited were really interesting and well led. Regardless the format they were definitely worth the time spent. Still, I want to comment on one more – The Discovery of Phosphine and the Possibility of Life in the Clouds of Venus. The presentation was given by Dave Clements who is a part of the team that made the discovery that was widely commented on in all media. It was great to listen to him explaining what and why was done, and what are the implications of this amazing discovery (spoiler alert – the discovery does not mean that there is life on Venus – this is just one of the possibilities). 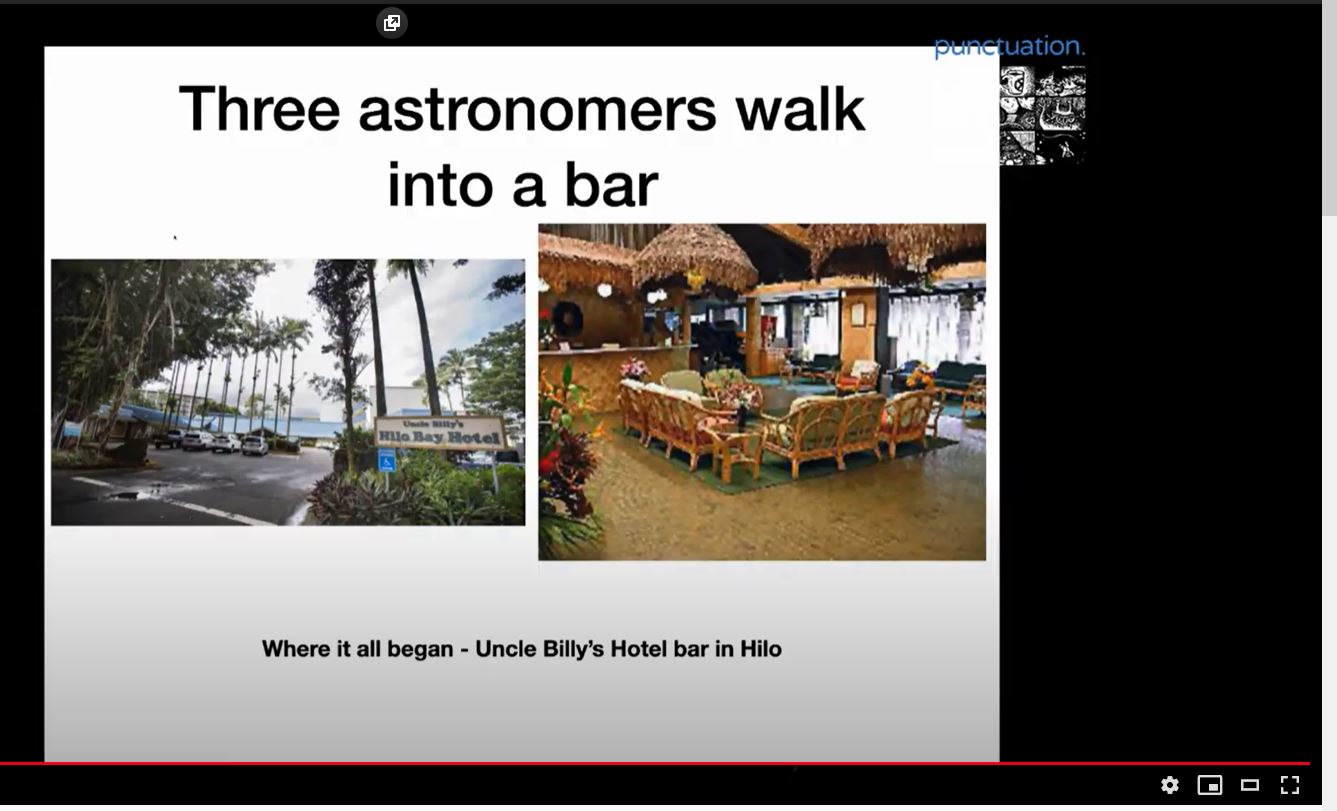 The beginning of the presentation about phosphine on Venus.

I must mention one more item that was led by Shana. It was a virtual visit to a Fan Museum. I did not manage to participate fully but it was a great idea. We walked around a virtual exhibition of hand-held paper fans and we commented on them.

I have mentioned many times already that gophering is the best way to spend a convention. When I was filling in the volunteer form I was expecting to do one thing. Somehow I ended in two roles, and I devoted eleven hours to the con. My tasks weren’t difficult though. The first one was related to having “ops-like” duty on the Discord server. I was supposed to monitor it and answer questions from other members, and of course react in case there would be some CoC violations. I did not spot any violations and there weren’t too many questions. In fact, it was calm enough and I was able to socialize a bit during my shifts. My second duty was a technical wrangler for three programme items and it was really cool. 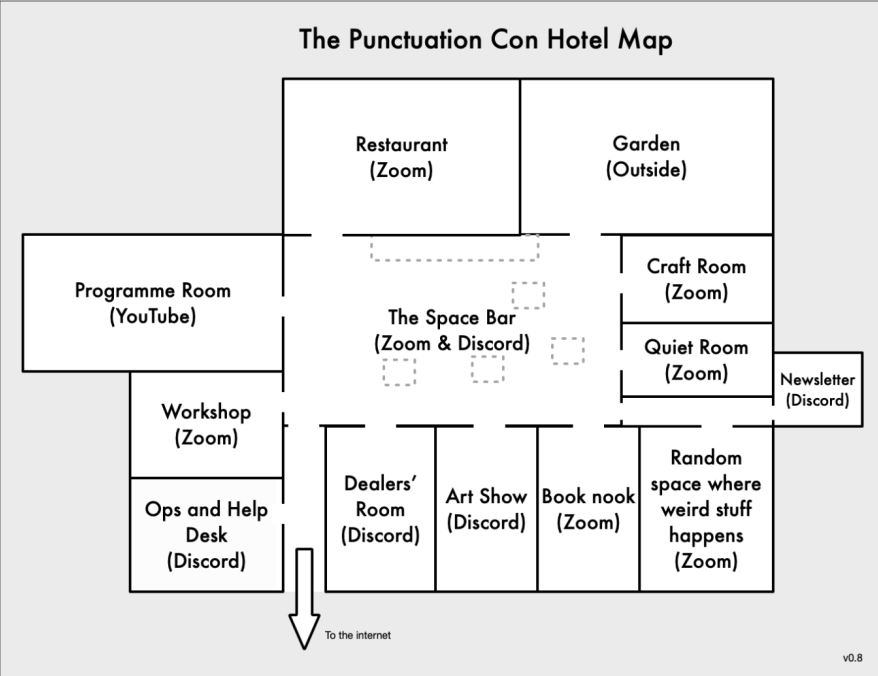 I love how the convention map was done.

PunctuationCon decided to use a new virtual venue that was not in use at any con I have visited before. Half of the programme took place on Zoom but the other half used Streamyard to stream it to Youtube. I was amazed by the Streamyard application. It not only worked really well but was also simple and intuitive. I am really happy that I learned about it and I had the chance to use it. Although Zoom works better to facilitate the questions from the audience Streamyard + YT allow really easy access for all members.

I wrote a lot and I haven’t mentioned one very important thing – socializing. PunctuationCon was really well designed when it comes to this aspect. I already mentioned Treasure Hunt, and houses, and gamification. Those are just small things but they help to feel well at the con. Some people joined a collaborative jigsaw and I heard that they made a lot of puzzles over the course of the weekend. 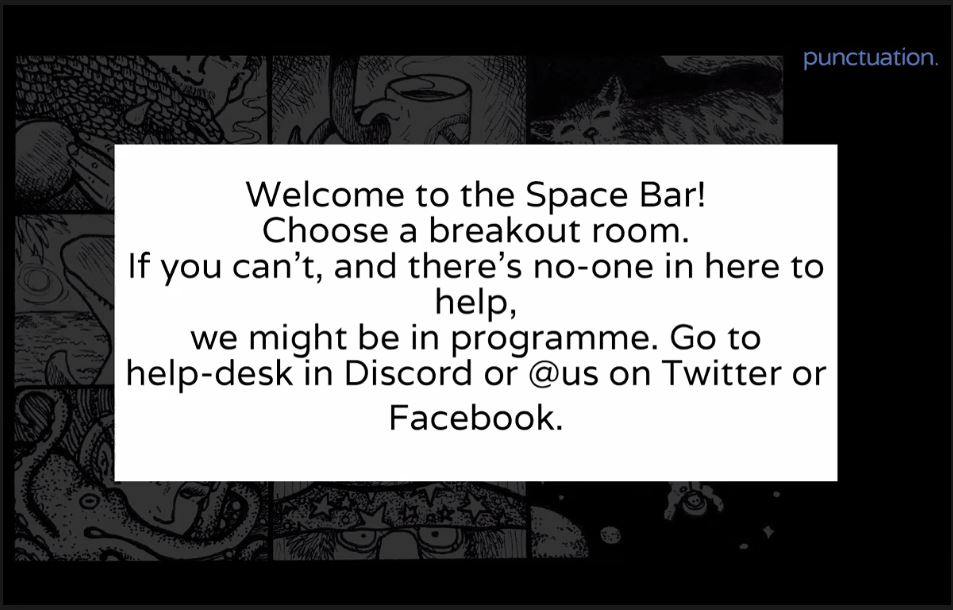 A “sign” at the entrance to the Space Bar at PunctionCon.

On Saturday and Sunday mornings we had breakfast together. Well, at least we had a Zoom space to chat and eat breakfast (or chat after we had had breakfast). It was really great. Maybe not as good as when you actually eat together in one space, but still pretty good. I know that runners had a (not)parkrun – opportunity to run together with others and talk a bit during it. I don’t run but I saw some selfies that were posted :).

There was also a Bar that one could visit anytime. I believe that during the day it was mainly empty but in the evening it was a great place to meet friends. Despite the fact that PunctuationCon was a British con, there were plenty of members from different parts of the world. I met my friends from Australia, US and a few European countries. Oh, and there was a Dead Dog party in the Bar. During the closing ceremony it was renamed to The Full Stop (if I recall correctly the name was suggested by España).

A few of the rooms available in the Space Bar.

I have some great memories from the PunctuationCon. It was really a blast. From a member perspective I simply enjoyed my time. I had the right balance between the programme (well, a bit more would be better) and talking with fellow fans. As a conrunner I was additionally amazed by some ideas and how they were introduced. It was a really well crafted con.

My next post will treat about Philcon and will be posted within two weeks.