A few months ago, I was sure that Boskone will be my first convention in 2021. Yet I had already visited Arisia and Capricon 41. The latter cooperated with the British Filk Convention – Long Distance Play – and I would like to write a few words about them.

Two conventions in one weekend?

I am still not sure whether I should count Capricon 41 and Long Distance Play as two separate conventions or rather one formed of the two. I lean toward the second option. They shared a Discord server and everything was accessible from Capricon website. Regardless of whether we count it as one or two conventions, it is important to note that this cooperation made it easier for Europeans to enjoy the weekend. Time difference between Krakow and Chicago (where Capricon is held) is seven hours. Because of that I had the chance to attend only a few items from the Capricon programme. Yet thanks to LDP it was easy for me to enjoy the convention atmosphere since the morning my time :3. 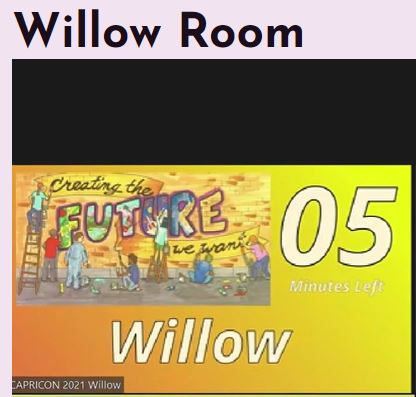 During programme items there was a timer showing how much time is left till the end.

This cooperation also meant that I spent much more time on filk-related items than I would normally do at Capricon, and I’m happy about it! I had a good time and I am happy both conventions decided to merge. From what I heard from a few other people I am not the only one who liked this setup. It was also a good opportunity for both the European and the American filkers to enjoy time together.

Despite having the opportunity I didn’t sing at any of the open filk circles. I am not sure why but I somehow preferred to listen to others. So whenever I participated in concerts or filk circles I was only the listener, with one exception. I must admit that during Rhiannon’s Lark concert I was singing along from time to time. Of course I had my microphone muted. LDP and one Irish song inspired me to write a new filk – maybe I will post it on the blog soon.

There were many great concerts. It would be hard to list them all here. I enjoyed my time listening to both funny and more serious filks. I’d like to mention three of them as they were somehow important to me. The first was Rhiannon’s Lark concert. Since I learned about her work last year I am doing my best to attend her concerts at the conventions I attend. They are always fabulous and I like her style. It was not different here. 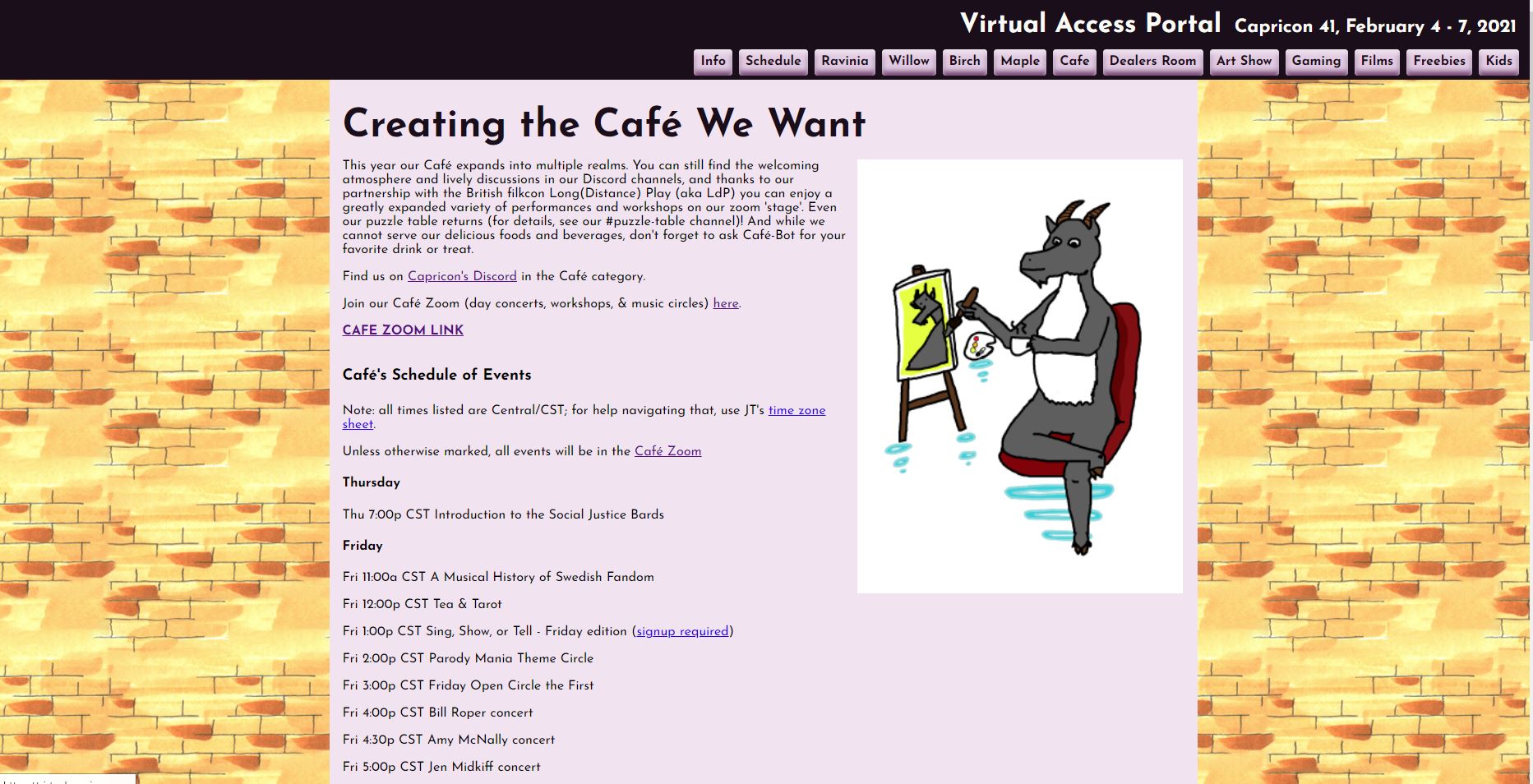 Most of the LDP items took place in the Cafe Zoom.

My new filk discovery during Capricon 41/LDP was a concert by Beth Kinderman. Her music was nice and I enjoyed the concert. And then she played one song that set me in the “I MUST listen to it again” mode. It was called The Ones Who Walked Away. The song was inspired by the short story by Ursula K. Le Guin – The Ones Who Walk Away from Omelas. I love how Beth Kinderman approached this story and how she changed the way I look at it. The song is supposed to be a part of her new album that I believe is planned for late 2021. I am sure I’ll buy it.

The last filking item I want to mention is a presentation of a video by WorldDream. It is a project by Steve Macdonald who attended every filk convention in the world in 2001 along with the Worldcon that year. At each convention, he asked filkers to sing one song and he connected them into one music video. Listening to it was magical. Especially now during the difficult times when we can’t meet together. I am happy I learned about the project and was able to listen to it.

The Great Kaffeklatsch and other programme

I had the great occasion to attend a Kaffeklatsch with Ada Palmer. It lasted much longer than scheduled and was great. So far I read only one novel by Ada Palmer but I loved it. It was wonderful to hear her talking about different topics. What struck me was the amount of research and attention to detail in her books. I also realized I should try reading them in English – not Polish – to get some of the flavours. 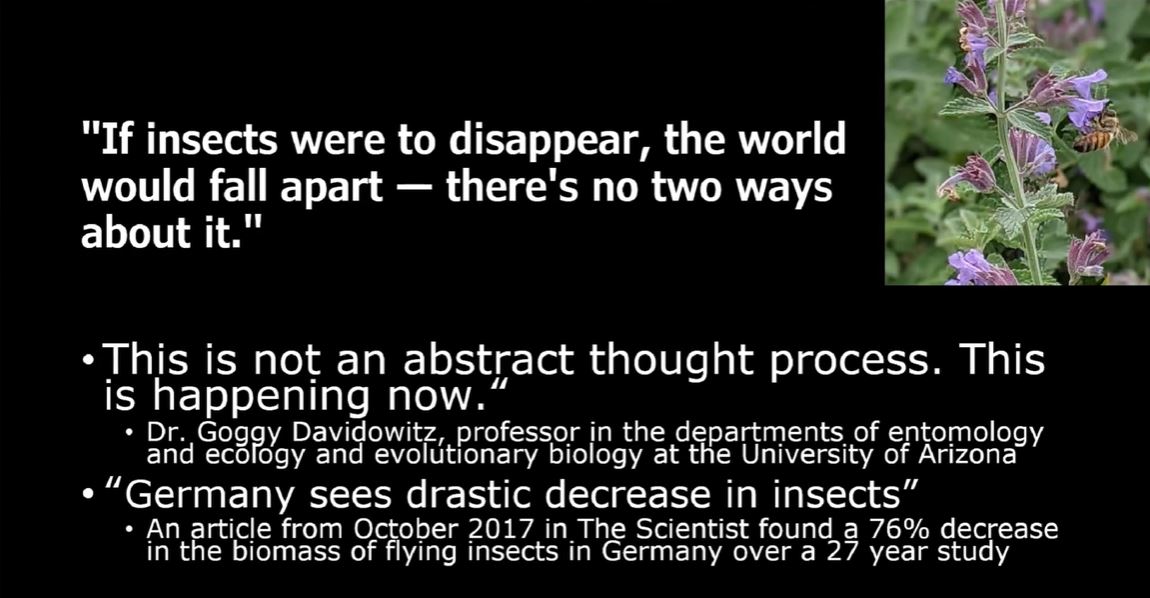 Although I was mainly attending filk items I also managed to see some other programme at Capricon.

I also listened to a few panels. Some of them were more concentrated on science (like Silent Spring Redux, A Future without Insects) while others covered different “geeky” topics (e.g. Being Geek Adjacent in Fandom). In general, it was an enjoyable experience.

What I missed was the social aspect of the con. I think that it might have been my own fault to a large extent. I was talking with the people at the Glasgow in 2024 fantable but that was all. What I regret is the fact that I did not use the opportunity to meet more fans from the Chicago area. I hope that I will have more occasions for that. I would love to attend the Chicon 8 next year.

All in all, the weekend was nice and I enjoyed my time. I am also looking forward to the upcoming conventions and I hope I’ll be more social then.