Oh dear! Worldcon 75 was such an exhausting and memorable event. Despite the fact it has ended a few days ago, I am still not fully recovered. Nevertheless, I will try to make a proper convention report. This time it will be split into two posts since Worldcon is somehow huge. Also I have more than one perspective on it, being both a Worldcon member and a staffer. I will try to be impartial but you know – it is not 100% possible when you have devoted a lot of your time and heart to the convention.

In the beginning there was hydrogen… Well, let’s not go so much back in time ;). In the beginning there was the bid and when I have heard about it, I was disappointed that Helsinki lost 2015 to Spokane. The team did not surrender and in 2015 Helsinki won the voting. Since then I started to watch Worldcon 75 more closely and somehow on the way I joined the team (more about this in the second part of report).

The first version of website wasn’t user friendly enough but prior to the convention it was improved. I really liked the fact that there were two options to buy membership and although I don’t like Stripe as a payment processing company it worked quite well. When talking about website and tech, I really liked the whole system. It was easy to use and it allowed buying additional trips, or paying for Site Selection, etc. Last but not least, the Hugo voting was really easy to use and I hope that the future Worldcons will be also using it. 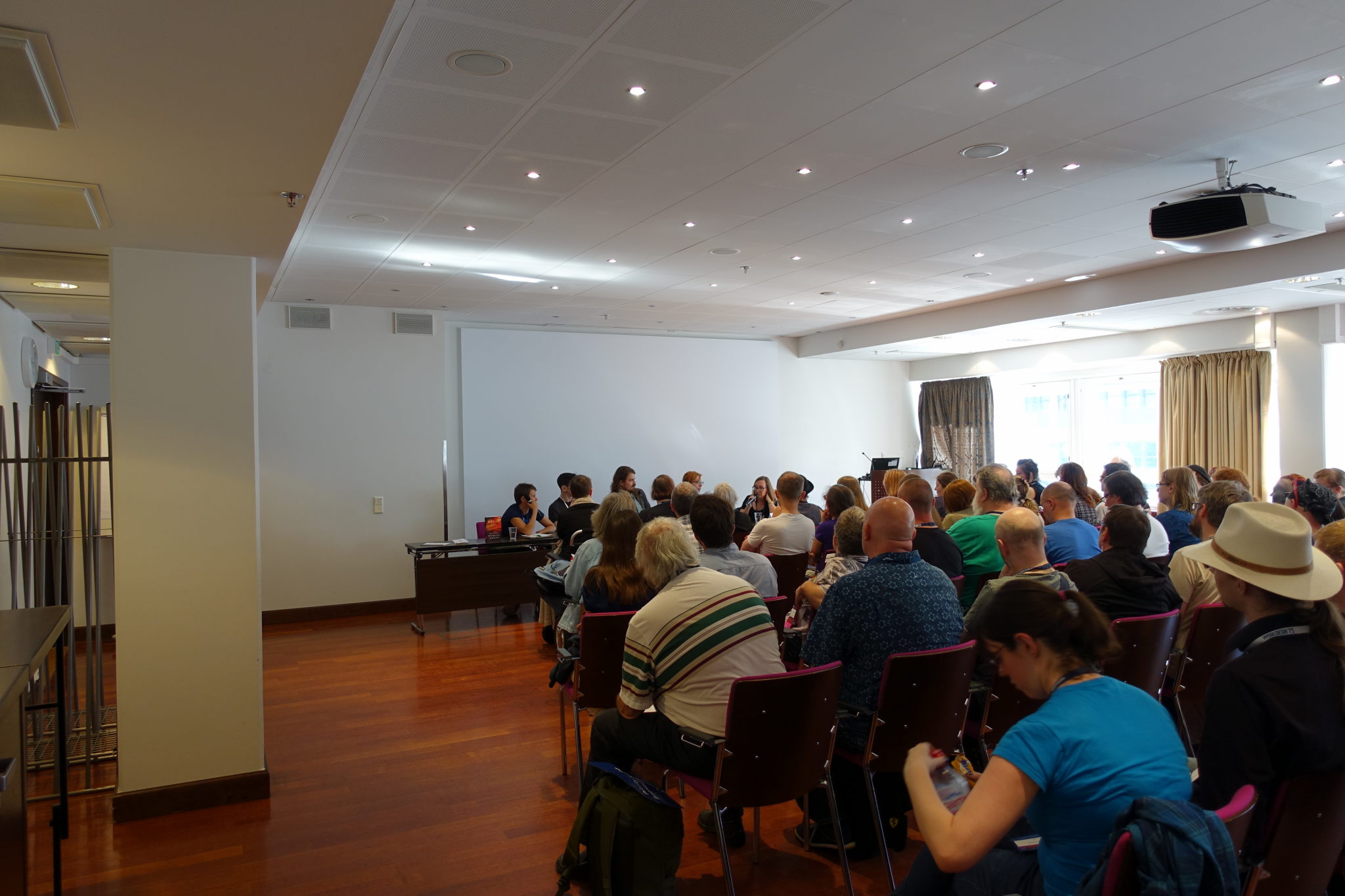 One of the panels

Now some fast forward and we are coming to the convention. It was great that the badges were printed almost on the spot what allowed people to change their mind about the badge name even when waiting in the queue. The drawback is that the carton badge is not as sturdy as the plastic one (but I was very careful). What I really enjoyed was the welcome bag. It contained not only Souvenir book and Programme book (what I was expecting) but also nicely printed restaurant guide and an anthology of Finnish SF – the last one was really, really nice to receive and although I didn’t yet have time to read it, I am looking forward to do so. 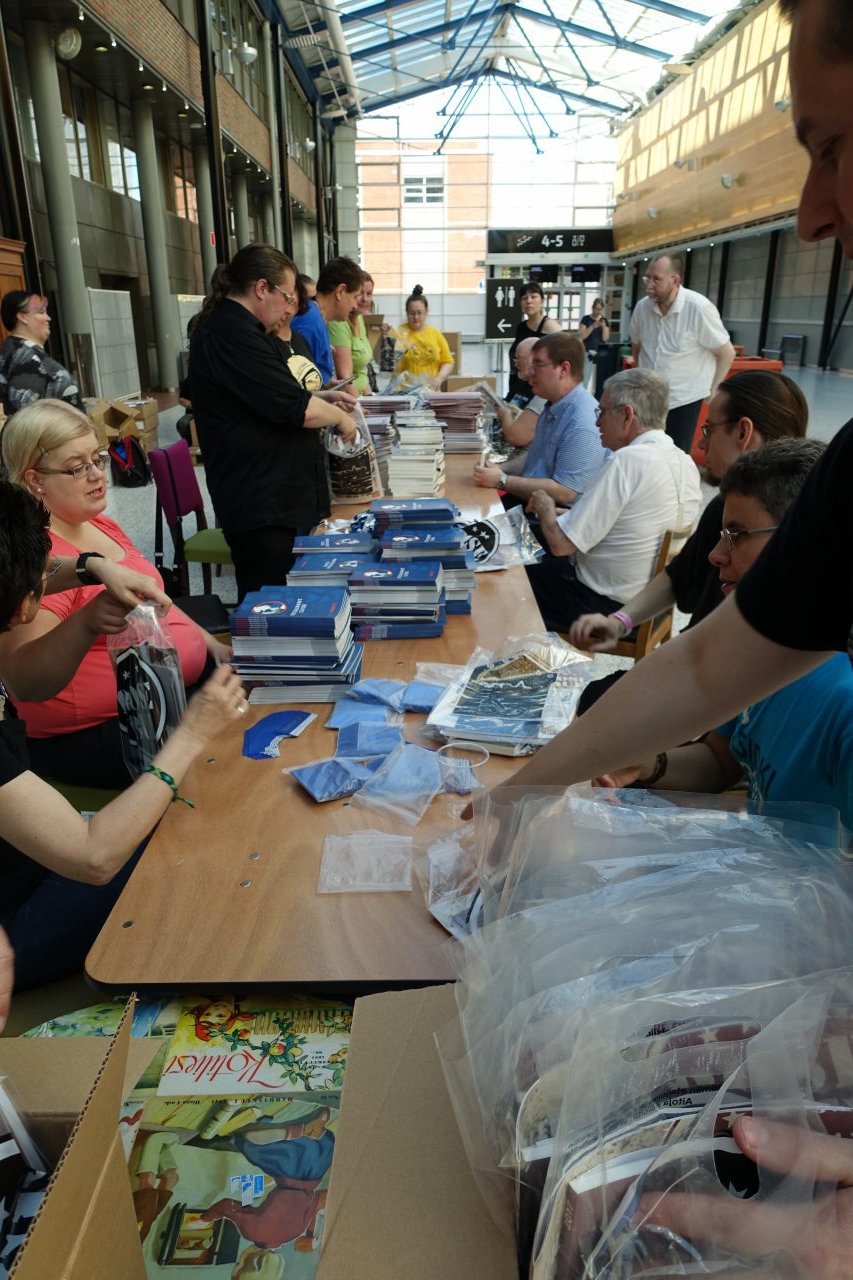 Bring the world to Worldcon

Putting the world into Worldcon was one of the aims of W75 and I do believe it succeeded. I can compare Helsinki only to Loncon 3 so my observations are far from being perfect. Still, I have seen a lot of work towards the goal and the effects that it brought. World fandom section of the Souvenir book gives some glimpse at fans in other countries. The Hugo ceremony allowed people from multiple fan backgrounds to participate actively. Last but not least, I have seen a lot of fans from many countries all over the convention. Some of them were simply participating while others had their tables showing local SF and fandom. 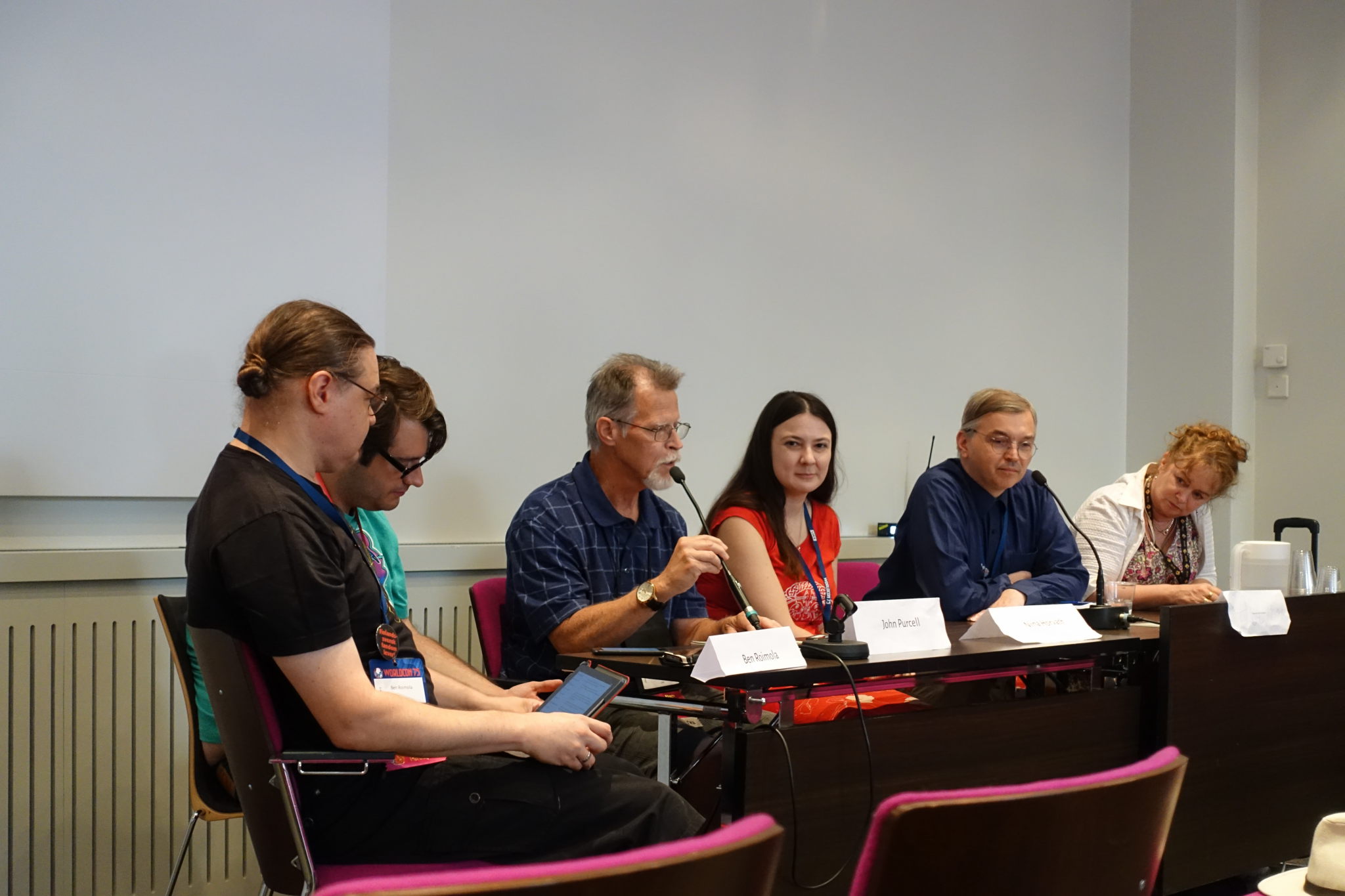