My last convention was like a time machine. It brought me a few years back – but in a totally positive way. Medalikon – as the convention is called – reminded me of the times when I was new to the convention-going. This feeling was evoked not only by the event itself but also by the way I was participating in it.

As I mentioned in the first post, Polish conventions tended to be held in schools. Nowadays it is changing but there are still events like Medalikon that choose schools as their convention venues. In this particular case the venue was divided into two parts – one was freshly renovated and usually functions as a training centre for teachers while the other half functions as a school. The newer part of the building was open only during the day. 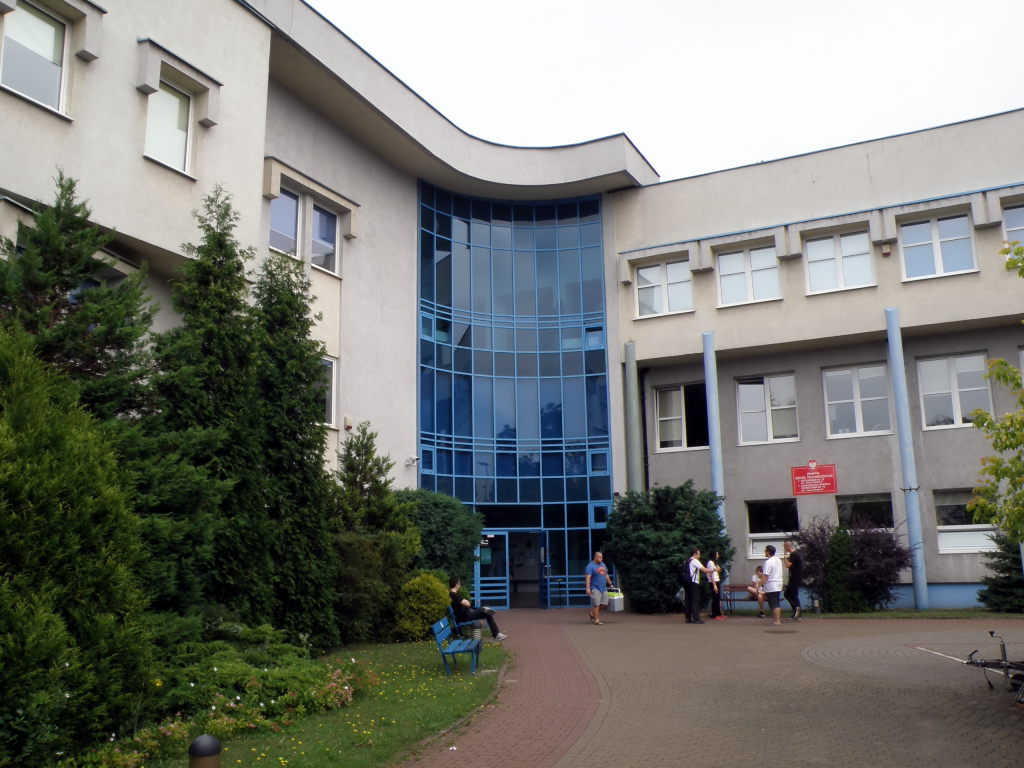 The sleeping room was an important part of my journey back in time. As strange as it may sound, spending the night in a noisy, crowded area, where it is difficult to fall asleep, has some advantages. It is hard for me to explain it but such a sleeping room has a very distinctive atmosphere. You can meet people there, make new friends, or just have a chat. I did not spend too much time with my roommates during Medalikon but yet the atmosphere was there. Of course sleeping in such place has also a lot of disadvantages – starting with sleeping on the floor itself (hurrah for my air mattress). It was noisy and some people decided to play Cards Against Humanity for half a night. It was crowded so much that you had to be very careful to avoid stepping on someone’s sleeping bag or even on someone. On top of that I was pissed off by people who were vaping in the area (and that wasn’t a part of the journey back in time). Still, I don’t regret this sentimental journey. 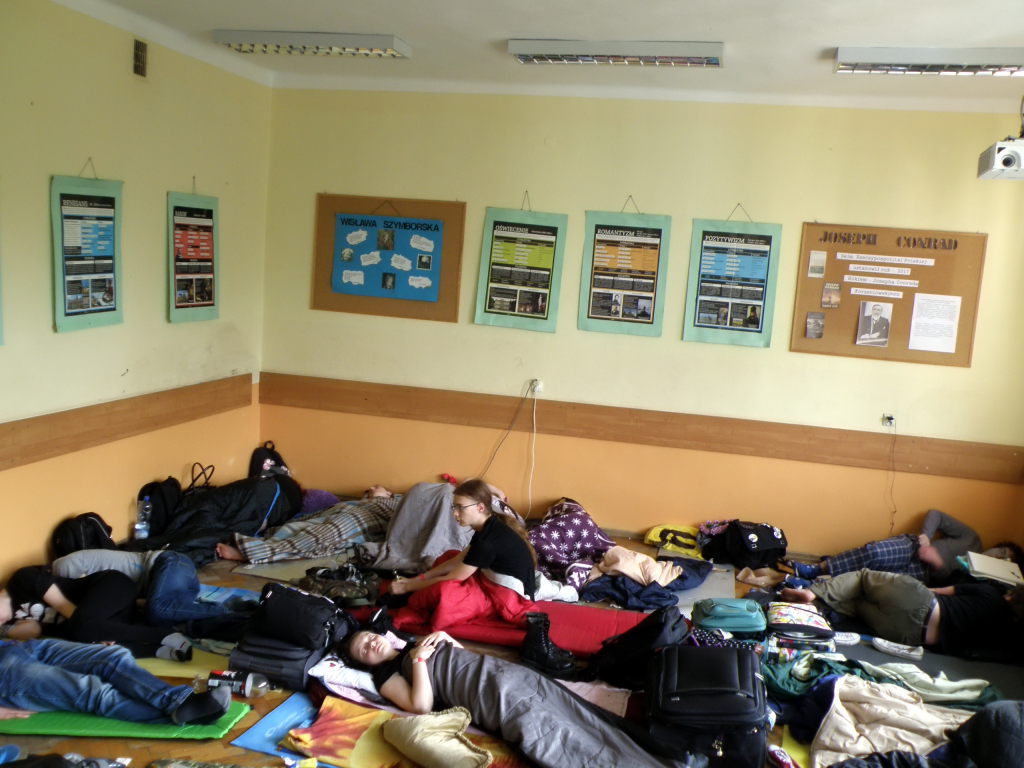 When describing Polish con culture I was a little bit pessimistic stating that people are not coming to have fun but to be entertained. During Medalikon I had to review that opinion. On several occasions I met people who were having fun. It was the first evening when I saw a group of young fans having an RPG session on an empty table of one of the dealers. The next day some fans started to play Mafia on the corridor (and it lasted for a long time from what I saw). Finally, people were playing board games not only in the games room but also in the sleeping rooms and in the corridors. 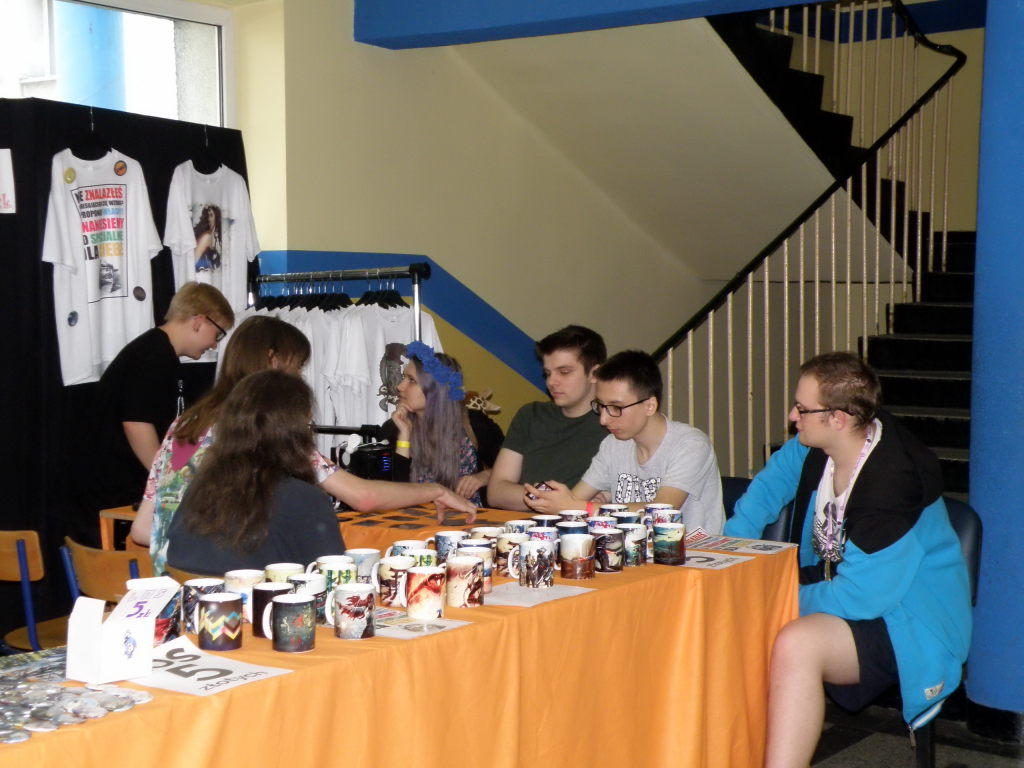 Members playing with one of the dealers

One may say it is nothing special or spectacular. And of course they would be right but it was simply nice to be wrong (or at least not 100% right). I need to pay more attention to such spontaneous actions that are probably taking place also on other conventions.

Medalikon’s programme was not my favourite but definitely a decent one. There were two really strong items in it. I really liked the Saturday’s morning folk dance lessons and I have seen there were also old dancing lessons and show (this I have seen just briefly). When talking about the music, I cannot omit the concert of Barbara Karlik who was playing both folk and filk (and the latter is, unfortunately, almost non-existing in Poland). All of us, who wanted to enjoy the harp concert by Barbara, were not the lucky ones. It was supposed to take place on Friday and was planned outside. Unfortunately, because of rain, it was moved to Saturday and the place was changed two times (second time also because of rain). Finally, she played in the games room which was located in a school gym. As you may imagine, the acoustic in the room wasn’t perfect. If you will add to it all the people playing board games just behind our backs you can get the idea of how difficult it was to enjoy the music. Still, we managed to listen to the concert which was rather nice. 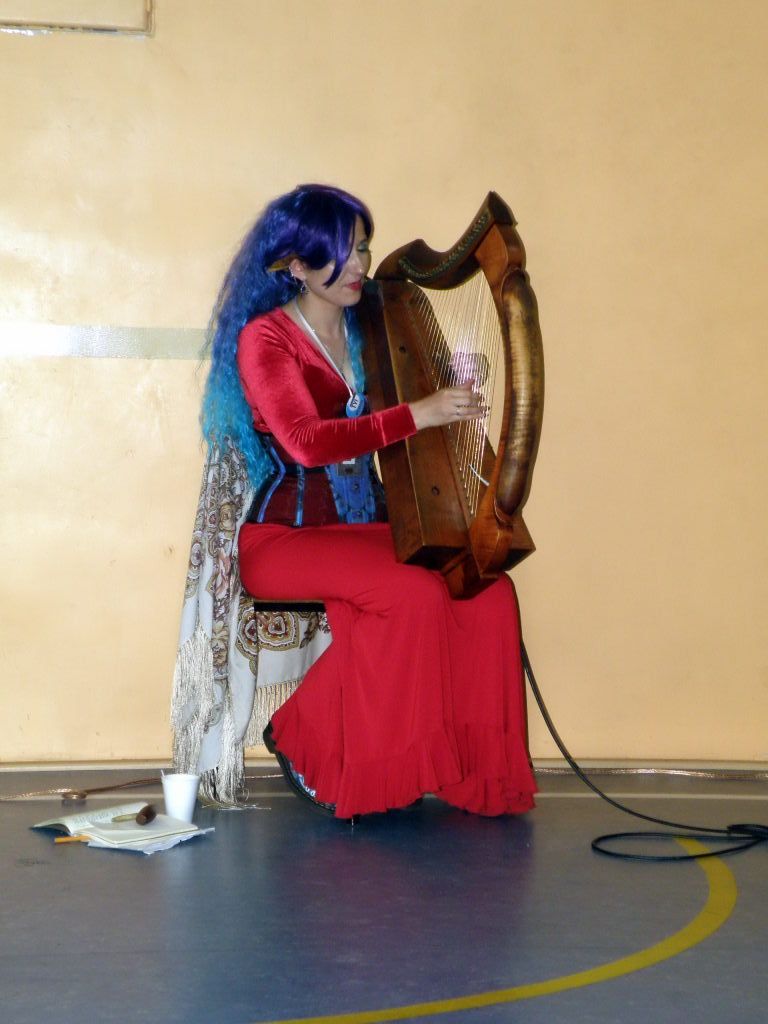 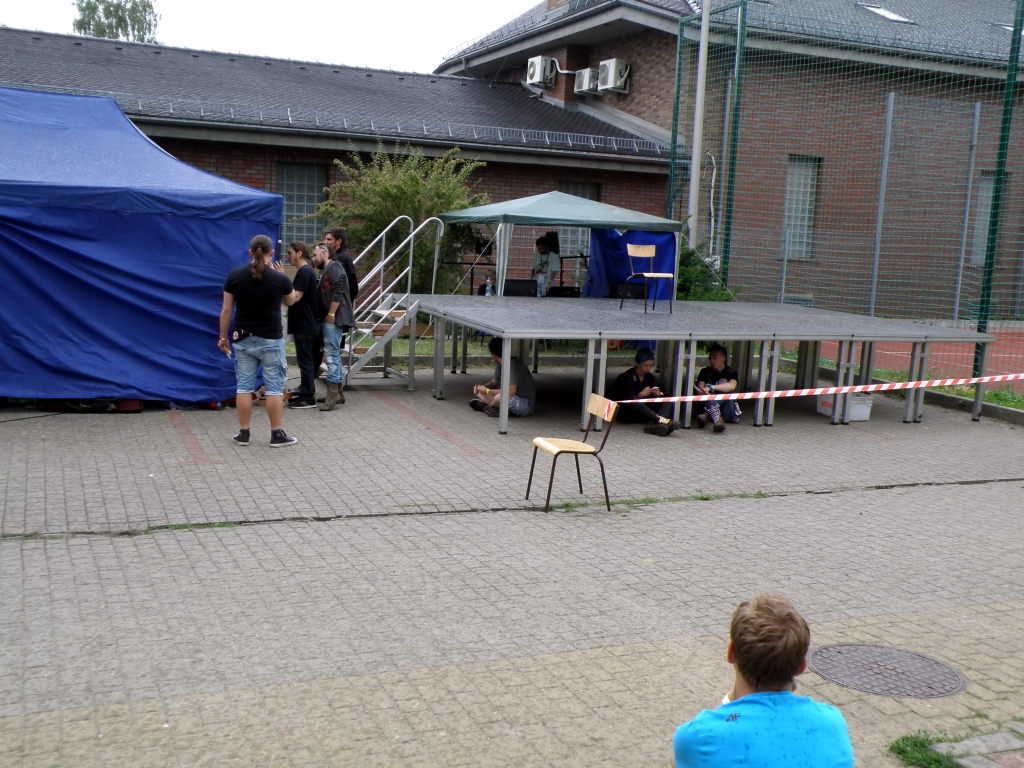 It started to rain just before the planned concert

Apart from the music part, there were, of course, other programme items, including lectures and competitions. Among the competitions it is worth to mention the Olympics. I have participated in just one game – a table football. It was quite nice despite the fact that I really suck at this game. I would change one thing in the idea. The convention theme was not used properly. Medalikon was supposed to be related to the Disney cartoons. And for Olympics you were choosing your character. Unfortunately, it was just a name and it was not related to the game in any way what in my opinion is missing the point.

I have been to dozens of conventions and I have seen a lot of unusual things but Medalikon for sure surprised me. I knew before that last year there were chandeliers given to guests and some participants so I was expecting them to appear also this year (they did!). Still, the organisers managed to take me by surprise when I have realized that apart from chandeliers and lamps, they are also giving away potting soil and fertilizer. You know this is something one does not simply expect from a SF convention. 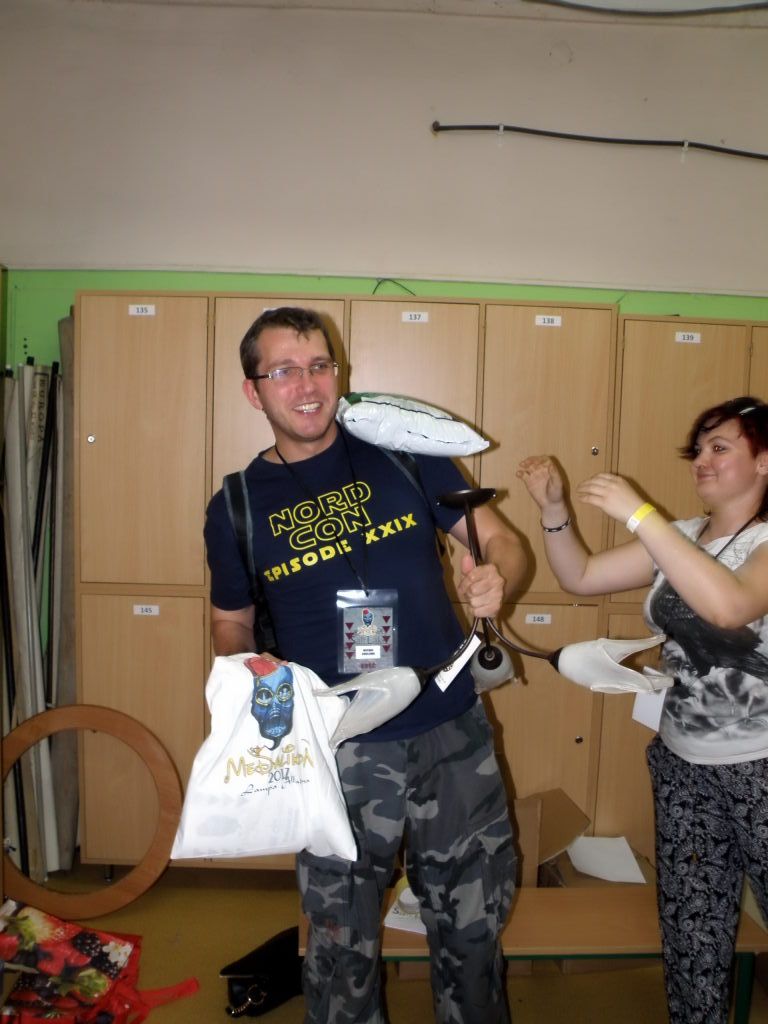 Of course there are some stories behind both chandeliers and the gardening equipment but I will let it for you to imagine how did it happen that the convention obtained such a sponsorship. 😉

Medalikon reminded me of the early days of my convention-going career. I don’t think that the team aimed to create a nostalgic event. It was rather a combination of their doing and my mood. What is great is that despite the fact that it felt like a time machine, it was not mimicking old conventions. New solutions were in use and the approach towards organization was definitely not out of date. I think it is the best way to travel back in time – to keep only the good stuff from before and to incorporate all the best practices from the current time.

I will not be publishing anything on the blog until Worldcon 75 will finish but I promise to add one gallery related to conventions on FB. Of course during Worldcon I will be posting some pictures on my fanpage.