In the response to my first post Understanding Polish conventions I received a question about the con culture. I promised I would write about it but the task is certainly not an easy one. Being as deep in the fandom as I am, I might have problems to spot some important things. To certain extent, it is easier for me to spot them in other countries as I am looking at the convention partially from the outside. Still, I tried to give it a thought and to pin down some elements of Polish con culture and traditions.

Before I begin writing about conventions, I need to talk briefly about the Polish language. When you are an adult and you meet someone you don’t know, you need to address the person in a proper way. Instead of simply using the person’s name or addressing him by using „you”, one needs to use the word „pan” (sir or mister in English). The same is true when a young person is addressing someone older. This is creating unnecessary barriers and this is how the first convention custom was born. Instead of using the mundane way of addressing each other, we are always using „you” or name (or nickname) when dealing with each other. The age and level of acquaintance doesn’t matter – during conventions we are all friends – guests and members alike. Unfortunately, as the fandom is growing larger and larger, this tradition is hard to keep and more often than not we can see people addressing others as „sir” or „mister” (especially writers and guests). A lot of people are fighting this trend but it happens quite often :(. 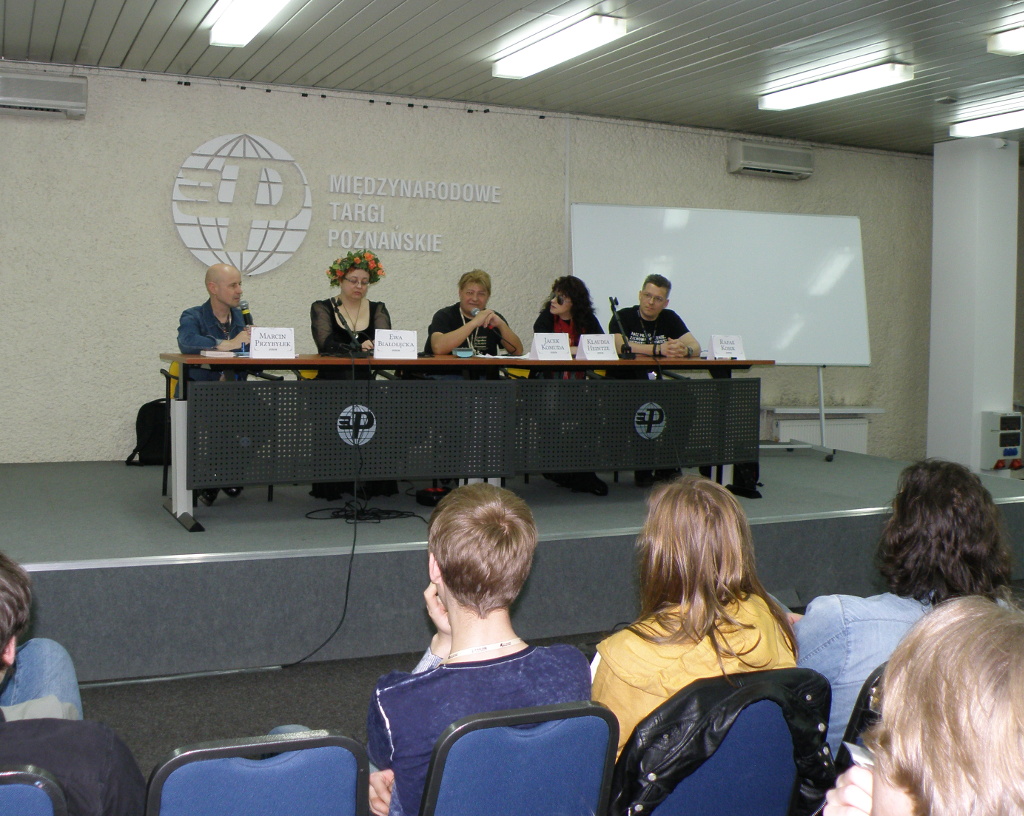 I do recall one story related to this tradition. One of Polish SF writers – Marek S. Huberath (you should check his „Nest of worlds” novel in English) is also a university teacher. When I was a student, I attended classes with him. In the meantime, I also met him at a convention and we started to have a „dual” relationship. Whenever I met him, I would greet him by saying “Hello Marek”, and while at the uni, I would say “Good morning Mr Professor”.

Are we a family?

Fandom is about being friends. Nothing should matter but for our love for the genre. This is why the language rules were changed as mentioned above. Still, a lot has changed over the years. When I joined fandom fifteen years ago, we were all one, big family. Nowadays situation is not so clear. There is still a lot of small conventions where it is clearly visible that we are still “a family”. Unfortunately, matters get complicated on larger conventions. On our bigger conventions (Pyrkon, Falkon, Copernicon and also our natcon – Polcon) you can meet many people who do not feel they are a part of fandom. Some of them are just coming to see what is happening, others are interested in SF/F but do not feel part of the community. Most of those people are not creating any barriers but the cosy, family-like atmosphere is partially disappearing. 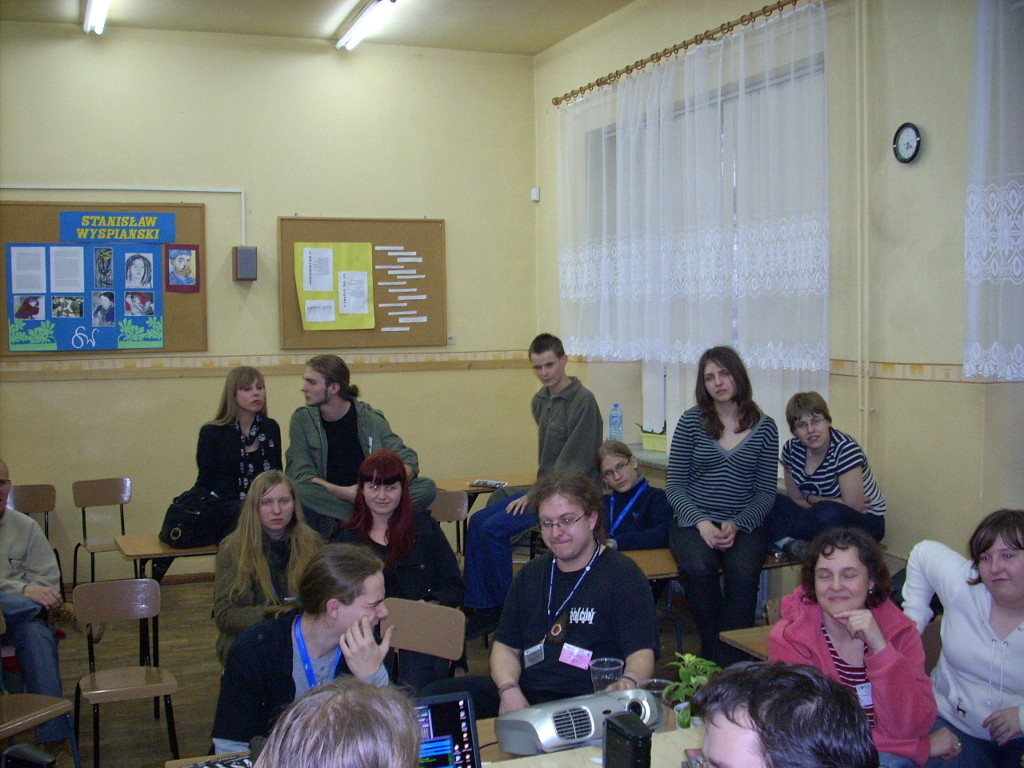 I don’t want to say that bigger conventions are not a good place for fans. The fandom is still strong and many members continue to behave like family, but some of the members loom on the sidelines.

Soon, the first Comiccon will be held in Poland – a typical commercial event. I know of another commercial event which will be taking place this year. I am not sure how the interactions on those conventions will look like and I do not know if they change anything on standard non-commercial cons. This will be something I will certainly observe.

By fans for fans

Traditionally, conventions in Poland were organized by fans and for fans. It meant that nobody was earning money, although volunteering for the convention usually brought some „profits”. Most events offered free membership to volunteers and programme participants who have created at least two programme items. Multiple events provided food and drinks to volunteers and on some events, volunteers received t-shirts and/or small gifts (like a book). In last few years, the situation has changed a little. Firstly, some of the manga conventions started to be organized by companies created by fans (I don’t know if anyone was earning money there, though). Recently, some standard non-profit conventions started to pay for the work of the organization committee (or just a few members of the committee).

This is quite a big change in terms of approach. From events created totally by fans in their free time we are moving to events which are run by volunteers and paid „employees”. As far as I know, all people who were paid were also a fans and were volunteering for some initiatives so those are not people form outside of the fandom, but this doesn’t change the facts – that we are seeing a shift in the approach to conventions. 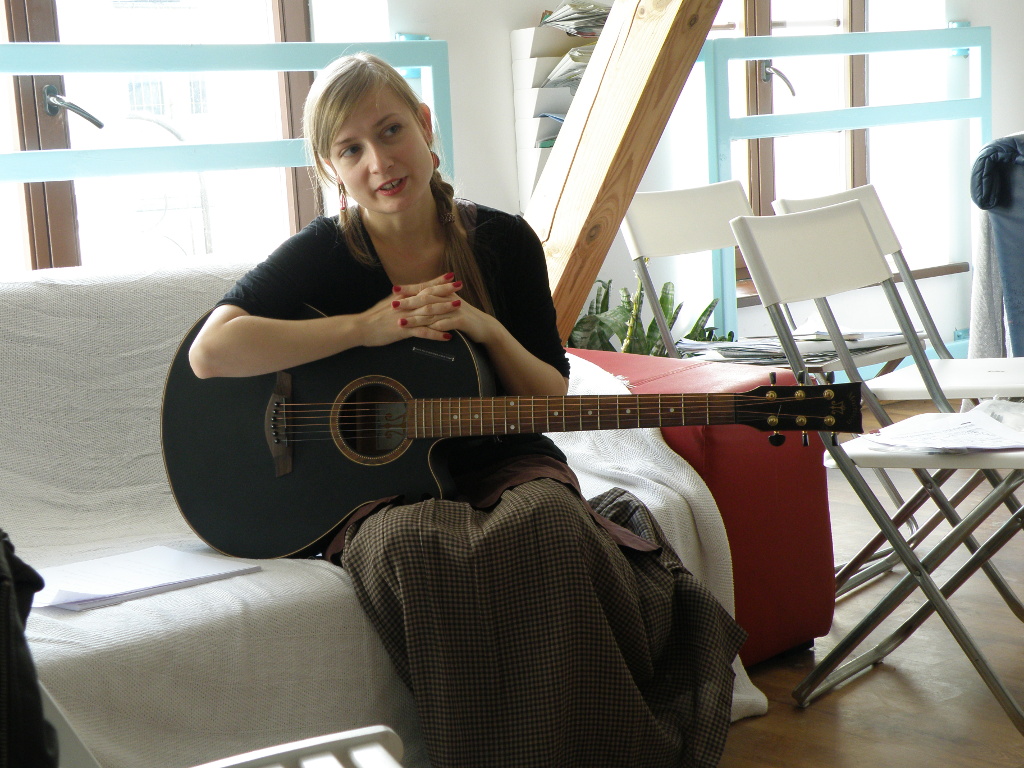 Even before organizers started to earn money, it was visible that some members do not accept the “by fans for fans idea”. It was made clear in online reviews or real-life conversations that some people had “I pay so I expect” approach to conventions. Fortunately, they did not constitute the majority of the convention members, but it was always sad for me to see such behaviour.

I don’t mean that anyone criticizing the event is having bad approach to it. It is rather the way how people were wording their critical comments. It was also related to how people were behaving during a convention. Typically, we go to a convention to be happy, to play, to talk. To have great time. On the other hand, the people I am talking about rather wished to be entertained – they didn’t want to be joyful, they wanted someone else to entertain them.

All you need is… a volunteer

The majority, if not all, of the conventions in Poland depend on volunteers. As volunteering is so important, it is not surprising that a part of the convention culture/traditions is related to volunteering. Firstly, I need to talk about names. Polish cons are not using the gopher term. Three other names are used instead. On our natcon “gżdacz” is a term used to describe volunteers. A few years back it was common that manga conventions had „helpers” while SF/F cons had „obsługa” (staff/service) but now term “gżdacz” is used not only during Polcon and the “obsługa” term is less popular. 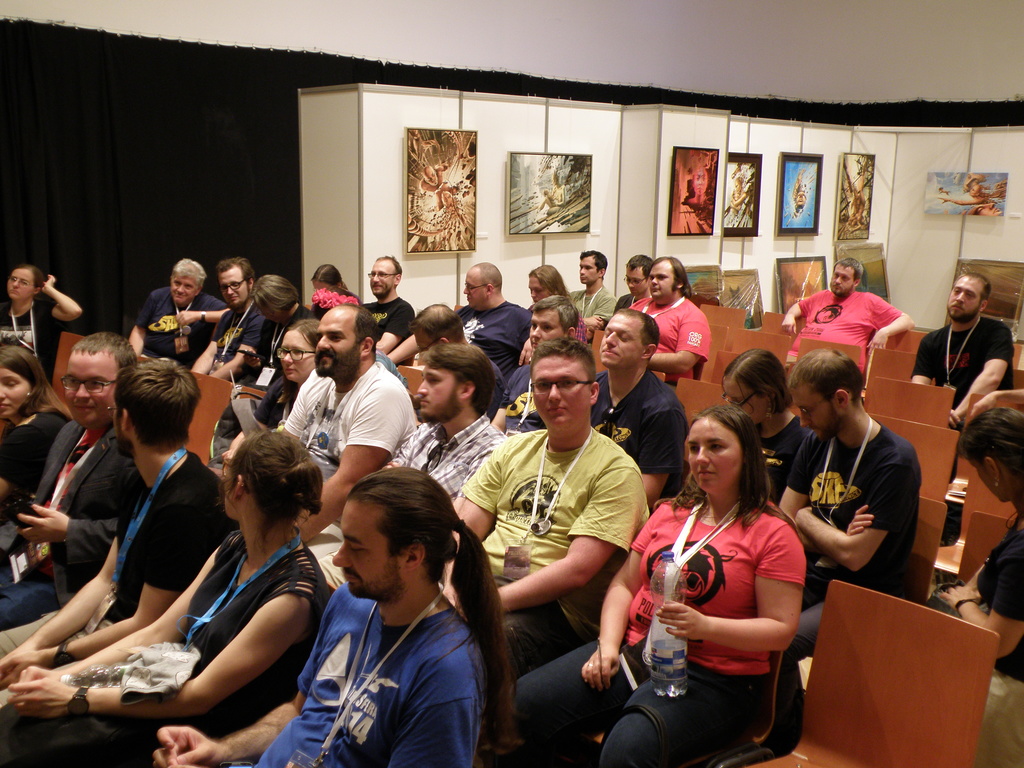 The word „gżdacz” comes from a book for children entitled ‘Bromba i inni’ (Bromba and others) that was written by Maciej Wojtyszko. Gżdacz is a creature from a parallel universe. The author was asked if the term can be used for volunteers who help out during Polcons and are paying the membership fee. He agreed, and this is how this name was introduced. Over the course of the years, the name became popular and is now quite often used to refer to volunteers on SF/F conventions. There is an ongoing discussion if this should be the case, as the author of the book gave permission for using the name only in a specific situation. Still, it is quite difficult to change the language and the word „gżdacz” became a part of the fanspeak; not all people who use it know that it came from the book. 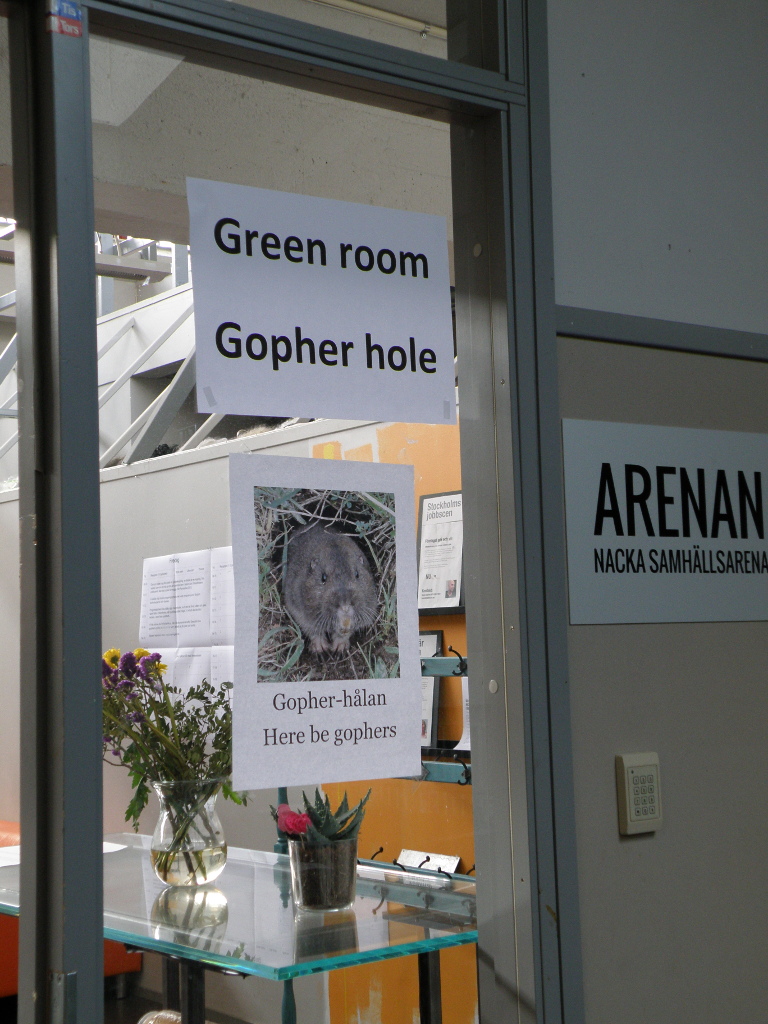 Being a volunteer during conventions became important for some of the people who are volunteering. Both in M&A and SF/F fandom, I have seen groups of people who are proud that they are helping out and they are often volunteering on multiple conventions every year. It is also visible that sometimes those groups formed “subcultures” of sorts – they prefer to spend the entire convention helping out rather than enjoying themselves in any other way. I really like this fact and I am happy that conventions try to gratify volunteers for their dedication and hard work. Of course, this gratification does not mean money: it means showing the volunteers that their work is crucial.

Some of the conventions have their own traditions. I already talked about the awards given by Lajconik to its members. Also, most conventions in Kraków have a Karoke party in the evening. Polcon is the convention on which Janusz A. Zajdel Award is awarded to the best writers of previous year. One convention – Nordcon – has a traditional pyjama party during the last night. You can find customs typical for specific convention and most of them are local/related only to wandering convention. For now I do not recall any “rites” apart from those that I already mentioned that would be relevant to the Polish fandom as a whole. Still, learning those local flavours is fascinating.

To sum it all up, Polish fandom is still transforming. We are moving from being a small group of people one can treat like a family to a much, much larger group that can be divided into multiple subgroups. Some of those subgroups are more traditional and some are not. The language we use is changing and shifts in traditions are visible. Still, Polish fandom is growing and I do hope we will find a way to still be a fandom, and not just a group of random strangers with the same hobby.