In 2017, the first Polish conrunning convention took place. It happened that this year I chaired the third KONgres. I had the opportunity to publish the reports from both first and second KONgreses. The third one, however, is a different story. I cannot look the same way at the convention I chaired. I decided to provide some remarks about it here, but please remember that I am not able to impartially assess how good or bad the con was.

Being a KONgres chair

Never before I have chaired a conrunning convention and, in general, I did not chair that many cons in the recent years. It was a really stressful task. Not because it was the most difficult con I ran, but because I knew that everyone (or almost everyone) will be able to spot mistakes more easily than if it was a regular con. Of course I knew that the conrunning community did not come just to spot my mistakes. They came here to learn, help and be supportive but I am the type of a person that tends to get stressed with such things. 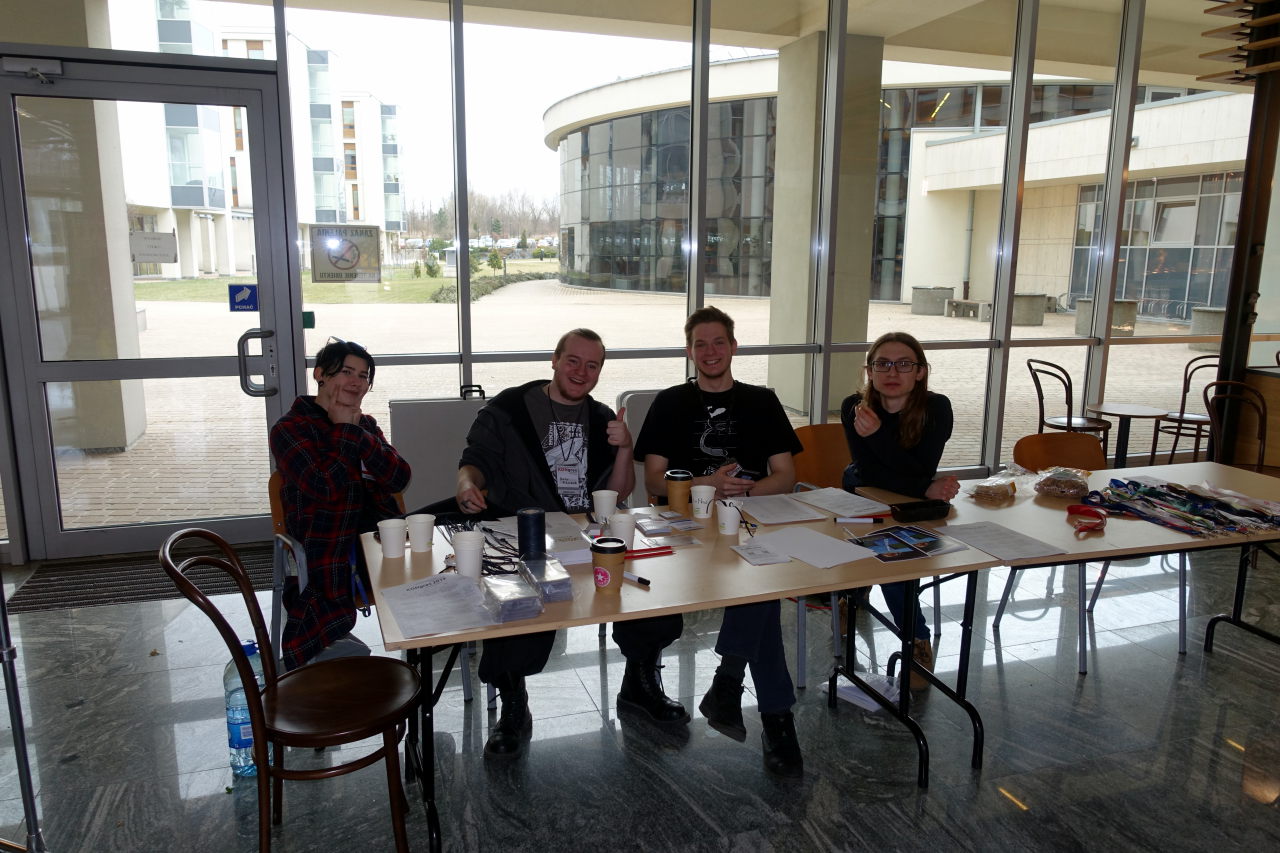 Volunteers sitting at the registration desk.

KONgres is smaller than other cons I usually work on. Even the small Lemcon was much bigger than this convention. And this was a trap. I am not sure how visible it was, but I have a feeling that if it was a bigger con, some small things would not go unnoticed. There is a simple example: the route from the train station to the convention venue had not been described well enough. I know that most people used their smartphones to find their way, yet I think I should have had described it better. 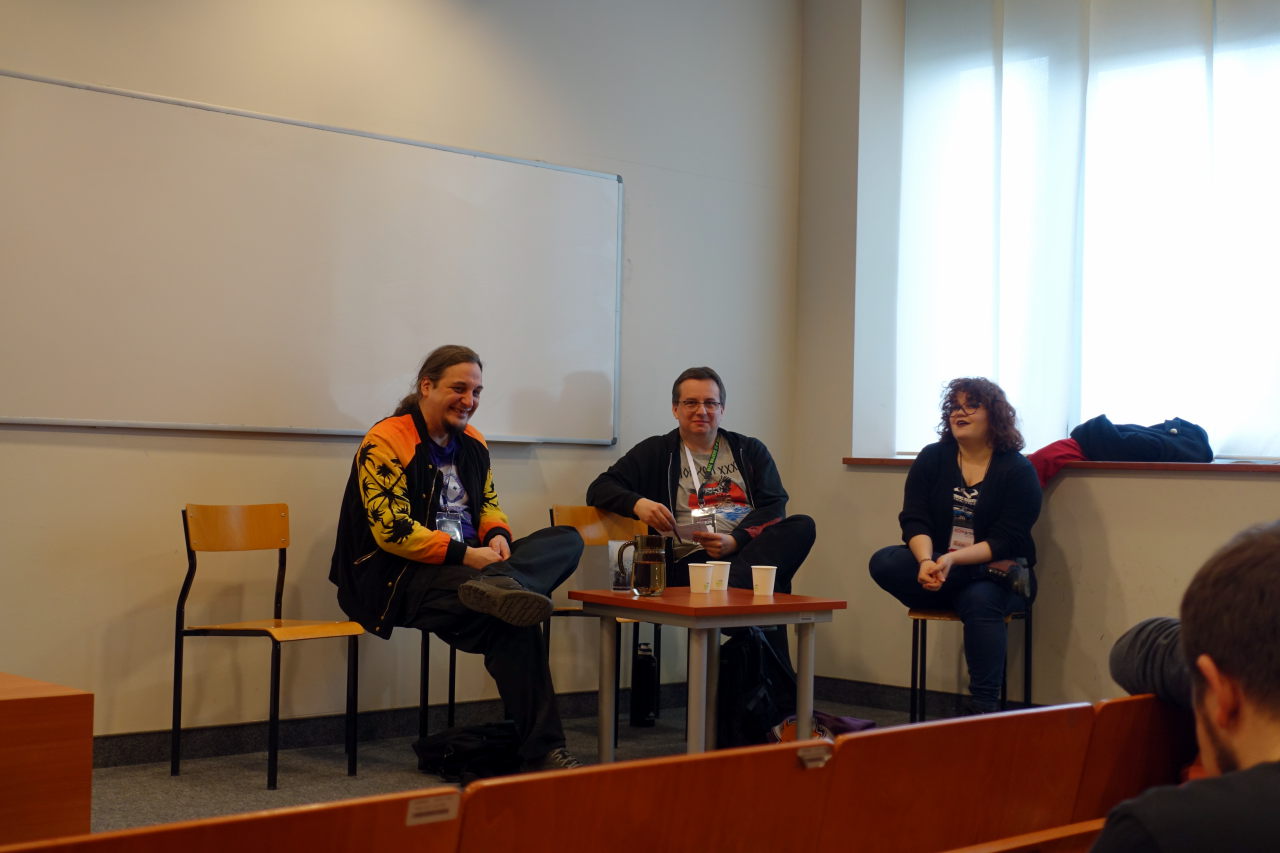 Panel on RPG at cons.

The worst part of chairing KONgres was the fact that I was either busy or not able to concentrate enough to listen to the programme during the con. I managed to go to a few items (I was a participant in most of those), but I had to skip most of the points I wanted to see. I am quite proud of the programme we managed to prepare and, at the same time, I am sad I was able to see just a very small part of it.

Worksops and other Programme items

We had a few workshops – some of them were run by the conrunners and others – by psychologists. I hoped that people would be really interested in those. Unfortunately, there were very few participants during most of the workshops. I have a feeling this was a missed opportunity. 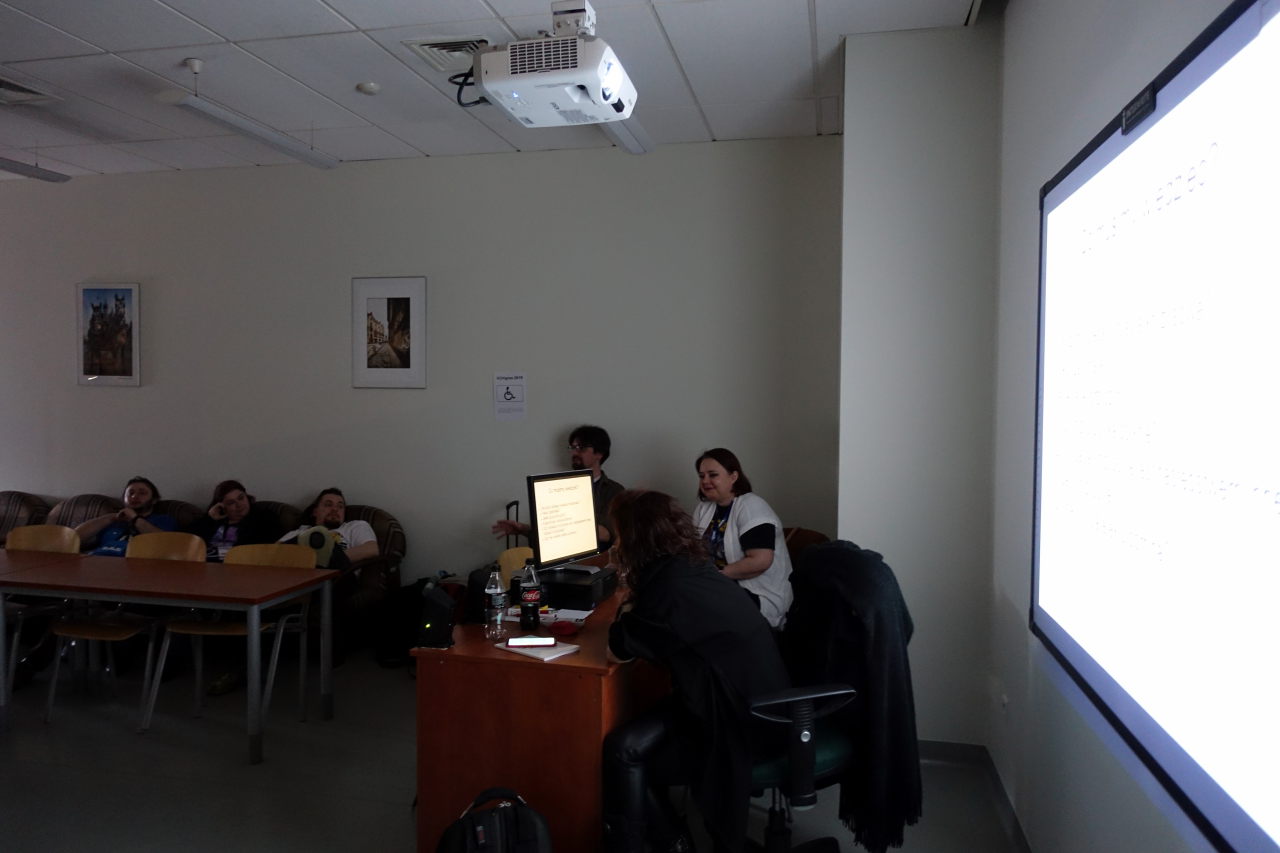 People who did not appear at workshops, appeared at other programme items. Some of the panels and talks had quite big audiences. I am happy that we covered a few important topics including burnout that touches some of the conrunners. Unfortunately, I made a mistake here. I decided that we would have a panel about burnout, but considering we had a specialist on the topic it would probably be better to have a talk with the person instead.

Some time ago I wrote about the issues of our natcon – Polcon. I decided to have a kind of workshop aimed at finding a solution for these issues. We held it during KONgres and it was a success – to a certain extent. We are still far from a good solution, but at least we proved that the topic can be discussed and some kind of solution can be created. Maybe we will manage to continue these discussions online. 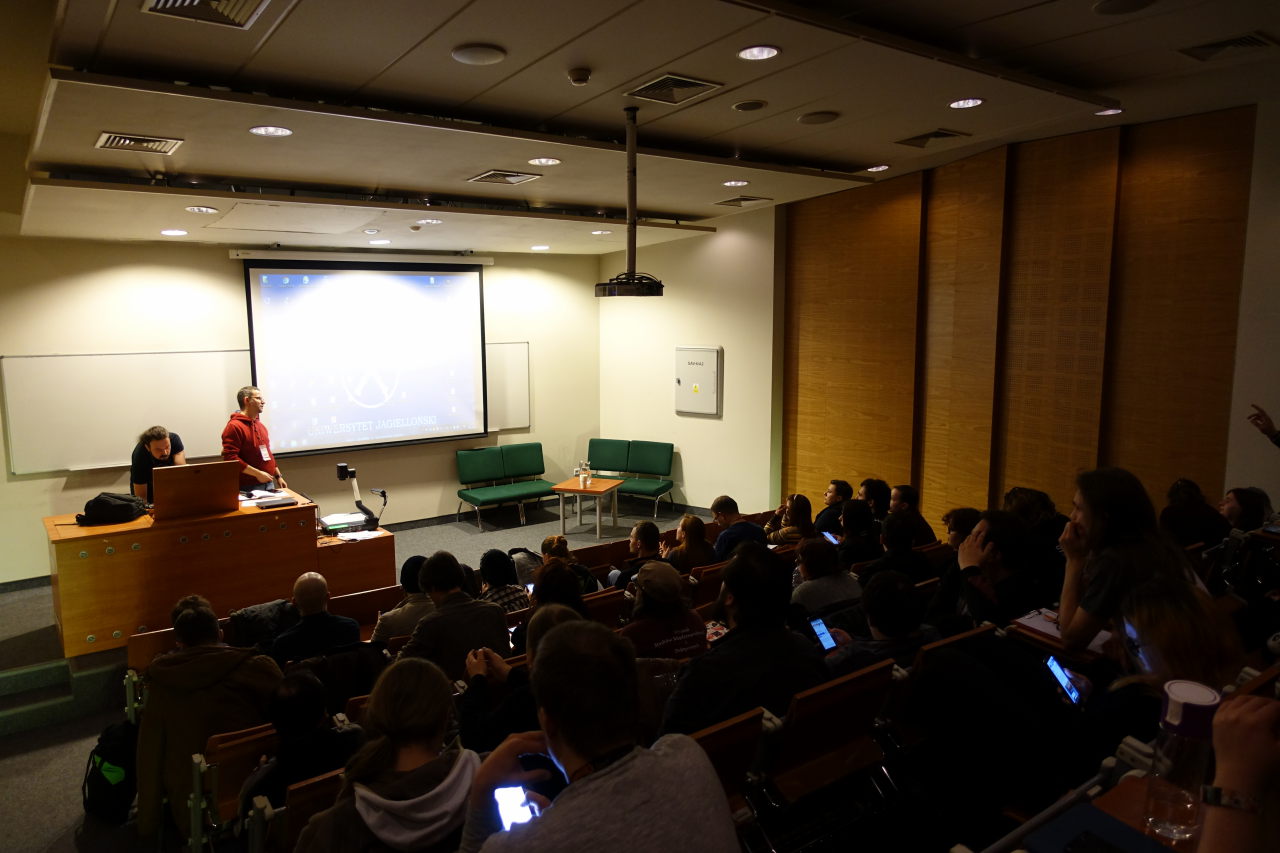 The room during Council of fandom was full.

The issue that I always have with the conventions I am chairing is that I know about too many mistakes to be really satisfied with the con. So, in order to understand how well or bad my team and I did, I tend to listen to the opinions of the con’s participants. In general, the feedback I got was nice, but there were some words of critique as well. I know that there are some areas I would like to improve in the future – whether for the KONgres in a few years (maybe I will have the chance to chair it again) or for another convention. For now I want to concentrate on multiple other projects I am involved in ;).

My next post will be published on 9th of April.