You probably remember that I was asked to be a guest at The Galactic Imaginarium Film Festival (TGIFF). I was really surprised and honoured by this and of course I agreed. And during the weekend of 26 – 27 September I attended the event and, well, I enjoyed my time :).

TGIFF lasted for more than two days but the virtual part, I was able to attend, spanned over the weekend. As the festival took place in Romania, it was one hour ahead of my time and this means I had to wake up earlier than I would like to on the weekends. I did not have too many responsibilities over those two days but there were three items I was asked to attend – the Opening Conference, How o Meet Your Idol at the Film Festivals panel and, lastly, the TGIFF Award Gala.

During the Award Gala, I was honoured with the privilege to announce the winner in the Director of the Future category. The awarded movie was Isaac’s Dream by Anna Ostrovskaia. I was really stressed before making the announcement. Firstly, I had to say a few words and then read the name of the winner. I hope it was received well. 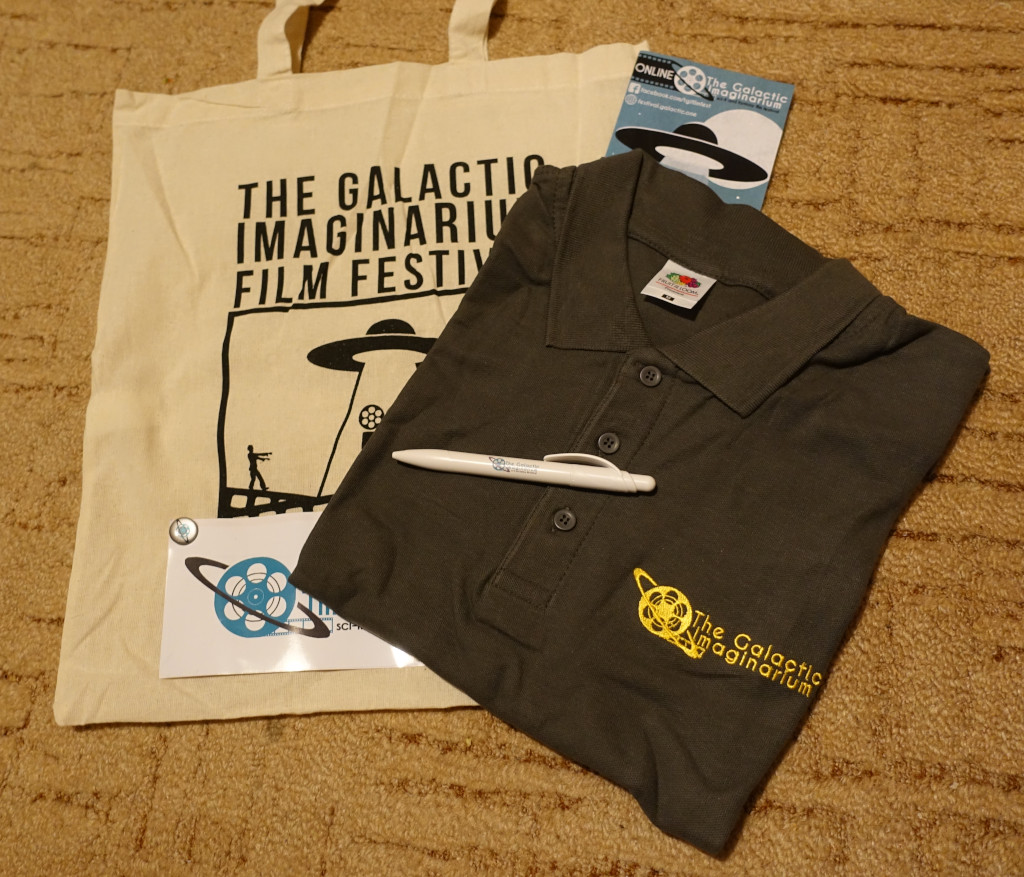 I was so happy to receive all of the TGIFF materials! The set features bag, polo shirt, pen, pin, sticker, and leaflet.

The panel was somehow easier, as it is something I am more used to do. Unfortunately, there were not too many people in the audience but still, the talk we had with other panellists was quite interesting to me, so I am happy I participated. I just feel sad that me being a guest did not make more people interested in the conversation we had.

After the festival a small parcel arrived at my place and it contained a great set of TGIFF materials. I am really grateful for that.

Yet all those items were not what mostly occupied me – as you may expect, the most important part were the movies.

I like to watch films but somehow I don’t do it very often. Still, when I have the chance (e.g. during Golden Blasters Festival at Octocon) I really enjoy my time. The movie selection during TGIFF was quite interesting and I spent a lot of time watching them and listening to talks/interviews with their creators. I believe that all of the films featured in the official selection were short. The longest I saw was around half an hour long and the shortest was less than five minutes.

It was great to see that the festival featured both the animated and live action movies. The selection covered films made in a few different countries, including India, Iran, Canada, Italy, France, Germany, and more. Some of the presented works were serious and others were comedies. All in all, there was always something that would appeal to everyone’s taste. 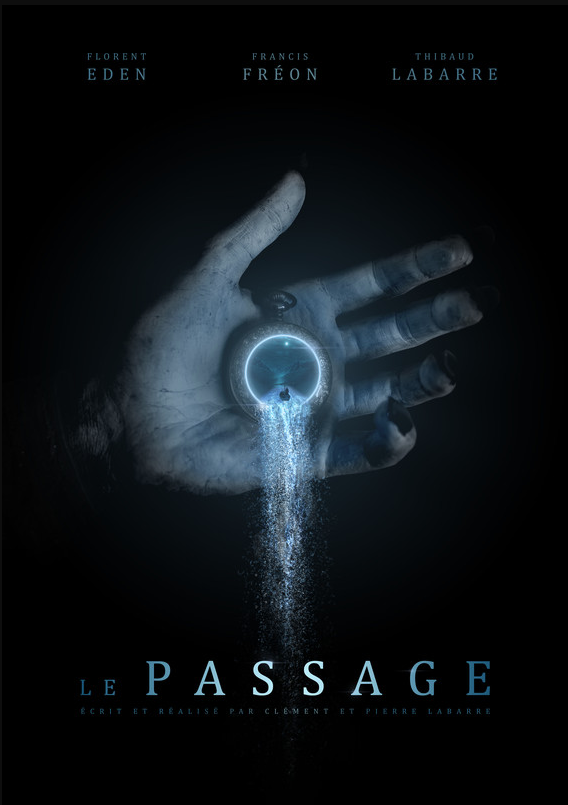 The poster of one of the best movies I saw – Le Passage.

It would be difficult for me to choose the best movie. I saw over a dozen of works during these two days and I really enjoyed a few of them. If I would have to make some recommendations, those would go to the following ones: Le Passage by Clement and Pierre Labarre. The creators told the whole story without a single word. By using light, scenery and music, they were able to build a great atmosphere. I was surprised by the CGI they used (some of them may not be perfect but overall they were really good). There was also an Italian movie La Fiamma that was really moving. It was written and directed by Giacomo Talamini. Its creator used a motive that was already explored by at least one other movie but the approach towards it was totally different and I enjoyed my time watching this story.

When it comes to animation, I must mention Battledream Chronicles created by Alain Bidard. It looked like a beginning of a longer cycle and I can see it is a short spinoff of a longer movie. Its creators touched the topic of slavery and regaining freedom. I was moved by the cruelty of the portrayed futuristic world. Another animation that was really cool was Ecce H… Omuletul by Bogdan Mihailescu. This was a mockumentary devoted to the Romanian graphic artist and animator – Ion Popescu-Gopo. The whole idea was to allow the characters created by Gopo (especially Little Man) talk about their creator. From what I understood, the movie contained many facts about Gopo. 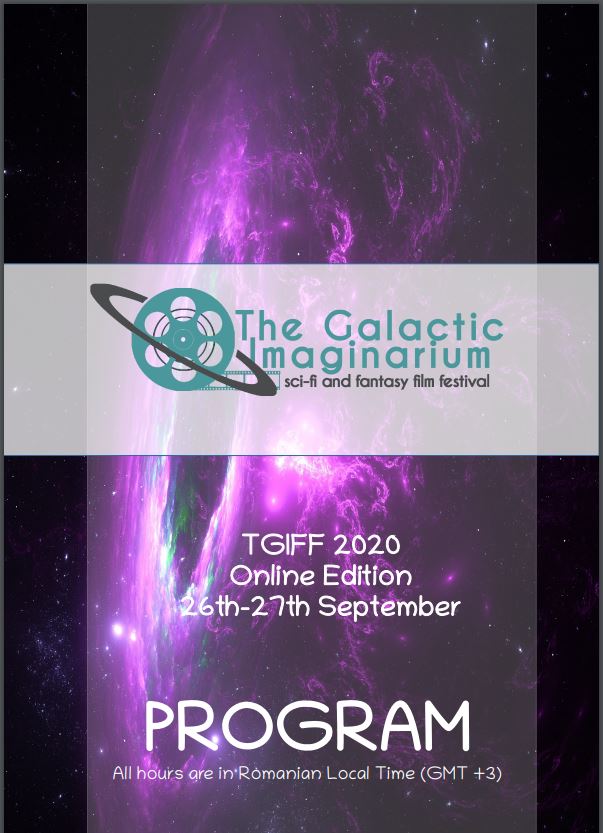 The Festival had a proper programme book.

I can go on and talk about each and every movie but I believe that it would be better to cover the other aspects of the festival as well. When it comes to talks and presentations I want to mention the Guest of Honour Miltos Yerolemou. He is probably the best known for his role of Syrio Forel in The Game of Thrones TV series but he also played in other movies, series and in theatre. I was really amazed by him. The way he talked during the ceremonies and during his Q&A session was really astounding.

I enjoyed that fact that after the screenings of most movies creators were present to share some thoughts and answer questions. It was really interesting to be able to confront my own thoughts with the author’s interpretations. Also, what other visitors had to tell was interesting and I know I must learn more about the films and the way how to interpret them.

What I missed was the social aspect – the only contact I had with other people was during those short discussions after screening. Although there was a Discord server, most participants decided not to use it actively. When talking about the things I missed – some films did not have English subtitles so I had to skip them.

I enjoyed my time

I really enjoyed the time I spent at the festival. The best thing was that I was able to watch multiple movies. TGIFF allowed us not only to watch a given movie when it was screened but also we were able to see it at any chosen time during the festival. That is why I managed to see a few more movies than I would be able to see at scheduled times.

It was clear that the organizers of TGIFF put a lot of heart into making it happen. It was very unfortunate that the first edition of this festival had to move mostly online because of the pandemic but I saw that the team was sure that they would be running the second edition next year – and we all hope it will be possible to participate in it in person. Should you be able to visit– I am sure you won’t regret the time spent at this festival.

My next post will be published within two weeks.