Last year we did not get a lot of time to move Lajconik online. This year the situation was different. We had a few months to plan how to run it. As I was deeply involved in the con it is hard for me to say whether it went good or bad. Instead I will concentrate on how the things were going.

I was appointed with a difficult task – working on the social aspect of the con. This is a difficult area and I have a feeling that I did not succeed or at least did not make everything work as planned. When thinking about what I want to do I was looking at conventions I attended over the last year. I wanted to use the things that worked for me, or that I saw were working for others. In fact my main inspiration came from Punctuationcon. It was definitely one of the conventions that had the social aspect working the best. 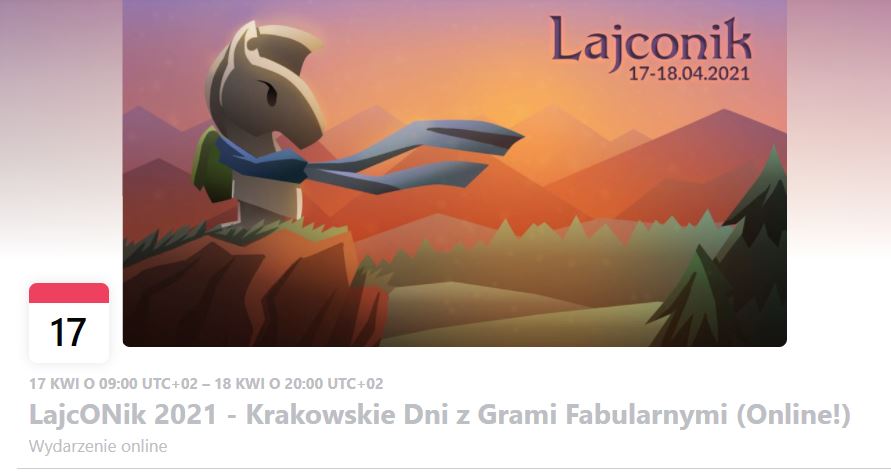 I decided to “steal” the idea for Treasure Hunt. It was amazing and I wanted to repeat it. I changed a few things though. Firstly – the theme – at Punctuationcon it was a hunt for pirate treasure. 2021 was announced a Stanisław Lem year. The theme for Lajconik this year was about travelling. My idea for the hunt was the following: Stanisław Lem was looking for someone who can help his friend Ijon Tichy. Yet he didn’t know where Ijon went – he just knew that Ijon left some clues in the places related somehow to Lem. I wanted to get a bit of information about the writer in each of the steps. I also decided that after finding all ten clues there was the eleventh one given automatically and it was a trip to save Ijon. The tasks in each of the steps were somehow related to SFF and fandom.

Some of the members participated in the Treasure Hunt. I think there were fewer people playing than during Punctuationcon but it was quite fun. We received some pretty enthusiastic comments about the idea (but also one complain). For me it was cool to see how people were responding to each of the tasks.

We also made some collaborative jigsaw puzzles and a few people spend a lot of time on them. Some went a bit more hardcore and started to work on very difficult pictures with over 1000 elements. I know that part of my co-organizers still play the puzzles. Of course there were also Discord channels for chatting both in text and in voice. Unfortunately they were not hugely popular. Don’t understand me wrong – they were not empty. And I had a great time talking to people (I hope others had good time as well). Yet I was hoping that it will attract more fans. Looking from perspective of time I think that maybe what I was hoping for was impossible. Lajconik is, to a large extent, concentrated on RPG gaming. Most people attend it to play RPG sessions. Engaging more in the social chat and activities when playing is not the best thing to do.

I must say that I was impressed how our IT team managed to work on the technical aspects of the con. There were two innovations introduced this year. First was the new system for registering RPG sessions. It worked pretty well and was nice. I heard some complaints but to me it was amazing. Some of the complaints will be easy to fix next year. I cannot say much of what was happening in the backend of the tool as I only used it to sign myself for a session. 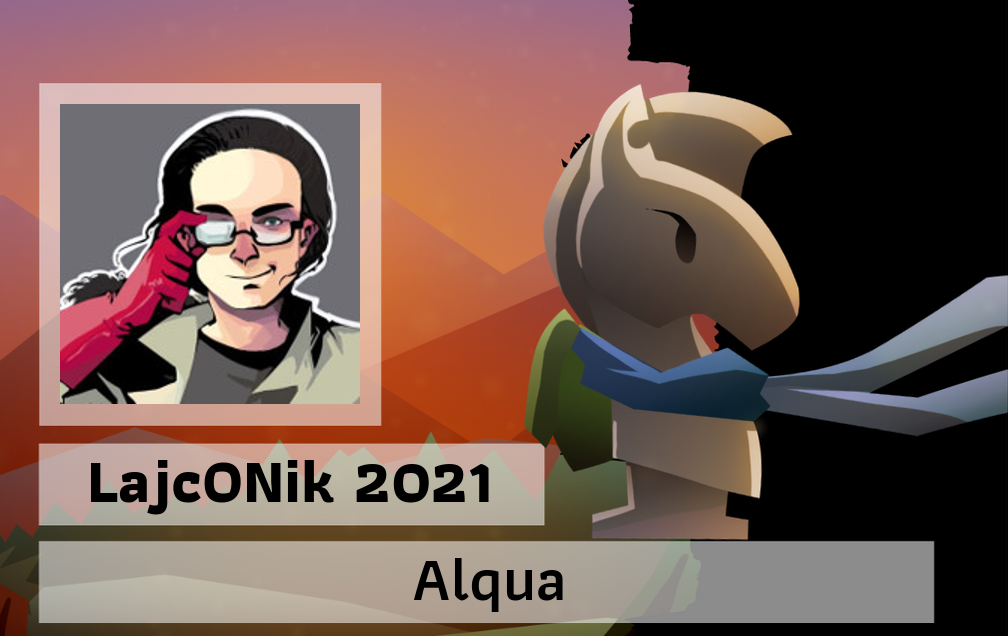 The second tool that was developed was a Discord bot. Large majority of tasks were performed by the bot created for Lajconik. I loved the fact that each person coming to Discord received a badge with their nick and Discord picture. The tool was capable of automatically creating rooms for sessions. It was also giving proper permissions to registered players and GMs. This helped a lot as we did not have to do it manually. The bot also managed all the permissions in the treasure hunt and had some functionalities that we fortunately didn’t have to use. Apart from our owne bot we also used a few existing ones like music bots and dice bots.

The Programming and Overall Experience

Usually at Lajconik we don’t have talks and panels in the programme. It was tried a few times but didn’t work. Yet last year we gave it a try in the virtual space and it was successful so we decided to have it also this year. We used Streamyard to stream the items to three platforms (YouTube, Facebook and Twitch). Youtube was definitely the most popular one and we want to continue with the channel over the year. I listened to only two items but they were both enjoyable.

Last year I mentioned that Lajconik is one of my favourite cons. It still is. Organizing it is a different experience than being a member. I am grateful to my fellow organizers for the great time we had together. I regret I did not have enough time to play – I managed to play in one session. Still the convention was a good experience. I enjoyed working with everyone in the team and am happy that we managed to make Lajconik happen. I hope that next year we will all meet in person.

My next post will be published on 13th May.