It is hard to believe that 2017 has passed so fast. It was quite an active year for me although relatively calm when it comes to conrunning (but not congoing!). So what did I do? How it went and what are my plans for the future?

The last year was a busy time for me – I visited nineteen conventions what is my personal record. I regret it was not twenty but one cannot have everything. Also geographically conventions were more spread than in any of my previous years in fandom. Apart from Poland I have visited six other countries (one even on another continent). Out of these six countries in four it was my first time participating in a convention there. 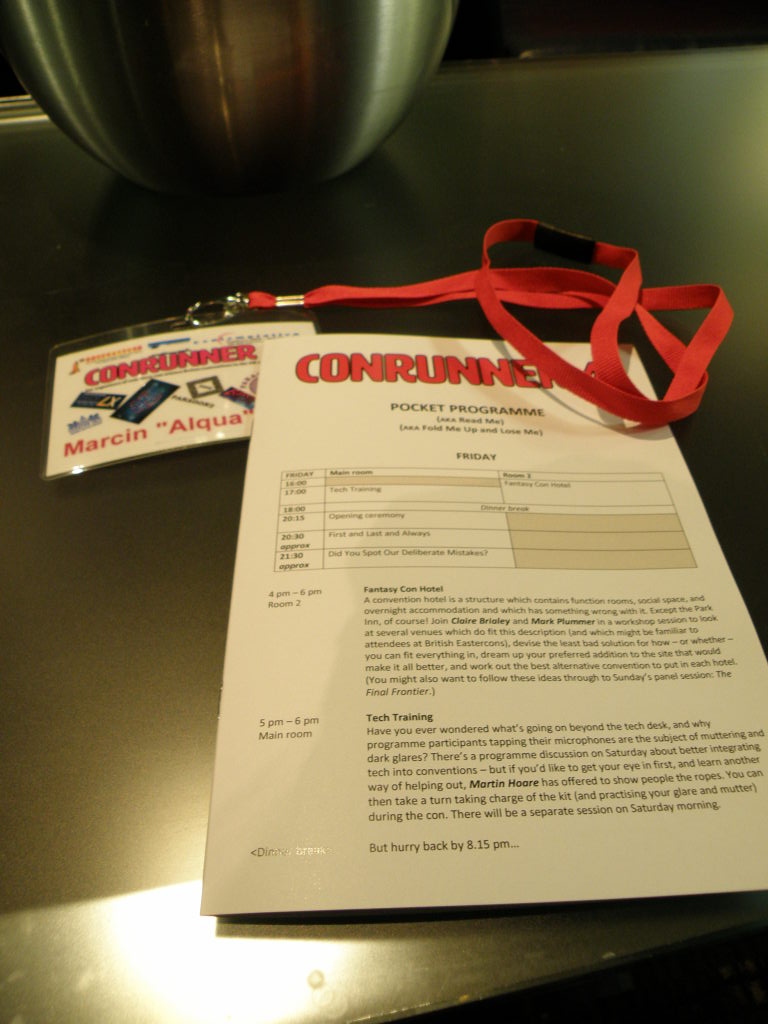 My first foreign convention in 2017

It was also in 2017 when I started writing this blog. Within less than a year I published twenty two posts out of which twenty were convention reports and two were more generic ones – devoted to Polish conventions and con culture. The number is both big and small at the same time. It is big as I can hardly manage to go to more cons but at the same time maybe I should concentrate more on the posts that are not only con reports.

I have been a part of staff for just two conventions and in both I was doing rather minor things. One was Whomanikon 2 where, truth to be told, I was rather a small help. Second was Worldcon 75 where I was an agent for Poland. This required more effort but comparing to the amount of work required to run a Worldcon it was just a tiny bit. Apart from these two roles I have helped on a few other cons being either a programme participant or a gopher. 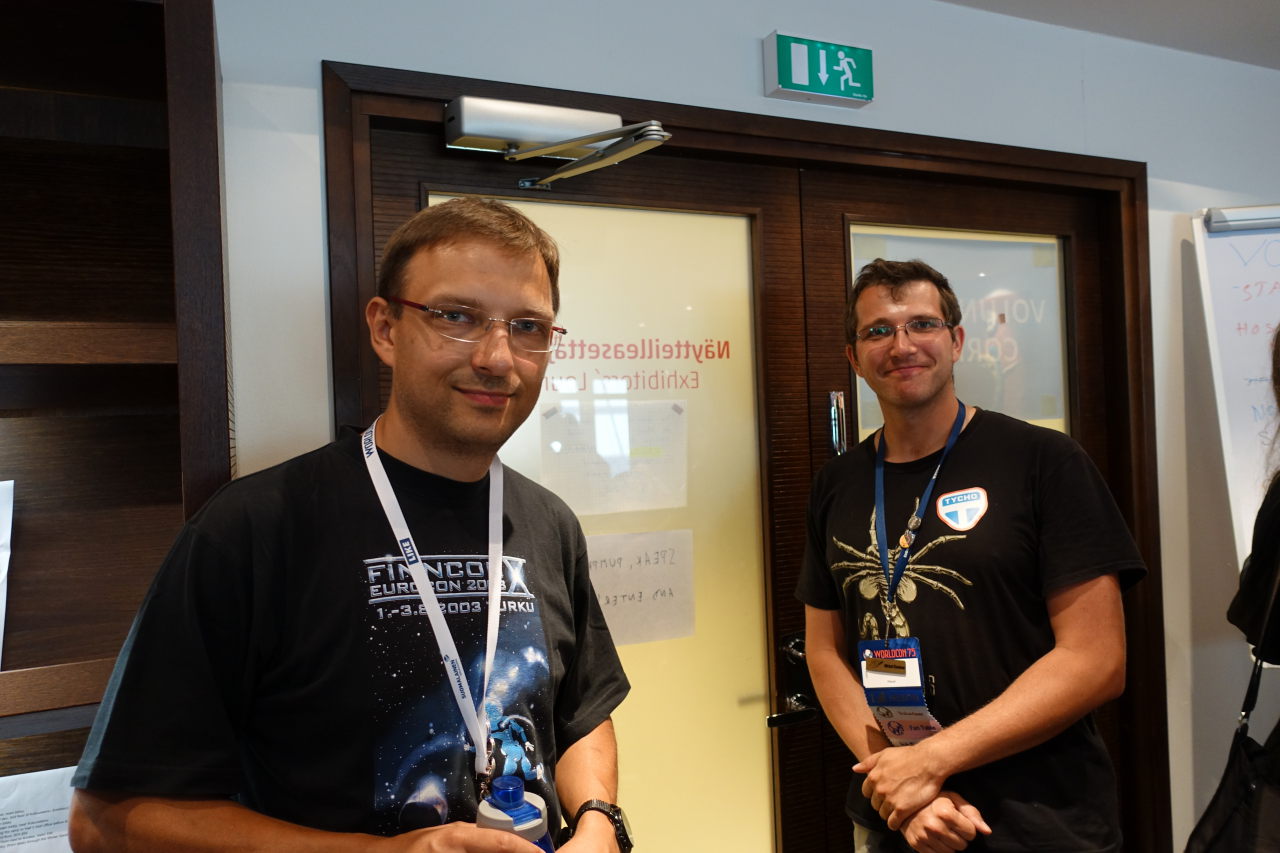 Fandom is not only about conventions

Although conventions are the kind of fanac I love the most it is not the only way one can express his love for the genre. The other method is writing and here I can see that the blog has sucked a lot of my writing capacity.

Although I am one of the editors of Polish fanzine Smokopolitan I have contributed very few texts. It was a little better if it comes to reading short stories that we receive and have to decide whether to publish them or not. I was able to read a little bit more of those than in the previous year. It is not a lot but I hope that in 2018 I will be able to devote a little bit more of my time to Smokopolitan. 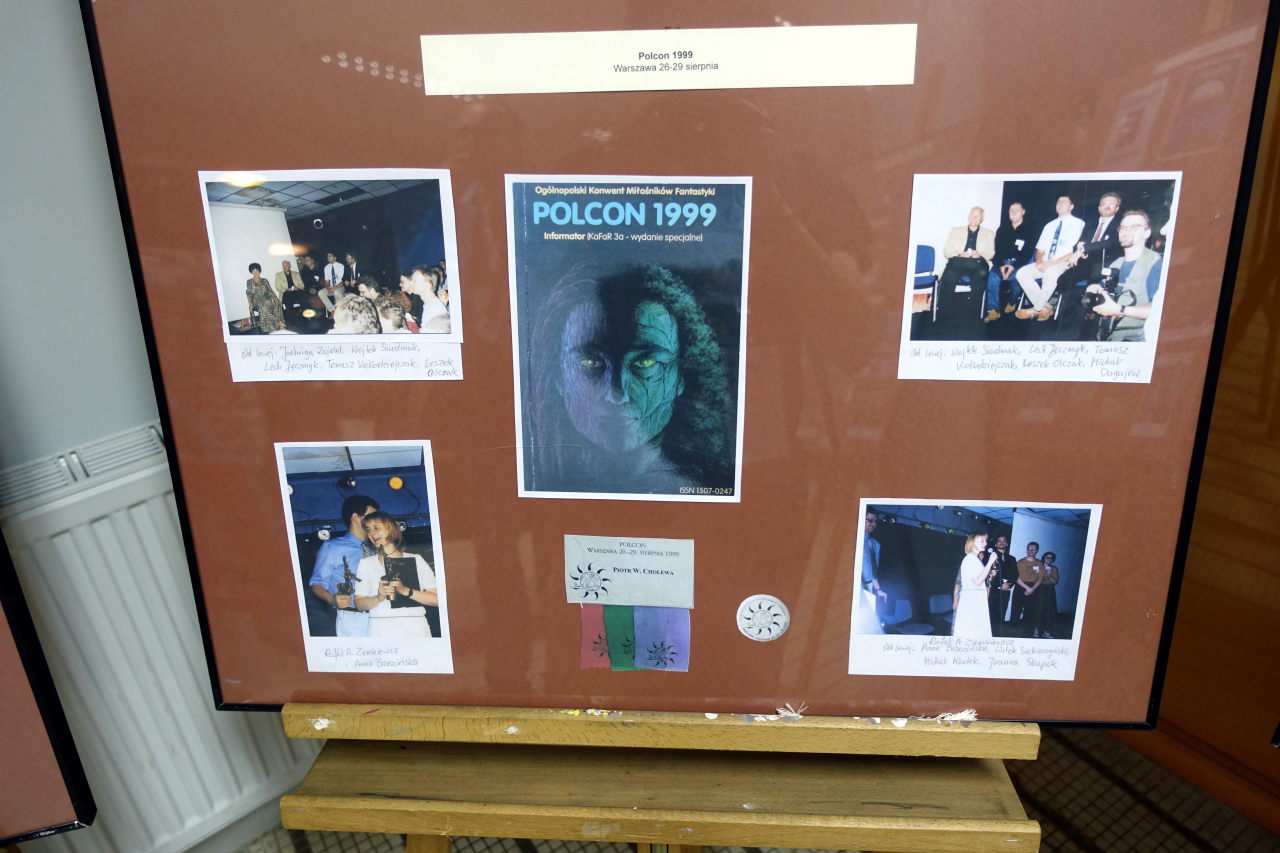 When it comes to reading short stories I also helped with one writing competition. The topic was “Socially engaged speculative fiction”. I was not in a jury of the competition but I did read through some of the stories to decide which should be sent to the jury (as there were too many texts for jury to read all of them).

Last (but not least) I started to write for Ostatnia Tawerna (The Last Tavern) – Polish portal about SF/F. There I have published only a few reviews of books and games. I feel a little ashamed as other people tend to contribute much more material than I do yet it is very difficult for me to write a simple column. 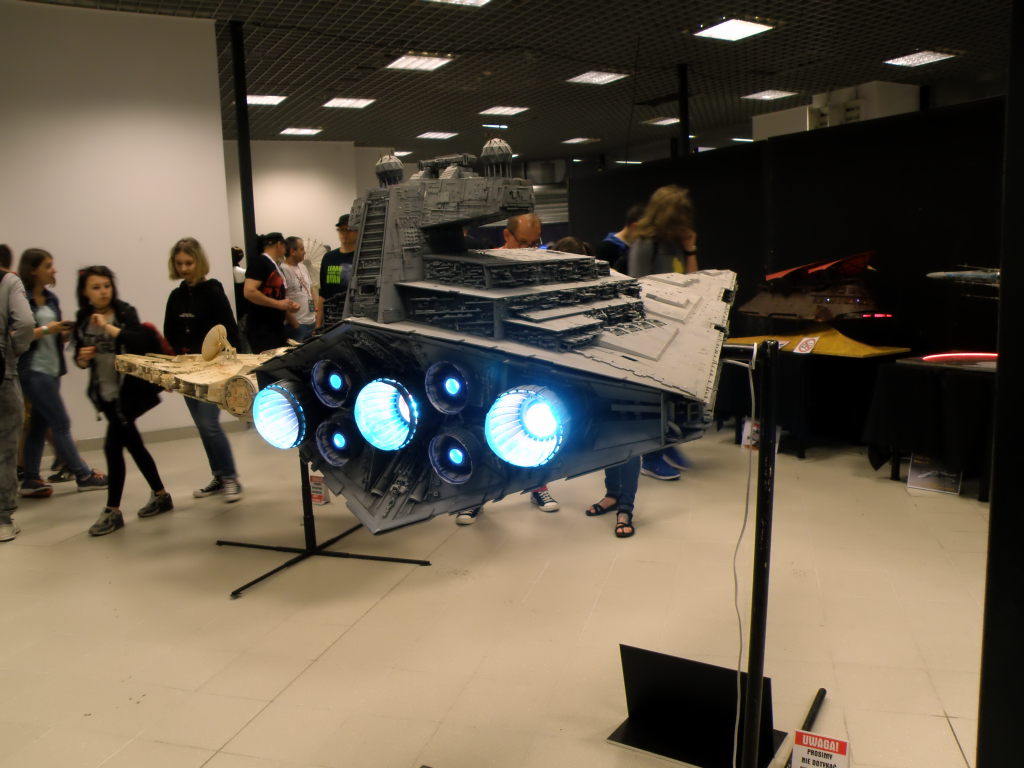 As you can see in a few of my previous posts there is quite a lot of conventions held in Kraków where I live. One of my favourite local cons is Lajconik organized by Krakowska Sieć Fantastyki (The SF/F Network of Kraków). It is a small society devoted to the genre. Recently the elections were held and I won them therefore starting on January 15th I will be the chair of the society. I am both thrilled and terrified by this opportunity. Also I am really happy that people trusted me enough to grant me with such a responsibility. 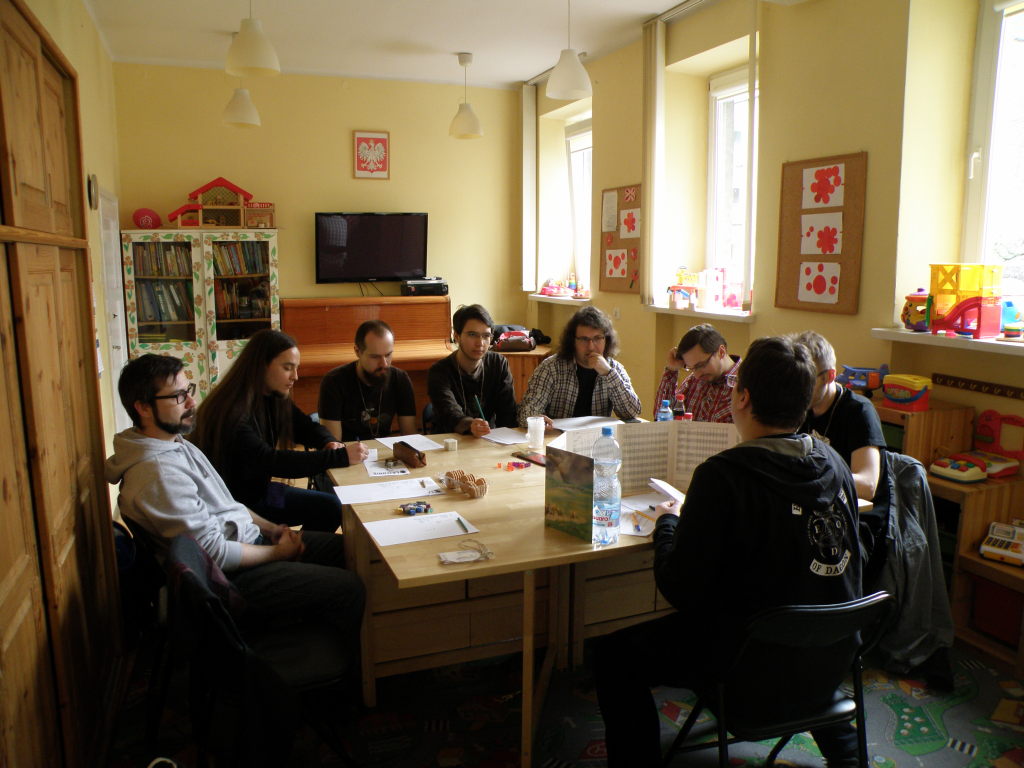 Lajconik is a small convention that I really love

We have a lot of plans for 2018 and for the future. Some of them are rather minor (like becoming more active on a day to day basis), some of them are larger. I cannot yet describe what they are but if we will decide to pursue some opportunities you will for sure be able to read about it.

Plans for the future

I want to be more active in 2018 than I was in 2017. For sure I plan to work again for Imladris and for Whomanikon (providing they will need my help). I also hope to do something more for several other conventions (especially Lemcon).

As for my writing I will continue this blog as well as I will continue writing for Smokopolitan and Ostatnia Tawerna. I have already submitted a paper for the second issue of KONcepcje (publication for conrunners). I offered my help with editing other papers that will arrive as part of call for papers and I already started doing so :). 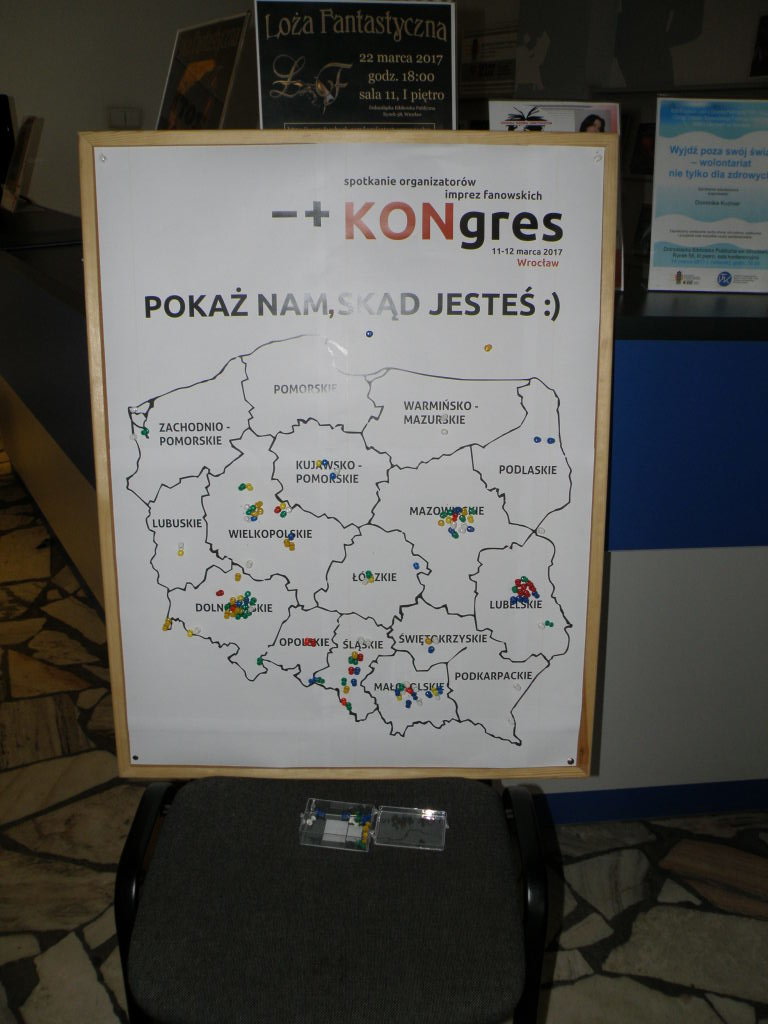 Unfortunately I know I won’t be able to attend as many foreign conventions as in 2017 :(. I hope to be able to go to Swecon and Eurocon and I would really love to visit Finncon but I know that I probably won’t be able to fit them all in my schedule. Especially Finncon may be an issue as it is held the same weekend as Polish natcon – Polcon. Of course each convention I will visit will be mentioned here ;). 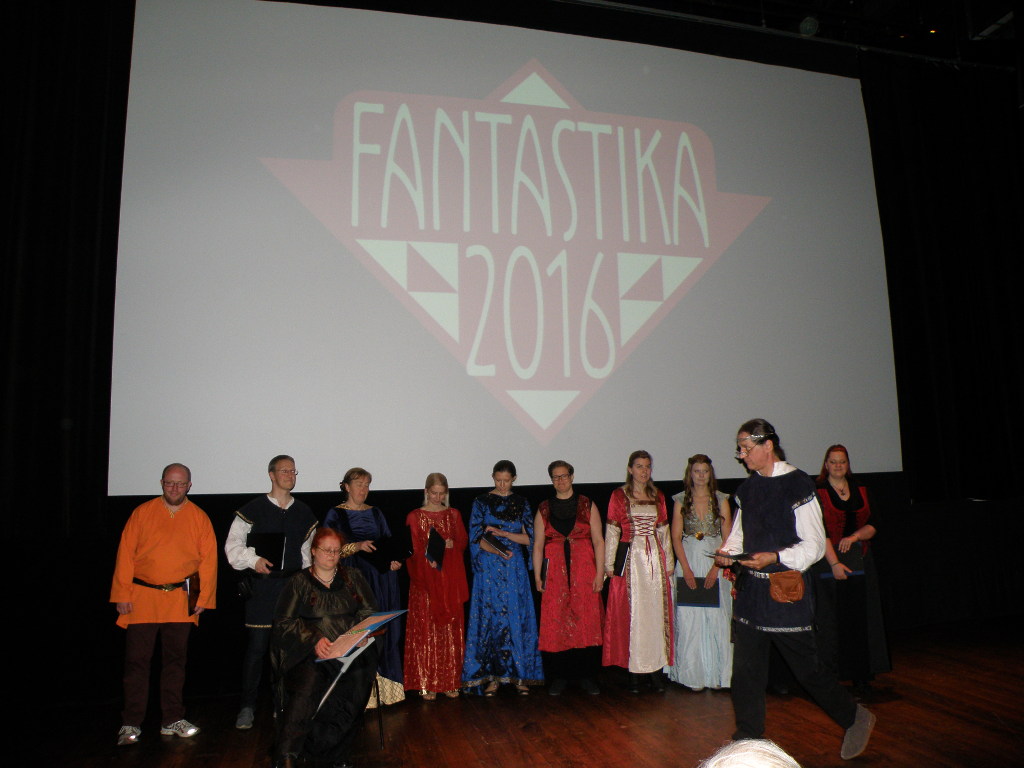 Swecon was the convention I really liked and O hope to visit it this year.

So I hope to see you on some cons this year :).